‘That’s How Confident I Was’: Redmayne Re-lives Grand Final Heroics

For a goalkeeper, it’s the stuff of dreams. To be the man to pull off the big saves in a penalty shootout to win your club the Championship.

It’s a moment in his career that is sure to live long in Redmayne’s memory and saw the 30-year-old called into up by Caltex Socceroos coach Graham Arnold for Australia’s June friendly with Korea Republic.

And it was during his time in Busan that Redmayne watched his heroics back for the first time.

“Josh Brillante went down with a head knock with a couple of minutes to go and I said to Aaron Calver ‘we’ve won it’,” Redmayne recalled of the final few minutes at Optus Stadium. 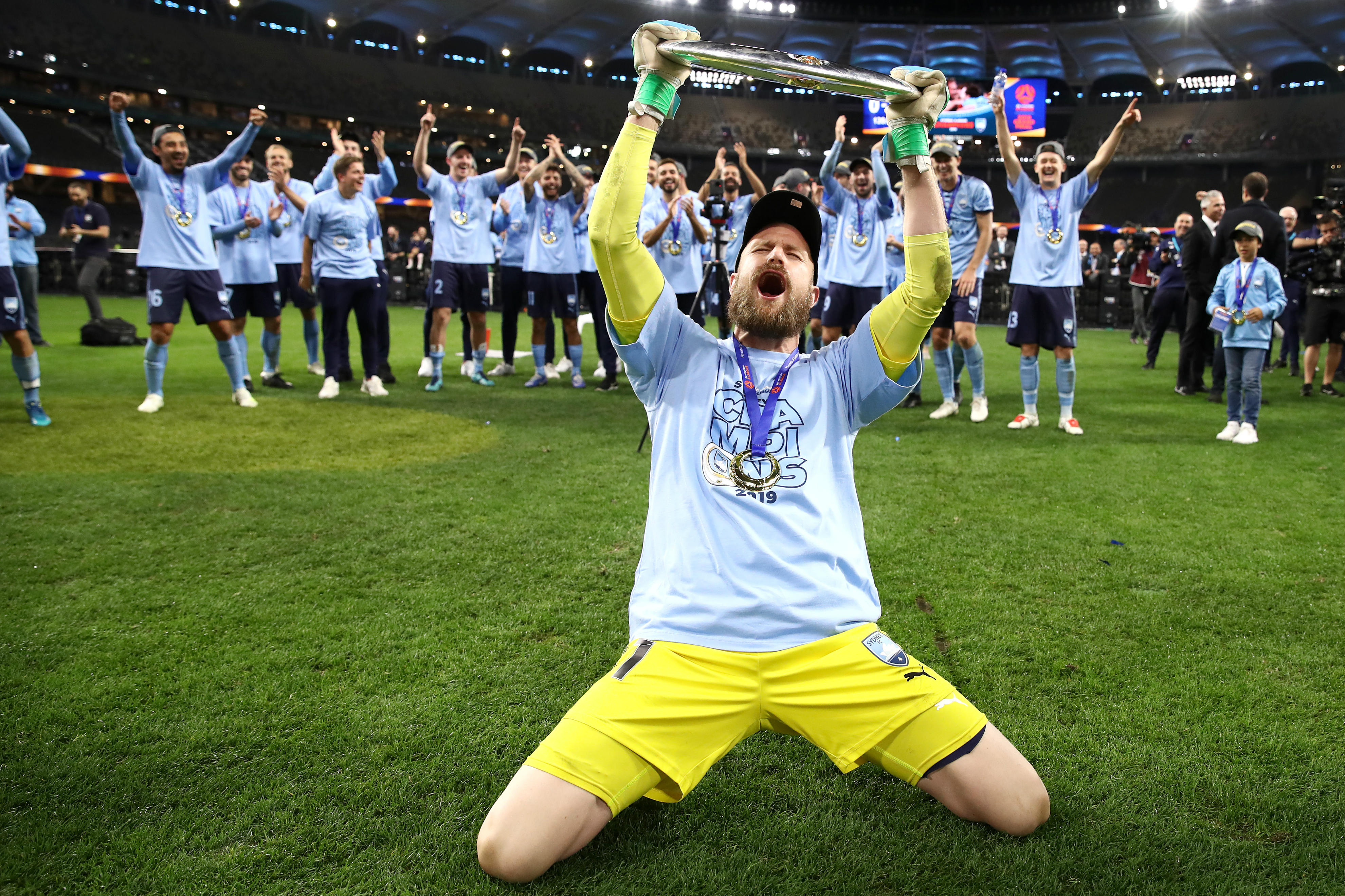 Redmayne had every right to feel confident, given Sky Blues goalkeeping coach John Crawley’s had a full dossier on Glory’s penalty takers.

But Redmayne revealed he didn’t watch any clips prior to the shootout, happy to go off Crawley’s instruction from the sideline.

While he went the wrong way with Glory’s first attempt from Spanish midfielder Juande, he denied Andy Keogh next with a full-stretch save to his right.

“Keogh we didn’t know, that was just a pure guess,” Redmayne conceded.

But there was no guesswork needed to stop Glory’s next attempt, with Redmayne keeping his feet to easily grasp Brendon Santalab’s ill-fated Panenka.

“I was told middle, we had discussed that one before,” Redmayne said.

“I hadn’t seen it but Crawley said if it’s not a dink, it’s just either side so try and stay up and try to react.”

Watch the full video with Redmayne in the video player at the top of the page.