A midfield dynamo for Sydney FC’s Westfield W-League squad, their leader on and off the field and a primary school teacher as well, Sky Blues star Teresa Polias a the jack of all trades.

Here, the Sky Blues W-League Captain details her top midfield tips and reflects on her time in the W-League to date.

What are your top three tips for playing in midfield?

Firstly you need to constantly scan the field to know what’s around you. You need to know where your markers are, where the free space is and spot your team mates runs.

Secondly, master your first touch so that you can control the ball and set yourself up for the next pass. This is crucial so that you’re not tackled deep while in possession which would allow the opposition to counter quickly.

Finally, know your defensive role. The midfield is the engine room so helping out defensively is just as important as offensively. A team with no midfield won’t be successful.

You’ve been playing in the W-League since it started, how have you seen it grow over the years?

It’s grown massively. At the start it was very much a domestic league and now it’s grown and developed and now we’re attracting some top international players. It’s now a league that’s known globally and a lot of players want to come here now.

At Sydney FC since 2010, how have you found your time at the club?

Yeah I love Sydney. I’ve always supported the club. In the first couple of season all the Sydney based players got split to either Mariners or Sydney, I got split to the Mariners and was there for a couple of years but making the move to Sydney was a dream come true. I’ve grown up in the area and I love playing for Sydney FC.

What are your favourite memories representing Sydney FC in the W-League?

Playing for Sydney FC, every squad has been a quality squad, all the players really. I’ve gotten to play with some amazing players that I’ll never forget and also how can you forget the Championship season, that was memorable year and hopefully we can repeat it next season. 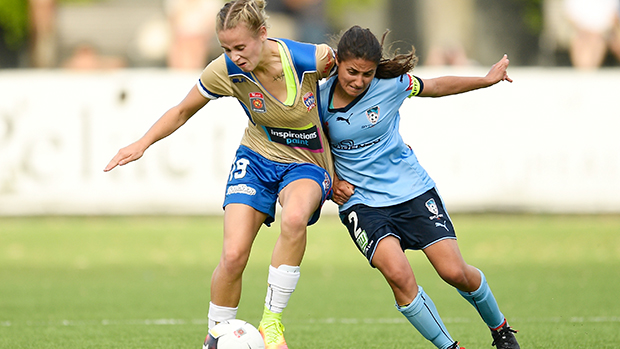