As part of Teresa Polias’ 10 year celebrations, we caught up with the Westfield W-League Captain to reflect on her top 10 games as a Sky Blue.

As part of Teresa Polias‘ 10 year celebrations, we caught up with the Westfield W-League Captain to reflect on her top 10 games as a Sky Blue.

NEWS: Exclusive Q&A With Teresa Polias On Her 10 Years

This is a regular-round game that has stayed in my mind for years! We played the game at Seymour Shaw and it was packed! Such a brilliant atmosphere which is probably the main reason why it’s so memorable. We have amazing fans and that’s one ground they love coming to support us at. We played very well that day and I can remember a beautifully crafted goal which concluded with a lovely chip by Nicola Bolger through the defence for Remy Siemsen to finish nicely. From that day on, each season, I’d hope we were playing a game or two at Seymour Shaw! 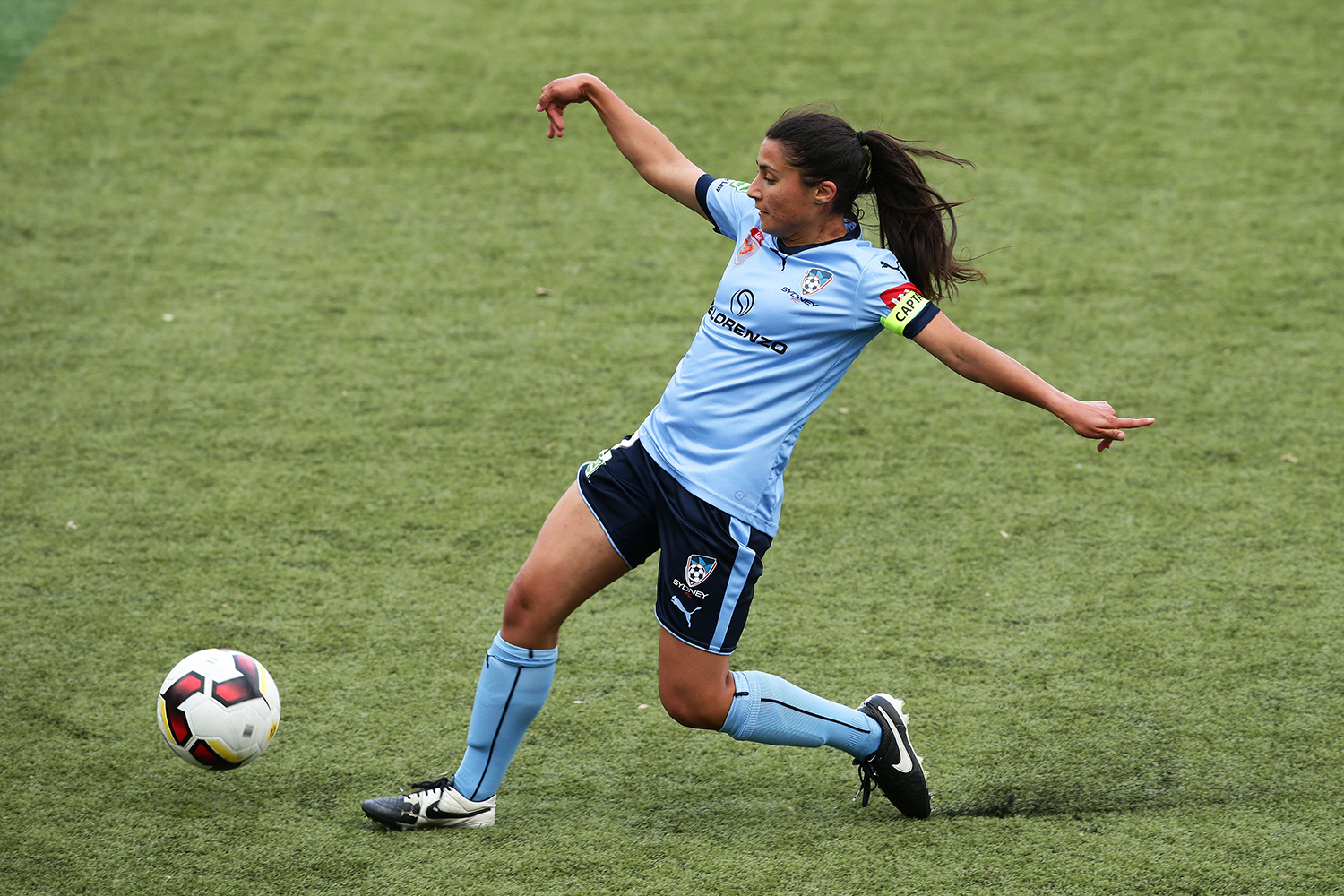 9. Our win by penalties against Colo Colo in the semi final of the World Club Challenge in Japan in November 2013. We finished third at this tournament and gained some great experience against some very well known clubs such as Chelsea, Colo-Colo and NTV Beleza.

We had just played Melbourne Victory a week prior to this meeting and they had played us off the park. After the regular season finished we had lost our right to a home semi so we had to head back down to Melbourne for the Semi-Final. This game is one of my favourites because it epitomises who we are as a club and team. During finals, year after year, we seem to find another gear and this was no different! What I’ll remember this game most for is our second half performance. Melbourne kept coming at us in extremely windy conditions and we just held our own. It was a great defensive team performance. There was so much pressure on us in that half but we were determined not to concede. We managed to hold on to our lead from an early Veronica Latsko goal and progress to another Grand Final making it 3 trips to Melbourne in a row! 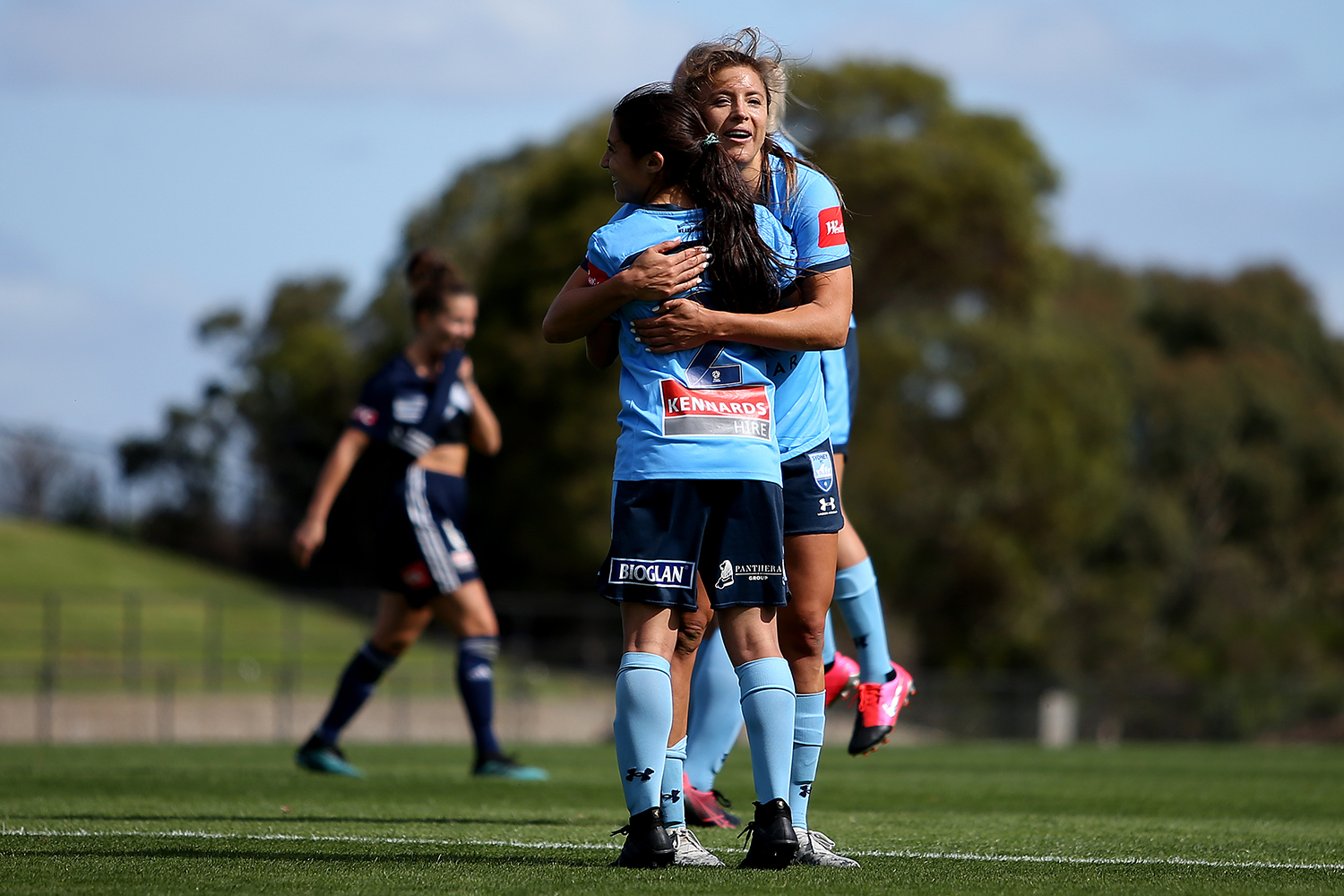 The year before they had bumped us off in the semi final in controversial circumstances. It was deja vu. This was our chance to heal our hurt from the year before. We had all been waiting for this opportunity. We got the win (3-2) in what was a tight match and went on to win the Grand Final.

We had trained tirelessly for this fixture and knew that it was going to take an extremely disciplined and clinical performance to beat one of Japan’s top sides! I can still remember the training sessions and the amount of tactical preparation we did during our sessions. Being the holding mid there was a LOT of running involved. I will never forget this result or the incredible teammates around me (Sam Kerr, Ellyse Perry, Leena Khamis, Chloe Logarzo, Casey Dumont, Jodie Taylor- just to name a few). Alen Stajcic had prepared us so well and had given us the belief we needed to get the job done on the day. A great result which saw us move on to play Chelsea in the Semi-Final. The whole experience at that tournament was brilliant and I can still remember many things from that trip both on and off the field that were really enjoyable. I don’t think any player involved will ever forget the dreadful turbulence we experienced on the way home!!! 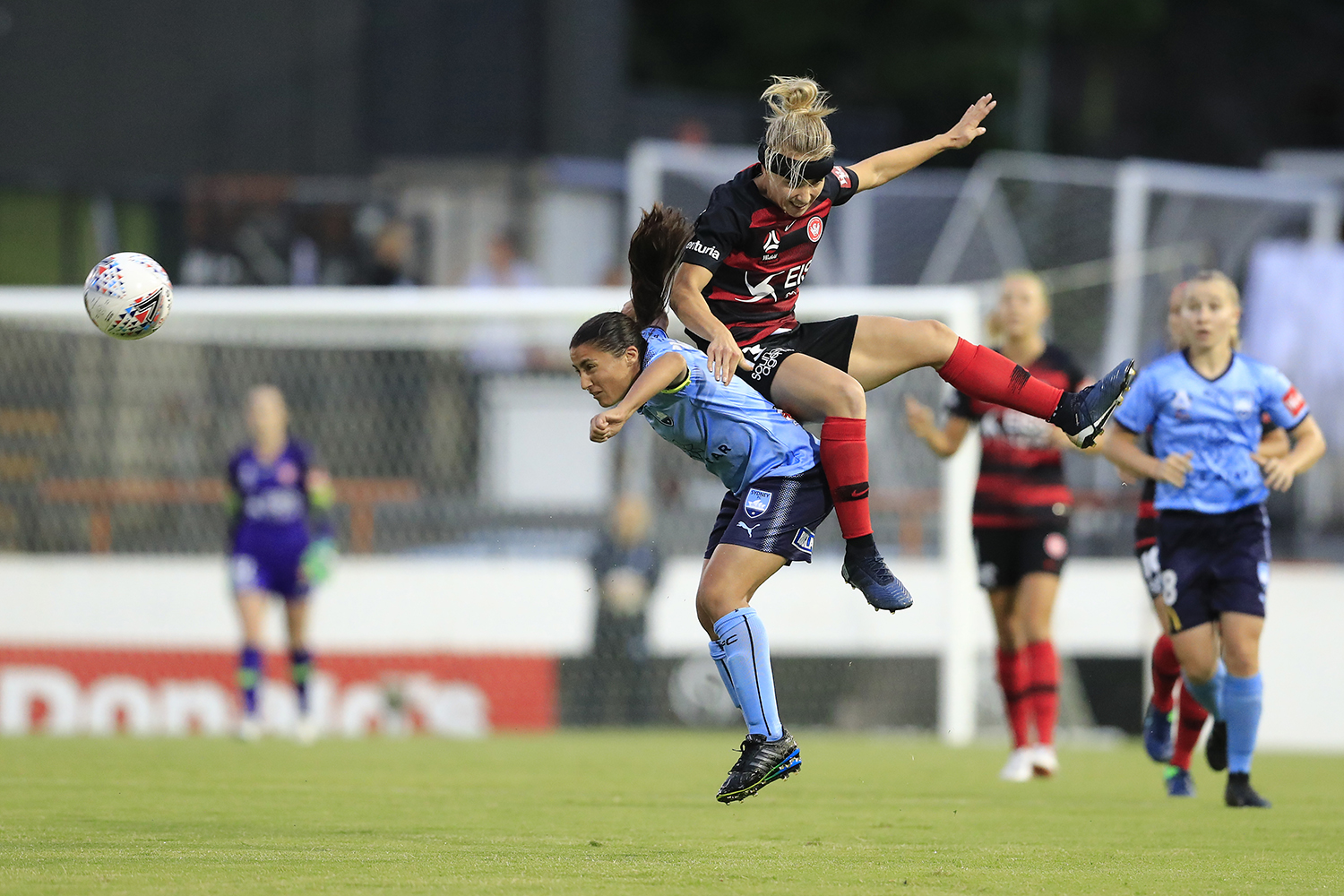 We started the season with 3 losses in a row and desperately needed a win to keep our season alive. We were very honest with ourselves and knew that it just was not good enough for us to have put ourselves in that situation and that we had a responsibility to rectify this. That’s the first reason why I’ll always remember this game- our resilience and perseverance. We played a great game as a team and I managed to score my first ever W-League goal. Remy Siemsen scored a late winner and which made it all the more exhilarating. We went on undefeated for the rest of the season and made the Grand Final. A bit of a hair-raising side story to this game is that after the game Julia Vignes had told me that she had a dream I would score. Lucky she told Ante Juric otherwise I never would have believed her! 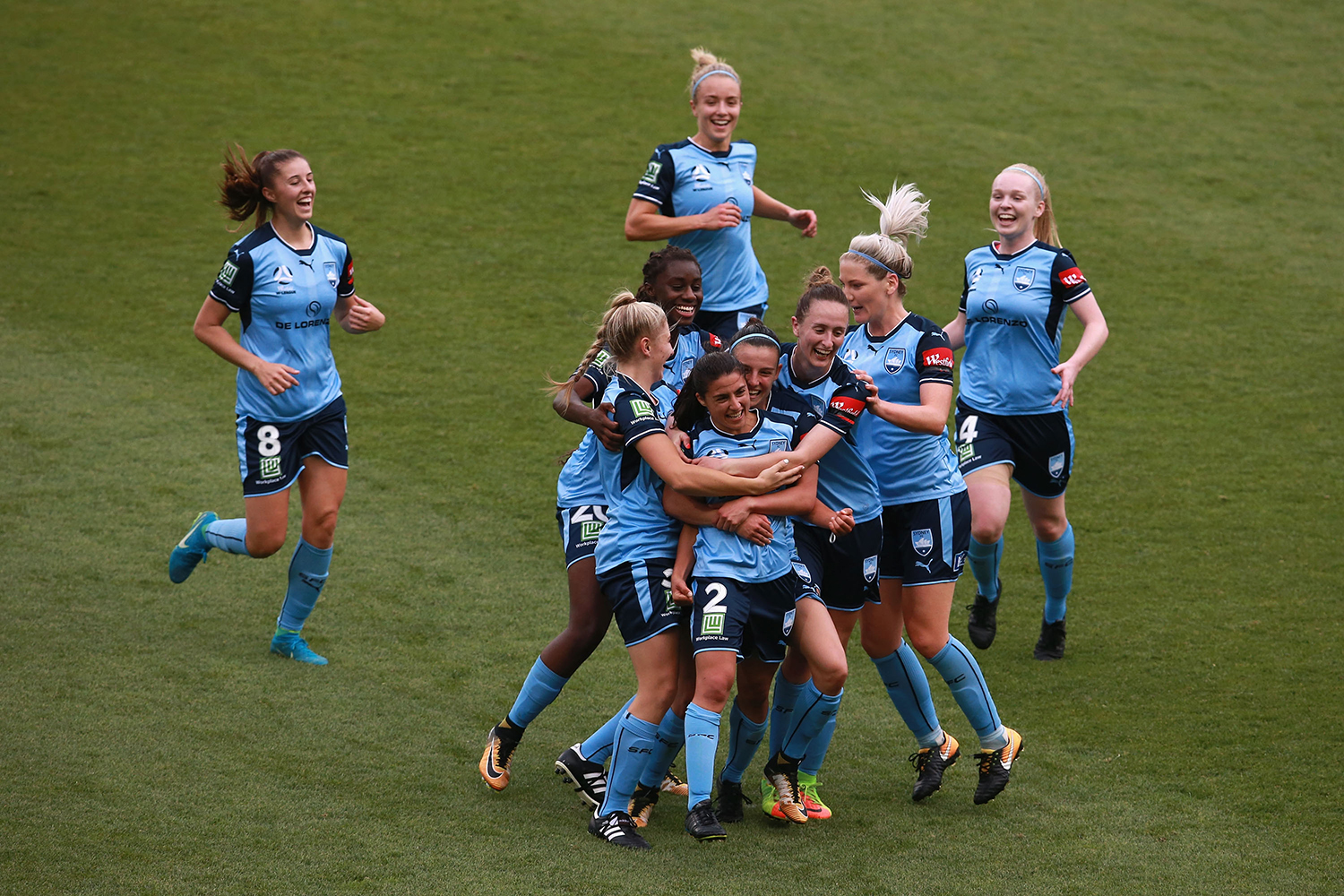 I know it’s strange to add a loss to this list but this game will remain one of my favourites forever. As a collective unit, there was a lot of learning that came out of this loss. I believe that this loss gave us the pain and experience that we needed to go on and win the Grand Final the following year. Another reason why I’ll always remember this game is because I think it’s the best game I’ve ever played. If you ask anybody close to me, they will confirm that I’ve never said I played well after a game. I always give 100% effort in a game and try my best to do my job, but I could always find faults and am never 100% satisfied. However, after this game I genuinely felt as though I’d played well and had the best game I possibly could.

We had a hostile crowd against us at AAMI Park. We were also a young team who had scraped into finals with good form at the back end of the regular season. After our semi final win against Brisbane we were so full of confidence. We reached a certain point in the game where I looked over to our bench and just sensed such a calm in our coaching staff. I’m not sure if it was after the first or second goal, but I can remember seeing Alen Stajcic sitting in his chair and you could just sense that he knew we would get the job done. So many memories from this game including Kyah Simon “shooshing” the Victory crowd as well as Sam Kerr’s signature backflip after she scored her diving header. 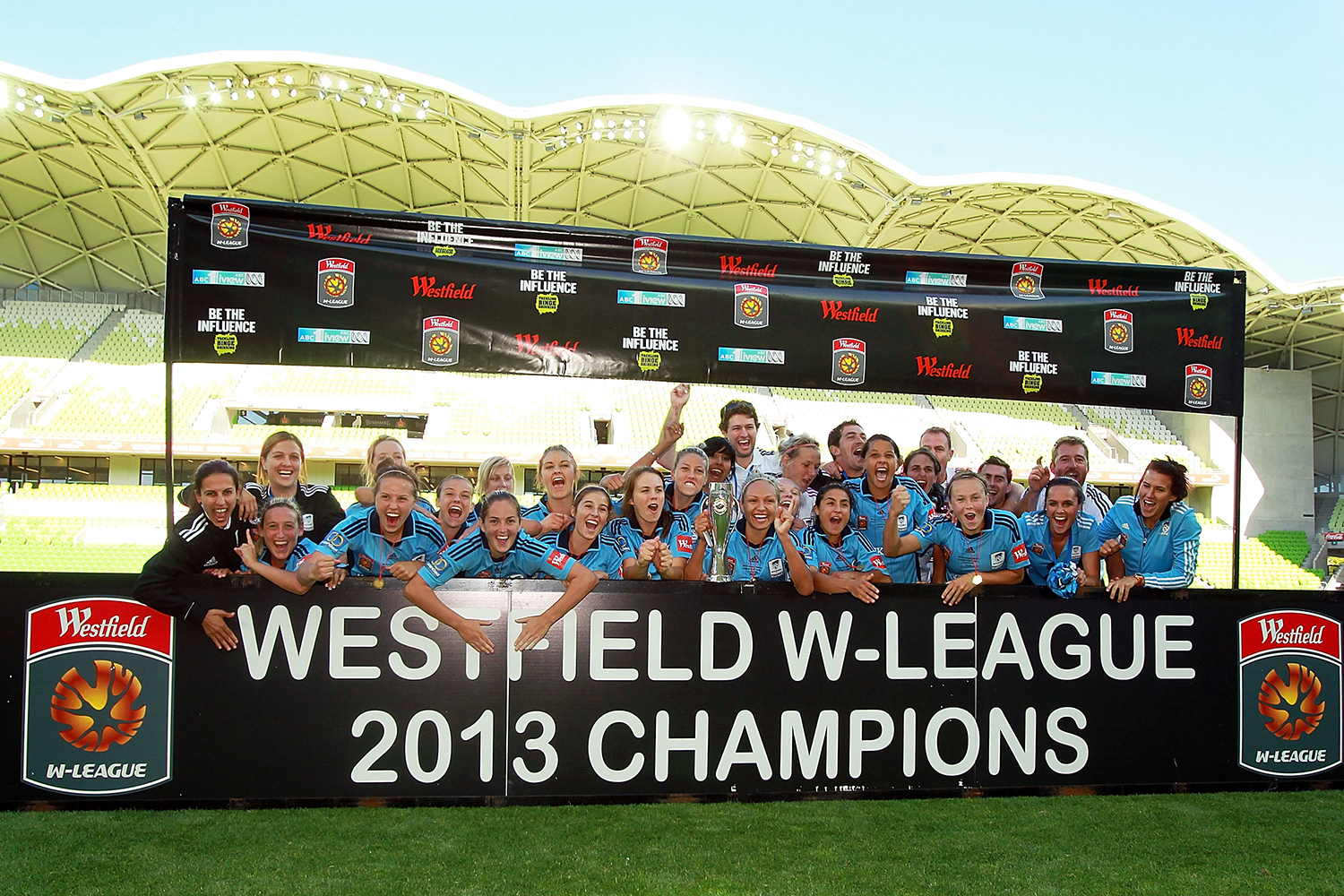 After 5-6 long years without a trophy we finally brought it home, at home. It was the most amazing feeling to win the grand final in front of our family, friends and fans. It was such a great atmosphere at Kogarah, literally in my local area, with my house around the corner. I’ll never forget this win. It meant to all of us so much on so many levels. It was for everyone who has supported us over the years including the Club itself and of course our families. What a game we had, with some memorable goals as well. Another example of the quality we have at Sydney FC and the resilience and persistence we’ve shown over many years. Long may it continue!