Ten Away Wins In A Row For Sydney FC

Sydney FC have extended their record on their travels with a tenth consecutive regular season away win against the Central Coast Mariners.

Striker Matt Simon struck twice in the last ten minutes to secure the 3-1 win against the club he had served for nine years prior to joining Sydney FC.

Shane Smeltz had opened the scoring for the Sky Blues before Roy O’Donovan equalised two minutes later in the first half.

The Mariners were reduced to ten men following a second yellow card for Nick Fitzgerald at Central Coast Stadium.

Sydney FC are now 17 games undefeated on the road in the regular season.

Graham Arnold : “The one thing we didn’t want to get involved in tonight was the chaotic style the Mariners play with but they dragged us into it in the first half.  Overall I’m happy because it’s hard against ten men but the tactical change worked bringing on Mickael Tavares, Matt Simon and Andrew Hoole.

“I’ve got a lot of time for Mattty, he’s a wonderful person and he’s a pain in the arse to play against.  He showed tonight how technically good he is also.  He has a record of one goal in every three games and if he can keep that up for us this season I’ll be more than happy.”

35’ SMELTZ GOAL – Holosko backheels the ball to Brosque from a Ryall throw in.  He passes to Smeltz who is free in the box to slot home.

81’ SIMON GOAL – Holosko makes a break and his pace takes him one on one with the Central Coast defence, he passes square to Simon who takes a touch and launches it into the top corner.

88’ SIMON GOAL – Tavares combines with Faty and makes a fantastic surge forward before hitting a superb cross to the head of Matt Simon who buries it.

19’ O’DONOVAN SHOOTS OVER – Central Coast Mariners striker Roy O’Donovan is set free on goal by Ferriera but blasts his shot over.

38’ PENALTY CLAIMS WAVED AWAY – Janjetovic dives at the feet of O’Donovan to make a save and claim the ball – claims for  a pen waved .away.

41’ RED CARD FITZGERALD – Fitzgerald for Central Coast given a second yellow for having taken out Dimitrijevic with a challenge. 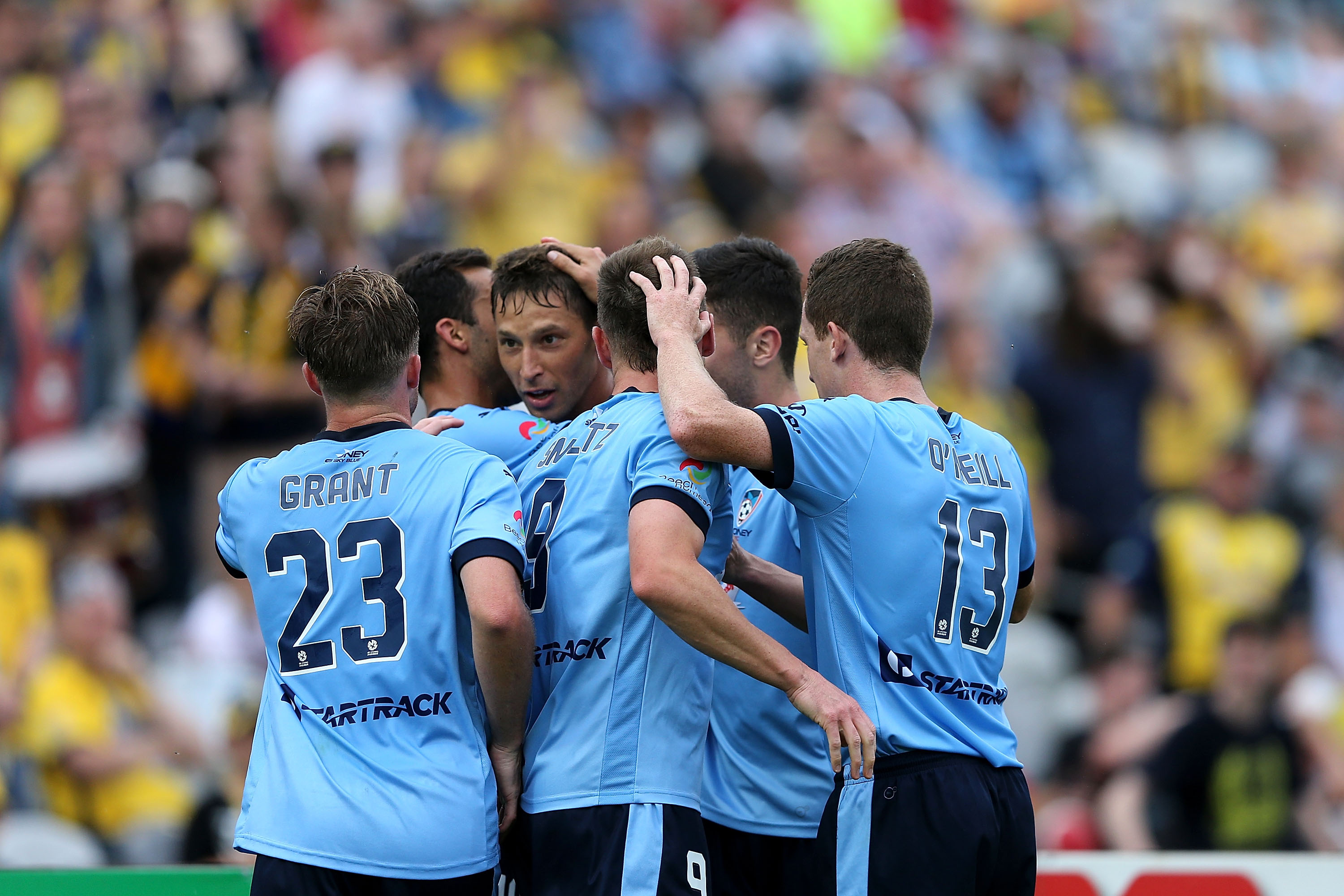 Sydney FC Memberships are still on sale for the 2015/16 season.    Click HERE     to become part of the Sky Blues family