After a star turn in a smashing 4-1 win over Adelaide United, Sydney FC rising star Chris Naumoff says the Sky Blues will prepare as usual for next Sunday’s blockbuster Grand Final Melbourne Victory at AAMI Park.

Sydney FC buried their Reds hoodoo in emphatic fashion, holding off a late surge to win 4-1 at Allianz Stadium on Saturday night to book a Hyundai A-League grand final meeting with Premiers Victory.

An early Bernie Ibini goal and a brace from skipper Alex Brosque either side of half-time had the Sky Blues in cruise control before the Reds produced a late flurry of chances.

But it was the Sky Blues who finished with a bang, Naumoff capping a sublime performance with a late goal to send Sydney FC to their first decider in five years.

“Definitely one of my best [games],” the teenager told reporters after the game.

“Obviously a very exciting game for myself and good to get the goal at the end.

“And we’re into the Grand Final next week and we’re aiming for the win.

“We’ll work this week as we usually do and prepare ourselves for that game.” 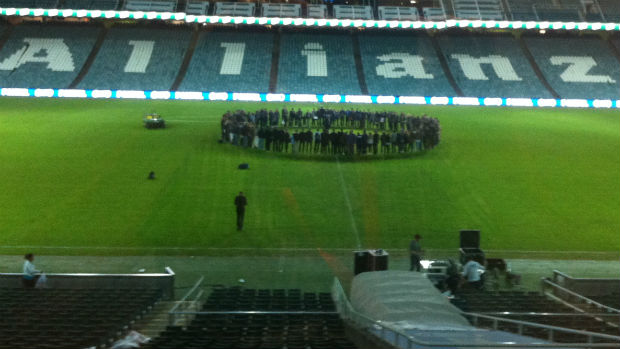 Sydney FC players held a huddle after the game on the pitch where coach Graham Arnold stressed the job was not over.

And an hour after the game Graham Arnold addressed a second huddle on the pitch, a group of around 100 strong friends and family and the players were brought together to underline the unity of the club ahead of their date with destiny.

“I try repay that faith each week. It’s good he feels that way about me but that game’s in the past now and the biggest game of the season is next week,” he said.