Team of the week: Hyundai A-League Round 5

Check out which of your Sky Blue stars made the Hyundai A-League Team of the Week for Round 5.

Shot-stoppers caught the eye in a round of few goals but classy displays from those down back. Did the A-League get their team of the week right for Round 5?

Redmayne, Young, Smith and Thomas all caught the eye but how can you go past Paul Izzo? A Superb stop down low to deny the great Diego Castro from 11 yards really caught the eye, and some magical saves all but kept out Glory before Andy Keogh broke Reds hearts.

The Spaniard’s attacking work on the left was superb (it was his cross that Riera powered home for the opener against Victory on Monday night). His energy up and down all night pinned Victory back, and his strong defensive showing proving he’s one of the foreign signings of the season. To edge Michael Zullo out of the team of the week shows just how classy the 31-year-old Madrid-born Wanderer was on Cup eve.

Want grunt in the centre of defence? “Granty” provides. But so much more. He bossed the Reds in their 1-0 win at nib, and his partnership with Shane Lowry is one of the best central defensive combos in the league. Grant reads the game so well.

Powerful tackler? Yes. Smart distributor? Yes. Vision to play out from the back? Yes. Big Rhys has it all. And a recall to the national team cannot be far off. He was immense against Wanderers. We could’ve picked his defensive partner Thomas Deng, too.

Any worries the Sky Blues had about replacing the indefatigable Rhyan Grant have been dispelled. The ex Socceroo is getting forward, has his customary bite in the tackle and scored a rare goal – the winner no less – in the top of the table clash won by Sydney FC 1-0 over City. “Wilky” just edged out the excellent Brendan Hamill of WSW.

Watching Jets is a joy. Free-form attacking triumvirate of O’Donovan, Petratos and Nabbout (plus livewire Joey “JOWIC” Champness off the bench) are turning heads. But who’s been doing the dirty work in midfield to allow them to flourish? It’s “Kanta”. What a season this “young veteran” is having. The defensive mid absolutely bossed it against Phoenix on Saturday night and is in career-best form.

As the creative “10” in front of Kanta, Dimi will do nicely. He scores, he creates and works hard. Was key in the 3-0 win over Phoenix.

So full of energy and intent, the City winger is now demanding to be picked each week in what is a very strong squad at Warren Joyce’s disposal. “Fitzy” gave Sydney FC all sorts of problems down the right.

The Irishman played on the left of a front three and worked tirelessly for his team and when needed, powered home a winner against the Reds. For this team of the week, we’d also play him wide left.

Yes, he missed the pen (he’ll argue the VAR delay didn’t help) but the Spaniard is such a clever striker and his combinations with Cejudo are class.

Two goals and the cheekiest of assists in back play for the third. Seven goals for the season. This is turning into the Roy O Show after another masterclass against Phoenix.

Manager of the Round: Graham Arnold (Sydney FC)

Ernie or Arnie? We went for the Sky Blues mentor because the machine that is Sydney FC faced their toughest task and showed what they are truly capable of by disposing of unbeaten City in a top of the table clash. 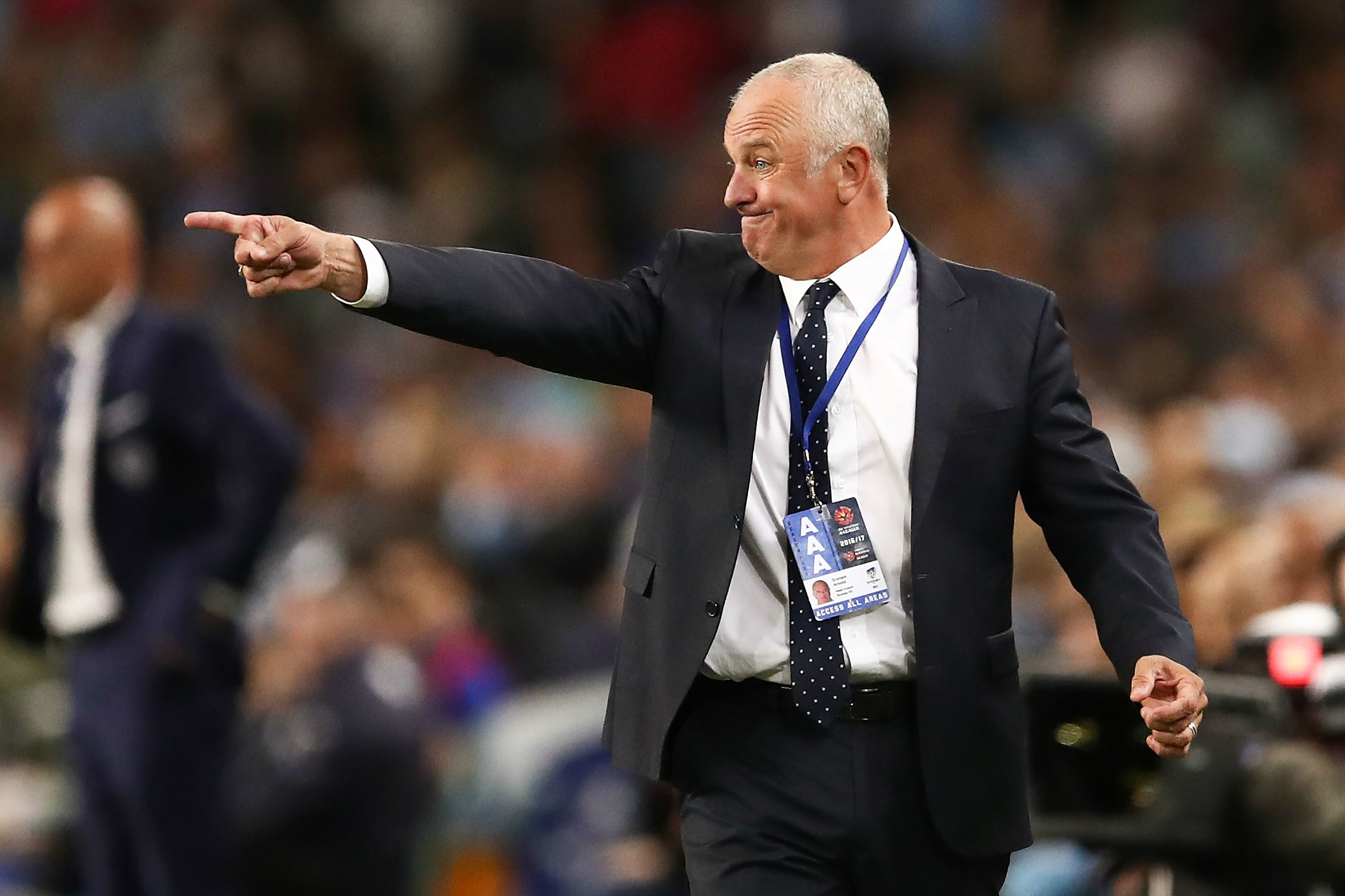