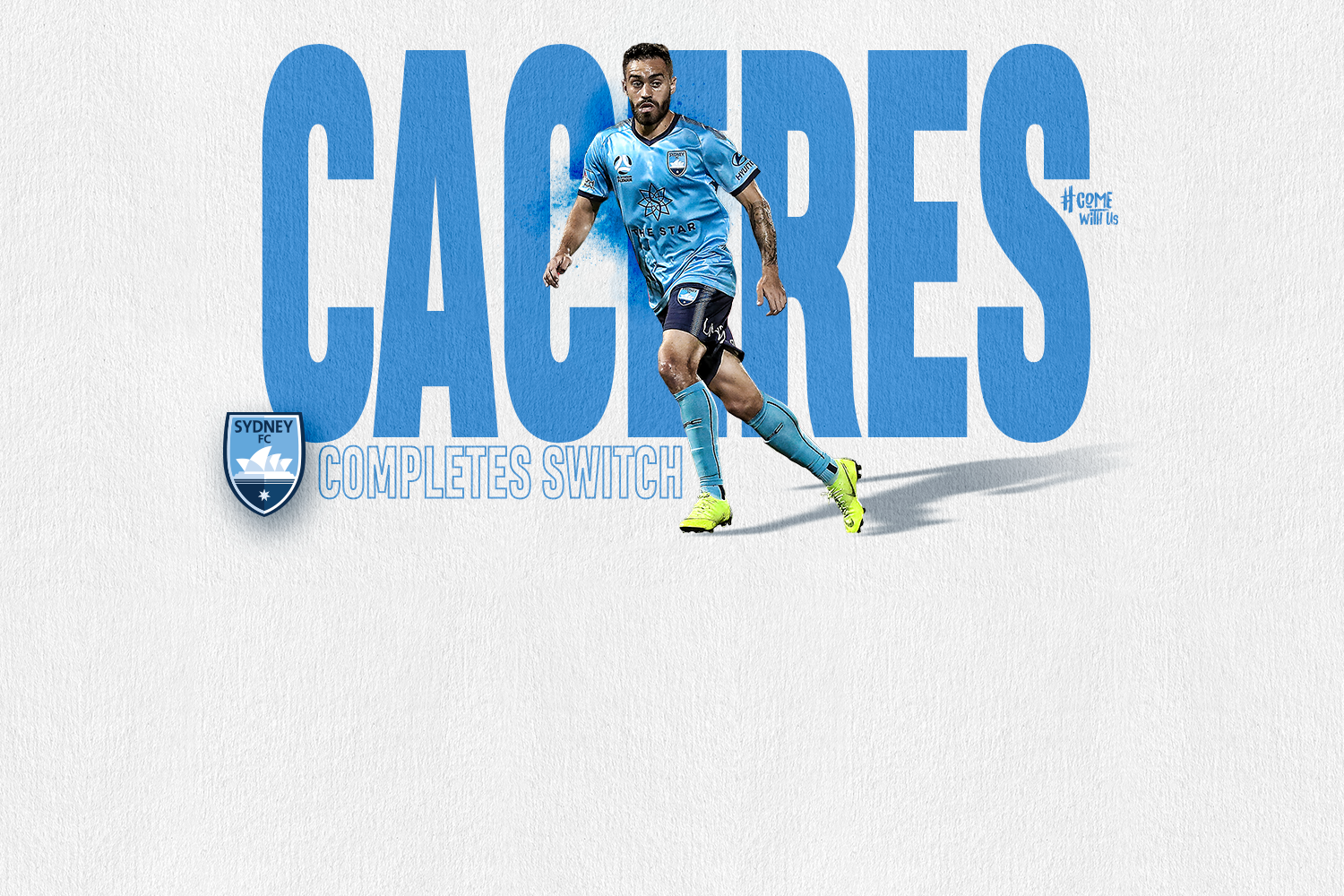 The 26-year old Australian joined the Sky Blues in January on loan from his parent club, and impressed in the five months with a number of industrious displays in the Hyundai A-League and AFC Champions League.

“Anthony was a fantastic asset last season and put in a number of impressive displays across all competitions,” he said.

“His skill and versatility make him a great option for us both domestically and in Asia and I’m looking forward to working with him again.

“Anthony has truly embraced all that it means to be a part of the Sydney FC family and he’ll be welcome addition to this great group of players.”

Caceres said he was excited to be returning in Sky Blue for the new season.

“I’m thrilled to be returning with Sydney FC,” he said.

“I’m driven to win more titles and to go further than this club has gone before in the Champions League.

“Tasting Championship success last season was just the start and I’m eager to repeat that feat in 2019/20.

“I can’t wait to get started.”

Caceres will wear the number 17 shirt and returns to training today as part of the first group of players back at the club.