With his sights set on returning this weekend, Terry Antonis hosted the live Twitter chat today ahead of our massive semi-final against Adelaide United. During the 40 minutes we learnt about the story behind those shoes at The Sky Blue Ball, how he plans to score past Galekovic and his career highlight.

Behind the Game: When would you like to come on the Podcast Terry? Contact our Media Team #SydneyFanChat

Anthony Vescio: If you collected all 7 Dragonballs, what wish would you make? To have unlimited wishes of course! #SydneyFanChat

Hamish Walsh: Favorite goal in the sky blue jersey? How about the cracker against Perth last year in your first game back? The winner against the Wanderers because it was in a Derby & at their home ground in front of their fans! #SydneyFanChat

Penny Filipe Loloa: Will you be back in time for Spurs and Chelski Friendlies? I should be! Fingers crossed i’ll be back way before that! #SydneyFanChat

Kobi Wheeler: What is the weirdest thing that you’ve ever experienced on the pitch? That time a couple of seasons ago when a streaker ran on the field! #SydneyFanChat

Marc Janko: Terry who picked your awful shoes for the Sydney Ball’s night? I know you wanted to pick them, that’s why you keep asking 😉 #SydneyFanChat 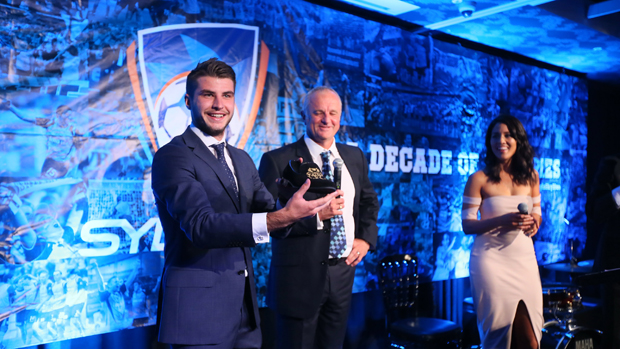 Patrick Brooks: Do you ever go to watch any NPLNSW games if you got the weekend off? I go and watch my brother play, he players for @SydUtd58FC U14’s #SydneyFanChat

Sportal: What would happen if Pinocchio told you his nose would grow? Nothing! He’d be telling the truth wouldn’t he! #SydneyFanChat

Ahmad: Hi Terry, are you and the team prepared to verse @SpursOfficial and @ChelseaFC? Yeah! It will be a great experience for us and see how we compare to top football teams around the world! #SydneyFanChat

Alexandra: Terry, how many hat tricks are you going to score on Saturday night? Hopefully one! #SydneyFanChat

FC Five Dock: What were you like as a 6yo and what are your memories of that 1st club? Scoring my first goal would have to be one of my best memories, and being able to play with my friends! #SydneyFanChat

Simon: What’s your favourite Greek food? There’s too many to pick from! I can’t pick just one! #SydneyFanChat

Hamish Walsh: Tezza, who do you dream of playing for overseas? I’m a @ChelseaFC so I’d say them #SydneyFanChat

Shannon Hind: What’s it like playing with Marc Janko? Playing with @JankoMarc is really exciting. To play with a player of his calibre is great! #SydneyFanChat 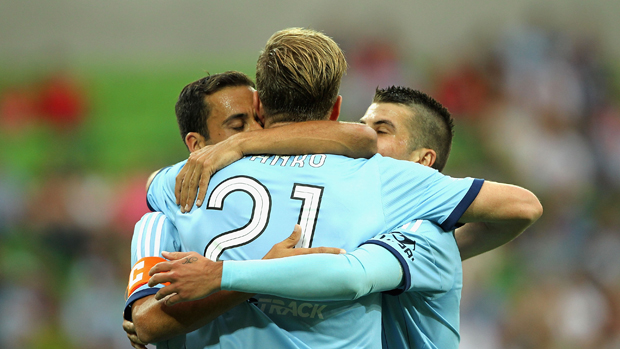 Peter Vernicos: Which david jones do we go to to get ‘royal’ ? really keen to get it! It’s being released out this weekend 😉 #SydneyFanChat

Hamish Walsh: Whats your funniest moment of this season? Have to be what goes on in the training room at times haha! #SydneyFanChat

Peter Vernicos: Terry you are my idol ! #TA17 who was yours growing up as a kid? My idol growing up would have to be Diego Maradona #SydneyFanChat

David Moore: Does Graham Arnold ever smile? Yeah he does at times! #SydneyFanChat

sam marrone: Hey Terry, how was the feeling in place the final nail in the coffin against WSW? It was an unbelievable feeling and something i’ll always cherish! #SydneyFanChat

CamKing: Hi Terry, How big of an influence was your football education at @WestfieldsSport to your career progression? .@WestfieldsSport played a big part, a few us of play in the @ALeague & being able to train extra days helped! #SydneyFanChat

Simon: What’s the biggest highlight of your career? Biggest highlight would have to be getting picked in the @Socceroos & being a part of the Asian Cup squad! #SydneyFanChat 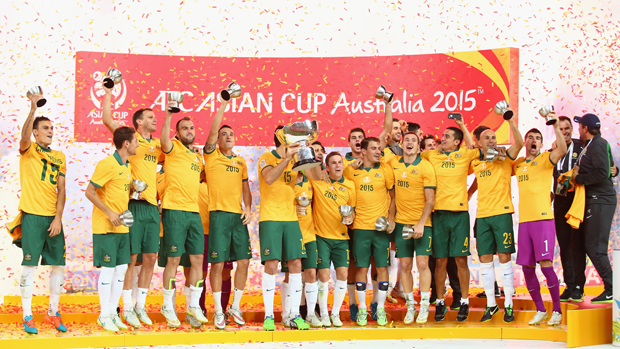 Burney Wong: How do you put the ball past Galeokovic? Maybe if we tie his hands up pre-match or put Vaseline on his gloves haha #SydneyFanChat

Anthony Futia: Hi Terry, are you upset that you can never be known as “Saint Terry” at @SydneyFC thanks to #McFlynn? Nah Terry McFlynn desreves it because he’s a Legend of the club so i’ll never be upset! #SydneyFanChat

SFC.FTT: Terry who do you like beating more… WSW or Victory? Tough one! I’d have to say WSW because they came into our city & whoever the biggest club in Sydney is wins 😉 #SydneyFanChat

Sydney is Sky Blue: So who put you up to wearing those shoes at the #SkyBlueBall? I just saw them, got them from Squire on Oxford St and thought i’d try them out! #SydneyFanChat

Nick: Good luck for Saturday and great to have you back Terry. Which team do you follow in Greece? Thanks Nic! The Greek team I follow is @OlympiakosSFP #SydneyFanChat

Simon Overall: Hey @TerryAntonis,  how’s the mood at training ahead of Saturday nights big clash? Hope to see you on the bench! Thanks Simon! Training has been really well and the mood from all the boys is good! #SydneyFanChat

Mernie Errick: What colour did you think THAT dress was? I reckon it was Blue and Black!! #SydneyFanChat