Sydney FC defender Seb Ryall hosted the live Twitter chat today ahead of Saturday’s second Sydney Derby of the season. During the hour we learnt how he feels playing for the Sky Blues, whether there’s any more milk crate antics in store and his tanning habits.

James: Seb, what’s been the highlight of your career so far? My highlight so far would have to be winning the 2010 Grand Final against Melbourne #SydneyFanChat 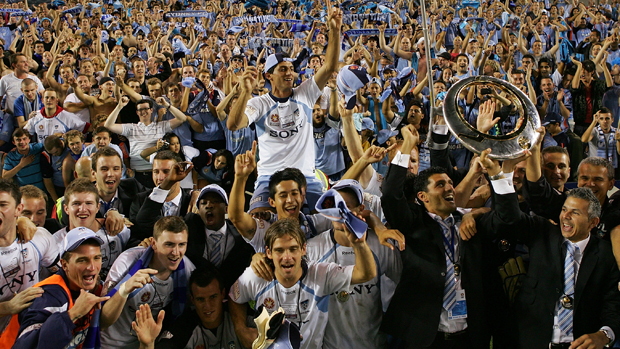 YUMNA: what do you feel as a player of a big and famous Club like Sydney FC..?? I’m a Sydney boy and it’s a dream come true to play for the biggest club in Sydney and the A-League! #SydneyFanChat

Johnson ZHANG: Hi Seb, was your best goal the one with a solo effort against Victory on 26th January 2014 in your @ALeague career? I think it was one of my best but my favourite was the bicycle I scored when playing for the Young Socceroos #SydneyFanChat

Johnson ZHANG: seb, how pumped are you for the 8th edition of #SydneyDerby ? Do you think you will score a goal? I’m really pumped and i’d love to score in front of the travelling Cove #SydneyFanChat

Johnson ZHANG: if ever you leave this team, who will you miss in the team and why, seb? I think i’d miss @RhyanGrant the most #SydneyFanChat 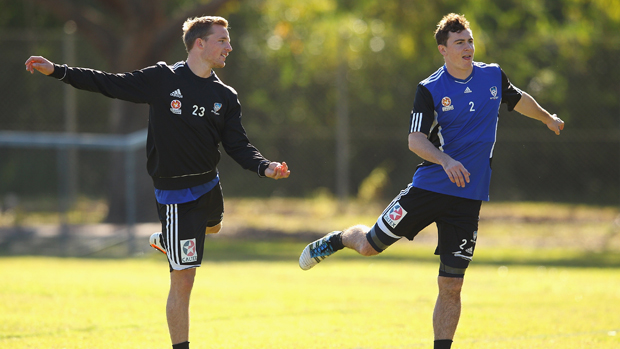 Matt Corish: Seb will we be seeing anymore milk crate antics during pre match interviews in the future? Possibly 😉 I’ll think of something! #SydneyFanChat

Blossom: what pokemon do you start with? I don’t remember, I think I picked Pikachu #SydneyFanChat

Simon Overall: Hey Seb, who would you rate as the team you dislike the most, Victory or the Wanderers? If I had to choose i’d say Western Sydney #SydneyFanChat

Jaylee: do you have any pre game rituals that help you get psyched up before the game? I just like to relax and listen to music before a game #SydneyFanChat

Anthony Vescio: What teams did you play for growing up? Northern Spirit, NSWIS and AIS #SydneyFanChat

Anthony Vescio: You were in the Cove when Sydney won 2006. What was it like winning against Victory in 2010 with Cove watching you? It was one of the best days of my life and a dream come true #SydneyFanChat

Anthony Vescio: Do you care that @RhyanGrant has bad hair? To be honest it’s improved but he’s still a battler #SydneyFanChat 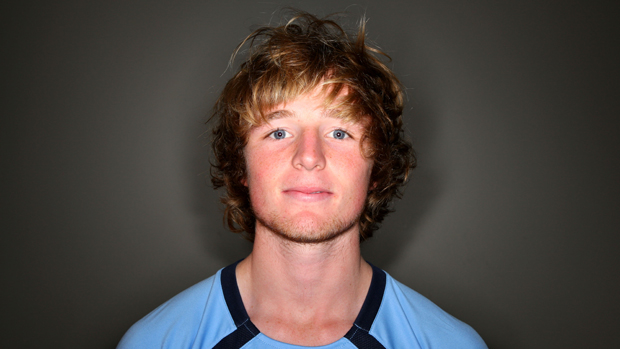 Rhyan Grant: why are there rumors you use fake tan and get your teeth whitened going around? Is this true? I’m just trying to compete with you for CLEO Bachelor of the Year mate! #SydneyFanChat

Sydney Is Sky Blue: Would you be happy staying with @SydneyFC the rest of your career? I’d love to go overseas one day but as long as I’m in the A-League I wouldn’t choose to go anywhere else! #SydneyFanChat

Sam Chu: Seb Was #2 your choice or given to you? If your choice why? Any particular reason? I wanted 10 but Steve Corica wouldn’t give it to me!

Sydney Fc: what are your thoughts on the upcoming derby on the weekend? Are you feeling positive? We’re confident, we’ve got good form going into it and it’d be great to win again for the fans #SydneyFanChat 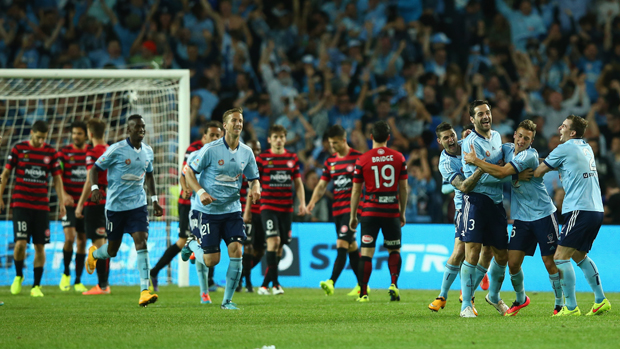 Yiannis Daras: who has the best front lawn in the team? .@IvanNecevski tries his best but I’ve seen better #SydneyFanChat

the inside man: Seb which player do you fear coming up against the most in the league? It doesn’t matter because I’ll always tackle them 😉 #SydneyFanChat

Scott Jamieson: is it true you only got a sleeve cos it was deemed cool and girls like it ? True! #SydneyFanChat

Alex Gersbach: hey Sebastian, how many times a week do you go to the solarium? I only tan at night time #SydneyFanChat

THE BIG GAME PACK – Sydney FC face some tough competition in a short space of time and we have bundled the games together for a great package, with savings of over 30% on single game ticket purchases. See the Sky Blues take on the Melbourne Victory, Central Coast Mariners, Brisbane Roar and Melbourne City for a discounted price and receive exclusive Members’ benefits!  CLICK HERE!