Coming off his first two matches since an injury layoff, Matt Jurman hosted the live Twitter chat today ahead of Sunday’s clash against the defending Champions Brisbane Roar. During the forty five minutes we learnt what he thinks about marking Harry Kane, his wish if he collects all the Dragon Balls and who the worst singer in the squad is.

Domenic Dileo: what’s it like playing along side Thomas Broich? Hell of a player ! He’s a quality player and a good guy. Will be good to face him on the weekend! #SydneyFanChat

Anthony Vescio: Hi Matt. Since someone took my usual starter Pokemon question, what wish would u make if u had all 7 dragon balls? I’d wish for a @NutellaGlobal tree in the back of my house! #SydneyFanChat

Alex Eduardo: hey @Jurman_5 would you rather fight 100 duck-sized horses or 1 horse-sized duck? The horse sized duck, that way i know where it is all the time #SydneyFanChat

Gianni Cognetti: Who’s one player from any club in the world you’d love to play aside? Gerrard & @DanielAgger #SydneyFanChat

FATY doudou jacques: Just wanna say u are a fantastic player. Keep going. My question what is ur objectif for the next years? Thanks @JacquesFaty! To keep improving myself & win more titles! #SydneyFanChat

David O’Keefe: Jurms, I see youve been in the gym again by the look of those guns??? Yeah Clarky has me on a good program! #SydneyFanChat

Samuel Bortolazzo: Favourite memory as a SFC player? Surely has to be scoring in the derby? Without a doubt scoring in the Derby is a huge highlight. Just winning the Derbies in general is great! #SydneyFanChat

Tim Jenkins: Hi Matt, apart from our fortress, which @ALeague  venue has the best atmosphere when full? AAMIPark in Melbourne because everything is so close to the field & the atmosphere is good #SydneyFanChat 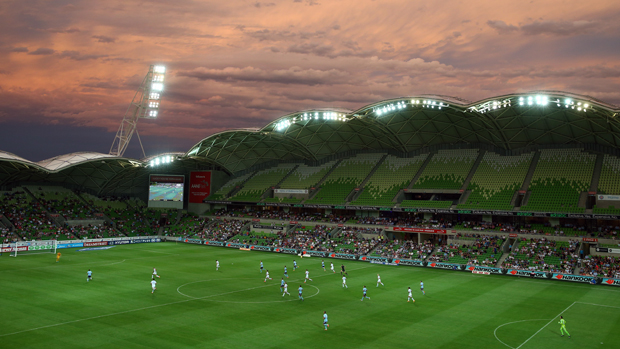 Hamish Walsh: Who would you love to play for outside of the A-League? I’m a @LFC fan and it’d be amazing to play for them one day! #SydneyFanChat

Dan #14: FIFA or PES? FIFA any day of the week! @SFC_Danny #SydneyFanChat

Peter Vernicos: ultimate team or career mode ? I only play the kick off when I go to mates places or when they come over #SydneyFanChat

Matt Bungard: Hey Matty, How does it feel knowing that your shoulder has scored more goals in the #sydneyderby than Vitor Saba? Was an honour, I practised that a lot last season so it was good for it come off in such an important game! #SydneyFanChat 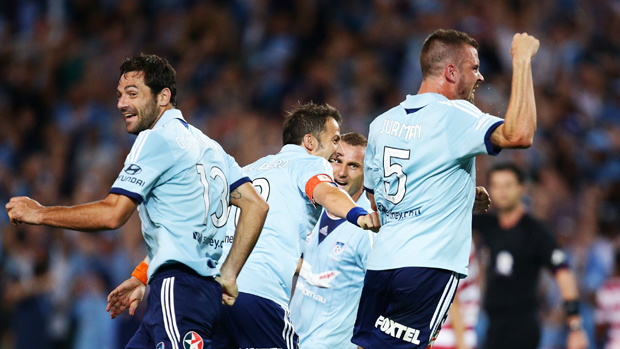 Dale Roots: Matt, you’re a Wollongong junior; do you think the region deserves an #aleague team? Why not? I used to watch Wollongong Wolves when I was younger #SydneyFanChat

Peter Vernicos: what is your ideal outcomes as an individual and team for the rest if the season? Keep playing consistently and win the @ALeague Championship & Premiership! #SydneyFanChat

SFC.FTT: Who’s the worst singer in the squad? Has to be @TerryAntonis! He’s pretty bad! #SydneyFanChat 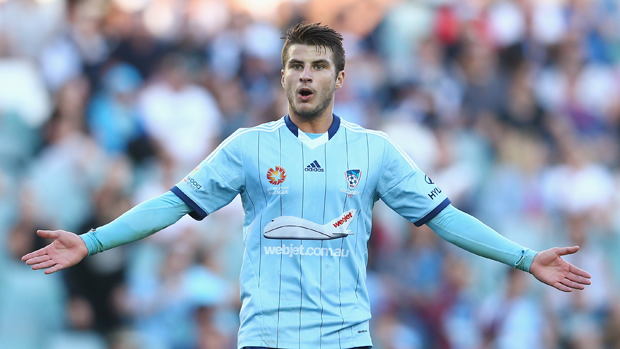 Evan Sieff: Some speculation about your future – is it a priority of yours to be at a club where you’re the first-choice CB? I’m happy @SydneyFC. Love to play every game but I’ve come back from illness. Happy to have played the last 2 games #SydneyFanChat

zคς ђคгкเภ :  Thoughts about how Sydney FC will go against @SpursOfficial? It’ll be a tough match, but we beat @whufc_official so you never know! #SydneyFanChat

John Smith: Arnie playing games with the media, naming you at LB. Do you see yourself purely as a CB these days? My natural position is CB on the left but I’m happy just to play! #SydneyFanChat

SFC.FTT: Hey Matty, who usually takes the role of playing the music in the change room before the game? Any good? Brosquey! He uses his phone and he has to change it up between House & RnB to keep the boys happy! #SydneyFanChat

Sydney FC’s next home game is against Brisbane Roar on Sunday 15th March at Allianz Stadium (kick off 5pm). Purchase tickets today or become a Member and ensure you don’t miss a moment of Hyundai A-League action by heading to www.ticketek.com.au/sydneyfc