Coming off only his second Hyundai A-League appearance, George Blackwood hosted the live Twitter chat today ahead of Friday’s clash against the Perth Glory. During the forty minutes we learnt who he thinks the biggest joker in the NYL squad is, his ambitions for next season and who from the team would fail at making toast.

Luke Bussoletti: George, what are your goals for the 2015/16 season? Look forward to more game time from you! Keep working and get more game time with the first team under my belt and keep trying to score! #SydneyFanChat

Luke Bussoletti: Lachlan Scott George Blackwood a possible forward combination in seasons to come? Hopefully, it was awesome playing with him at @apialeichhardt #SydneyFanChat

Ross Anderson: George, whose the biggest practical joker in the NYL team? Best prank? Tomelic probably. One session he hid every piece of @gtimotheou4’s clothing & wrapped it in tape! #SydneyFanChat

David Moore: If the players were to have a Masterchef competition, who would win and who would struggle to make toast? I’d say our international players because of their cuisines, @acalver96 would struggle big time! #SydneyFanChat 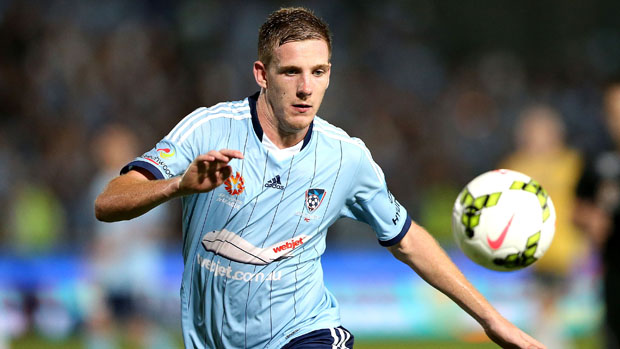 David Moore: How much stick has @RhyanGrant been copping for forgetting his playing shirt? Surely that’s a big fine? Quite a lot but @RhyanGrant takes it in his stride and can see the funny side of it! #SydneyFanChat

Christian DeLucdaddy: What’s it feel like to be on Fifa and what do you think about your rating? It’s good but I don’t play as my self much because I thought my pace would be a bit higher! #SydneyFanChat

Ross Anderson: George, who have been the biggest influences on your football career so far? Mum & Dad and Rod Williams at @apialeichhardt and Arnie and Bimbi here as well! #SydneyFanChat

Anthony Vescio: If you could collect all 7 Dragonballs, what would you wish for? I’m not sure, wasn’t a big fan of Dragon Ball Z #SydneyFanChat

Ross Anderson: George, every player has a player they look up to as an inspiration. Who is yours? I’ve had a few but for @SydneyFC definitely Steve Corica. Internationally, Michael Owen at @LFC #SydneyFanChat 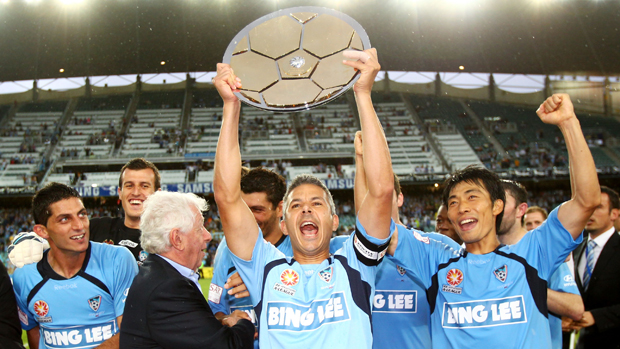 Cam: What are you short terms goals with the club and how do you inspire kids? Short term to keep playing, work hard for the team and help out wherever I can. Always be friendly to inspire kids #SydneyFanChat

FC Five Dock: Hi George, how old were you when you started playing, for which club and were you any good? I was a 4yo when I started playing U6’s for Berowra, not sure if I was good but I fell in love with football! #SydneyFanChat

Sydney is Sky Blue: George you still thinking about that chance from Saturday night? Yeah I do, but I learned from it and next time it’ll the net! #SydneyFanChat

Andrew French: Which rival A-League team do you look forward to playing most? Western Sydney for sure! #SydneyFanChat

sam marrone: Hi George, who is taller you or Janko? It’d have to be @JankoMarc for sure! #SydneyFanChat 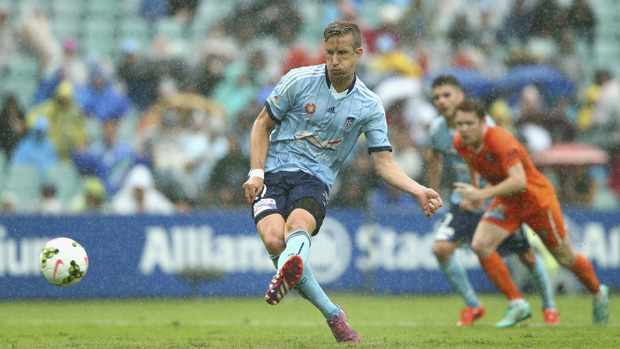 Anthony Vescio: Hi George. Which starter Pokemon did you choose? I chose Charmander, because he turns into Charizard. I love Pokemon! #SydneyFanChat

Andrew French: Best thing about playing in front of your home fans? The atmosphere our fans are the best in the @ALeague #SydneyFanChat

Hamish Walsh: George, what are you goals for the future both domestically and internationally? Play as much as I can for @SydneyFC, score as many as I can and hopefully play in Europe! #SydneyFanChat

YUMNA: Have you fell in love with a #SydneyFC supporter..?? No I’m too young for love! #SydneyFanChat