With his sights set on his first ever #SydneyDerby this Saturday, Brandon O’Neill hosted the live Twitter chat today. During the half hour we learnt what he’d do if he collected all seven Dragon Balls, his pre-match superstitions, whether Sydney is blue or red and who he’d like to face in the AFC Champions League.

Anthony Vescio: What is the funniest sledge you have heard on the field?
Joel Griffiths was shouting at Rostyn Griffiths and Rostyn made the gesture about his bad breath!

Shaneo Swanston: Is Sydney blue or red?
I’m pretty sure it’s blue 😉 I haven’t seen much red about! #SydneyIsSkyBlue

Todd Byrnes: Who is your favourite epl club?!
I support Leeds, but in the EPL I’d say I’ve always had a soft spot for @LFC [Liverpool FC].

Johnson ZHANG: Hey buddy, Love seeing you playing. Now who will be your toughest opponent you will face in Sydney Derby?
Thanks! Mitch Nichols, I’m good mates with him but mateship stops for 90 min & we’ll kick each other!

Alex Painemilla: Would you rather fight 100 duck-sized horses or 1 horse-sized duck?
Neither, I’d rather take the horse for a gallop.

D McGregor: Are you motivated to reverse last years Grand Final loss and do the players think and talk about it much?
The players don’t talk much about it becuase it’s a new season but deep down we’re all motivated!

Alex Wain: How has Arnie improved / changed your game since you joined our Sky Blue family?
Good question! He has given me the upmost confidence which is massive which can make you do anything! 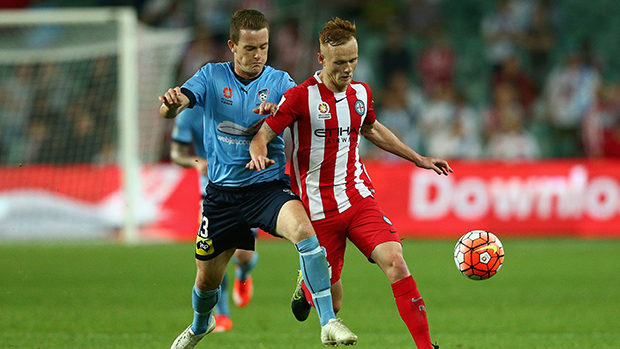 Alen: Hi Brandon! How you feeling about playing your first Sydney derby? Btw keep up the great form champ!
I can’t wait, it’s the biggest game for both clubs and I can’t wait to do Sydney proud at Allianz!

AdamRyan: Would you rather fight 100 duck sized Kevin Muscats or 1 Kevin Muscat sized duck?
I wouldn’t fight either, I’d feed the ducks bread!

FC Five Dock: How old were you when you started playing, for which club and were you any good?
9 when I started at Heathridge Soccer Club. I was a bit chubby back then, but good on the ball!

Kate: Do you have any pre-game rituals or habits, that you do before Kick Off on Match Day?
I always have to play in clean boots and I love to listen to a bit of music before to help me relax.

B.Lee: If you could be a master of another position which position would that be?
A striker because I’d love to score goals and entertain the fans!

Gabriella: What team do you enjoy playing against??
It’s a tie between the Wanderers and Perth Glory! 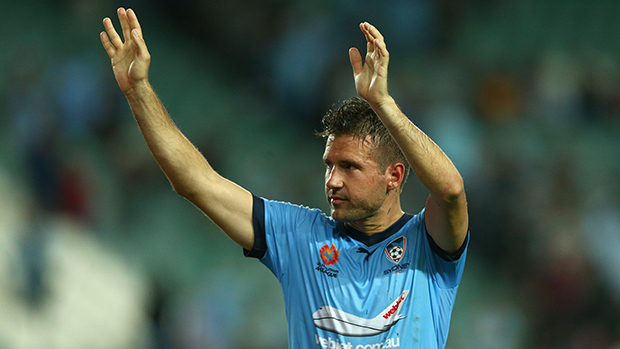 Johnzon ZHANG: If @PerthGloryFC plays against you would you take photos of yourself with your former teammates after the game?
Nah, I wouldn’t because I don’t need that many pictures of mates I’ve played football with.

Anthony Vescio: Toilet Paper. Do you scrunch or fold?
If I’m in a rush, scrunch, but if I’m giving myself 10 minutes a day I’ll fold.

Toby Plasto: Bigger build-up, U17 WC or derby this weekend?
I’ll have to say the Derby definitely!

Anthony Vescio: If you collected all 7 Dragon balls, what wish you would make?
Ummm to be buy my mum and dad a house.

YUMNA: What is your feeling ahead of your first #SydneyDerby and do you believe Sydney FC will win the derby?
Excitement and anticipation. If we play to our full potential we’ll get the result the fans deserve! 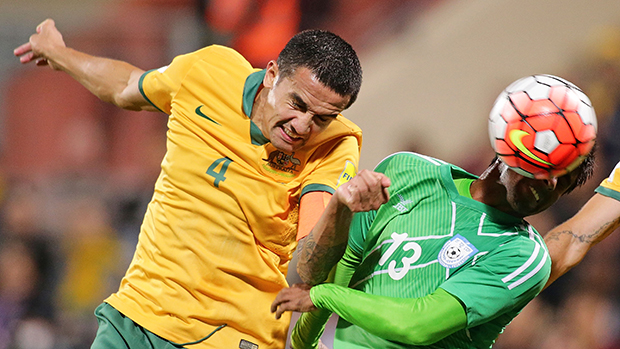 Johnson ZHANG: That’s a good answer to my previous question. Would you also like to see demba ba?
Yeah of course, it’d be awesome to face @dembabafoot [Demba Ba]. They’re top quality players!

sam marrone: Welcome to the sky blue family. Have you gone FIFA 16 nuts?
Cheers! Yes we have, my housemates Hooley & Riley are nuts for it too and I always batter them!

Alex Lucas: How does it feel to play in your first ever Sydney Derby? All the best, Brandon! 🙂
Thanks! Its an amazing experience to even be involved. I can’t wait to step out in front of our fans!

Anthony Vescio: Hi Brandon! Which starter Pokemon did you choose?
I don’t remember my starter one but Pikachu was my favourite!