Coming off the back of a record #SydneyDerby win, Alex Wilkinson hosted our live Twitter chat on Wednesday. During the half hour we learnt who he considers the “class clown” at the club, his tip for the Johnny Warren Medal and whether he’ll be joining Brosque and Brillante with a beard.

Anthony Vescio: With the A-League back underway, do you have an aim to get back into upcoming Socceroos squads?
I would love to but first i just need to concentrate on my form for @SydneyFC If i’m playing regularly & well hopefully

Dandy: Do you see champion-like aspects in Sydney FC team, similar to your previous team, Jeonbuk?
I see Champion-like qualities here for sure. We’ve got a tight knit squad w. players willing to work hard & compete for spots

sam: How long did it take to get your voice back after Saturday’s night?
Just a few hours, I lost it celebrating post match!

Yoshi Shimada: Hi @alexwilkinson84 How many cleensheets in a row will we be able to keep?
Hopefully 27!

Joey Crews: Alex, will you be joining Brillante and Brosque in their Battle of the Beards?
Haha i wish! It’d take me four years to get close to theirs!

Alex Lucas: How did it feel to celebrate with The Cove for the first time after such an emphatic win? 🙂
It was a fantastic feeling, @TheCove23 showed us great support throughout the game and it was good to repay them with a win 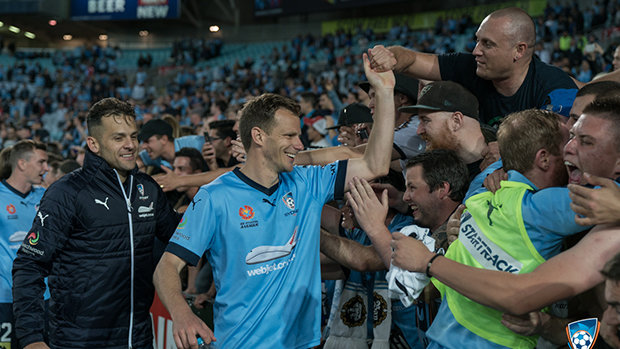 Zac Edwards: @SydneyFC Wilko how was it partnering up with Matty Jurman as the centre halves on the weekend?
Yeah it was great! @mjurman5 is a great player so it was easy to play together and hopefully the partnership continues

Alex Bovington: Thank you for signing my ball at auluba oval about 9 years ago!
No worries mate!

Adam Howard: Do you think Northern Spirit could’ve worked in today’s Aleague?
It definitely had potential getting 16k+ crowds but there’s limited room for teams

David Warriner: Do you have a doppelgänger?
Not that I know of! Do you know someone?

SSouthy: Wilko when you first signed with SFC is it true you were with bozza trying to call me?
Nope.

BenR47: Do you think that the A-League has potential to grow in the US?
I’m not too sure, the immediate goal should be to grow it as much as we can here. The more countires it’s shown the better

Emily Parker: What is your pre-game ritual? And what do you think should be your song/tune from the cove?
Nothing out of the ordinary, just relax and eat well. I’ll leave the song for @TheCove23 to come up with!

Goldsmith10: Who’s your roommate for away games and who’s the “class clown” of the squad?
Matt Simon is my roomie. “Class clown” would have to be David Carney, he’s good value! 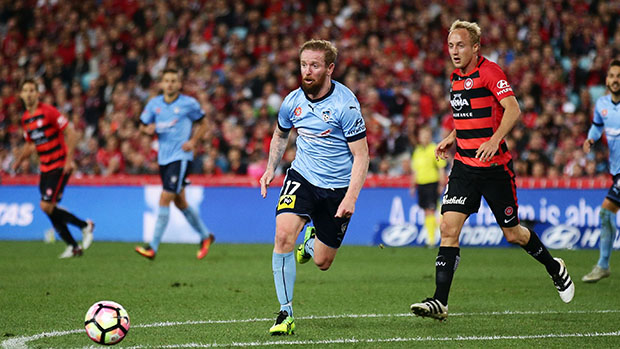 Anthony Vescio: Last one. Was it a difficult time as a player during the long break from NSL to A-League?
Yes it was very difficult. With no league all players had to find alternative employment.

Adam Howard: Over your whole career, which has been your favourite season as a player?
Would be the 2014/15 season because we won the league with Jeonbuk, went to the World Cup & then won the Asian Cup

Alen☺️: What objectives are you aiming for this season? And how’s life in Sydney and playing for Sydney FC?
Aiming to win trophies! Loving life in Sydney, it’s good to be back home!

Goldinho: Who do you think will win the Johnny Warren Medal this year?
My tip would be Ninkovic 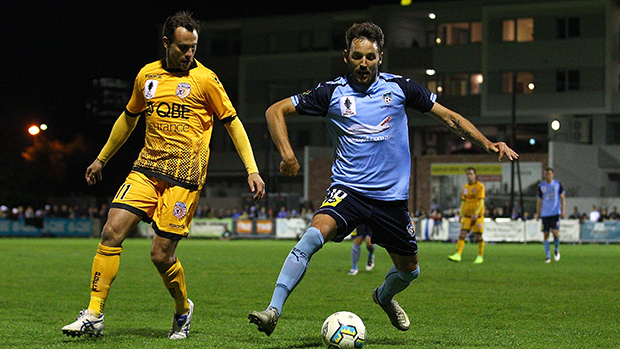 anthony badra: What’s your favourite goal you have scored and who is your favourite ever player?
I haven’t scored too many goals, i’ve only scored a couple so i’m happy with them both! Fav player would be Iniesta

Dumbarton Tom: For the time with Jeonbuk, do you think about any particlar Jeonbuk player could be a good addition to #SydneyFC?
I’ll leave that one to our scouting network

Dandy: What are the main differences in the league between K League and A Leauge?
HAL is more tactical, more of a focus on possession based football. K-League is fast, end to end & full of individuals

md.: Wilko, you’ve played in both the Sydney and Melbourne derbies.. Which one is better?
I’d say the #SydneyDerby! Especially the one on the weekend

Anthony Futia: Are you worried that @vuka20 might lift you up this week? Will you be as cranky as Arnie if he does?
Haha when we score i’ll be looking over my shoulder and running away! He’s a big unit!

sam: First of all congratulations, awesome game. How did it feel when u looked out at Sky Blue side?
We had fantastic support at @ANZStadium and I’m glad we could put on a good performance for them.

Deannooo: How did it feel to beat the Wanderers 4-0!?
It was a great feeling, not only to beat our biggest rival but to start the season on such a successful note.