Sydney FC youngster Alex Gersbach hosted the live Twitter chat today ahead of Saturday’s clash against Melbourne Victory. During the hour we learnt what his personal goals are, who his biggest footballing influence is and how to pronounce his surname.

YUMNA: What’s your personal target with Sydney FC this season..?? To be involved in as many games as possible! #SydneyFanChat

Anthony Vescio: Hi Alex. What starter Pokemon did you choose? I never got a chance to play Pokemon #SydneyFanChat

Johnson ZHANG: hi Alex, I enjoyed having photo with you at fan day. My question is who do you like talking to in Sydney FC ? I enjoy talking to everyone. We’ve got a great group here! #SydneyFanChat 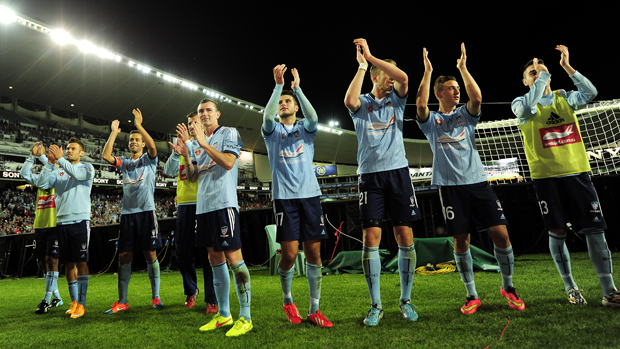 Johnson ZHANG: Alex, how does it feel playing under graham Arnold as a coach ? Have you learn a lot of football lessons? Yeah i’ve learnt a lot about football and also about becomming a better person too #SydneyFanChat

Marcus: Hey Alex, how did it feel to play in that derby a few weeks ago? It was unreal to play in the Derby. A dream come true! #SydneyFanChat

Anthony Vescio: From what heritage does the name “Gersbach” come from? I think it’s German but that goes back a fair way in my family #SydneyFanChat

Marcus: Alex, do you know what FTT stands for and will you and the boys do it this week? 😉 Sure will 😉 #SydneyFanChat

Anthony Vescio: You were excellent in your first Sydney derby. Was that the best experience in your young career so far? Yeah 100% #SydneyFanChat 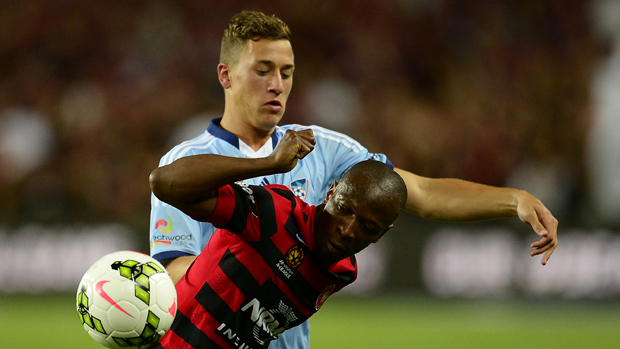 Johnson ZHANG: how excited are you for this edition of #BigBlue against Melbourne victory, Alex? I’m usually excited for the game v @gomvfc as a fan but it will be even better this time as a player #SydneyFanChat

Johnson ZHANG: if you’re going to pursue a football career overseas, what team are you looking to join in overseas? If i could choose, it’d be @ManUtd #SydneyFanChat

Johnson ZHANG: how will you celebrate after scoring first goal in Sydney FC colors? I’m not sure, probably run straight to The Cove #SydneyFanChat

Sydney Is Sky Blue: What are you short & long term goals Alex? Do they involve football? Short term is to keep playing for @SydneyFC and long term is to play for the @Socceroos #SydneyFanChat

Tim Sperliotis: How did you manage both your HSC and SFC duties so well Alex? I’m not sure, let’s wait and see what my ATAR is! #SydneyFanChat

Vince Pelle: Why do so many good players come out of the Shire Alex ?? Is there a secret ? Yeah, God lives above the Shire! #SydneyFanChat

rhys yule: hey Alex have u ever been told u look like Macklemore? I have actually… #SydneyFanChat

Jackson Kupke: I heard you have a ‘2nd family’ that live in Canberra? How did that come about? Through the help of a special guy called Jackson or something… And is it Paul? @pablodykes #SydneyFanChat

Ivan Necevski: hey alex where do u get you haircut? It’s a secret! #SydneyFanChat

Aidan Brown: Alex, who has had a greater influence on your career to this point, @JacksonKupke or @pablodykes? It would have to be Louise #SydneyFanChat 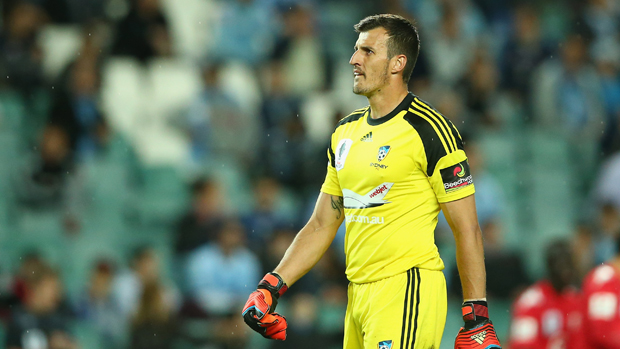 Marcus: Who do you hate more… Wanderers or Victory? I wouldn’t use the word “hate” but I enjoy beating both of them #SydneyFanChat

Johnson ZHANG: what course are you looking to do at university? Something to do with Sports Journalism #SydnayFanChat

Marcus: Alex, what’s your favourite song from the Cove? Do you ever sing along? 😉 When i’m warming up i enjoy a little sing a long. My favourite is “We Are Sydney” #SydneyFanChat 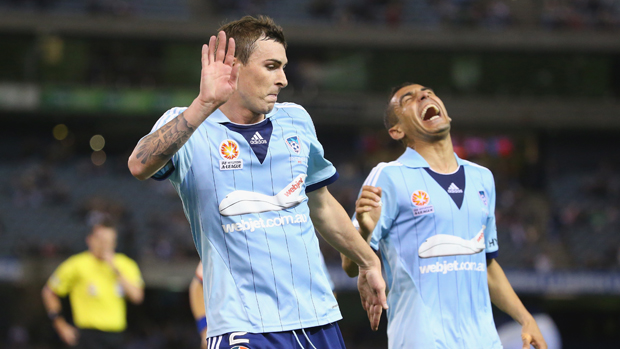 Amir Maglajlic: I think you’re one of the most promising players coming out of Australia. What age would you like to move O/S? I’m focussing on working and establishing myself at @SydneyFC at the moment  #SydneyFanChat

Alyaa19: What is your hobby ?? Playing FIFA #SydneyFanChat

Sydney FC Bannerman: whats your favourite goal scored by sydney fc since the start of the A-league? Nikola Petkovic’s free kick on the weekend was pretty good! 😉 #SydneyFanChat

Sportal: Would you rather go to the World Cup with the Socceroos or play in the Premier League? The World Cup for sure #SydneyFanChat

Lucian Lauofo: Alex, along with playing for Syd FC & Soceroos, is having big huge biceps like Nikola Petkovic one of you goals? Yeah i’m working on the beach body atm. Nikola is my inspiration every day #SydneyFanChat

Kiki Naumoff: there has been some debate on your last name.. So is it gearbox, gearbash, gerbash, gerboc, gerbachabach? None of the above! You’ve got no idea mate! #kigi #SydneyFanChat

Sydney FC Bannerman: who do you think is the best player to have featured in the A-league since its inception? It’d have to be Seb Ryall! Seriously though, @delpieroale was great to watch #SydneyFanChat

West Sydney Football: Did you enjoy watching the Wanderers win the Asian Champions League? I didn’t watch it. Hard to get reception at the top of the table #SydneyFanChat 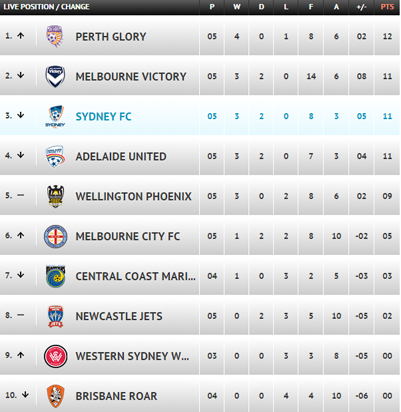 Cronan Yu: who is your favourite football journalist, Alex? 😉 You’re up there mate 😉 #SydneyFanChat