Ahead of Thursday night’s clash against the Wellington Phoenix, Alex Gersbach hosted the live Twitter chat today. During the half hour we learnt what he’d take with him on a desert island, the inspiration for his next hair style, who he’d like to face in the Asian Champions League and who inspired him to be a footballer.

Johnson ZHANG: Are you thinking of becoming a captain of the club of sydney fc in the future?
Who knows, maybe one day in the future. It’d be a big honour!

A N M: What do you think about @Cristiano ? And have you watched @RonaldoFilm ?
@Cristiano is better than Messi. Haven’t seen the film yet

A N M: What is your favourite song ?
Bieber’s new song, Love Yourself… I wish i could sing songs about Selena

A N M: Any advice to the young footballer who want to be like you ?
Don’t be like me, be yourself!

A N M: Who inspired you to be a footballer ?
My brother @JGersbach17

Burney Wong: Who will win the UEFA Champions League?
@ManUtd will by a country mile!!

The Iron Ghost: Who is the best player in training?
Dimitrijevic 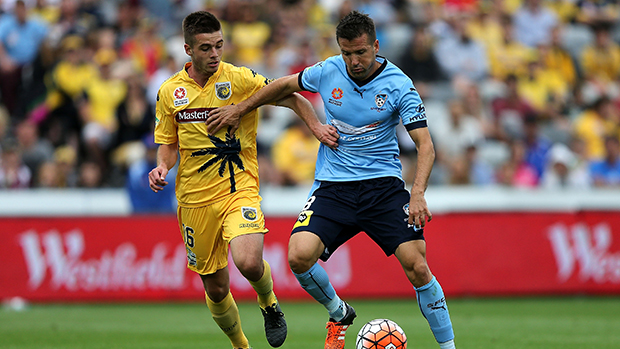 Todd Ingram OAM: yr 1 of my FAVs @ FC mate – keep on working hard & u’ll go all the way! whose yr most talented teammate?
Thanks appreciate it! Milos, I can’t decide which one.

Burney Wong: What did you think of the heat over in Perth?
I think 36 degrees.

Burney Wong: How did you get so good at getting past players especially on the wings?
I used to be a left winger, maybe that helps.

Anthony Vescio: Which starter Pokemon did you choose?
How do you get Pikachu on a bus?

Eastern Sydney FC: Now that @JankoMarc is gone, who do you look at for hairstyle inspiration? 😉
I might take in a picture of Sergeant Hoole for my next haircut.

Oliver W: Can you outrun The Flash?
Don’t think so but @acalver96 probably thinks he can! #RatesHimself 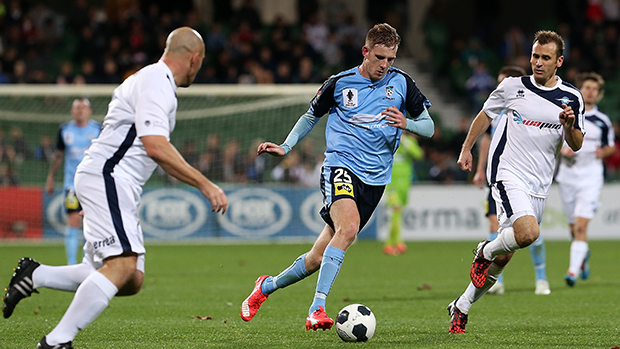 David Lewis: Did some EPL clubs come calling for your services in the offseason?
None that I know of.

David Lewis: Will you sign a new contract with Sydney FC?
It’s too early to talk about that, you’ll have to wait and see 😉

Johnson ZHANG: Who is your favorite teammate you work and get along with in the team and why?
I enjoy working on the left with Ninko.

Johnson ZHANG: Gersy, I talked to Brandon O’Neill and Andrew Hoole before, do you also wish to play Shanghai Shenhua in ACL 2016?
Yeah why not, it’d be great to face Tim Cahill.

sam marrone: After Saturday heat waving game, did you all stop off for a frozen Coke?
Nah not quite, we had some warm @Gatorade instead.

Sarah: What has been the biggest highlight for you in your soccer career so far ?
Playing in the first #SydneyDerby last season at @AllianzStadium

Sarah: Any other sports you enjoy playing ?
I played cricket when I was younger!

Sarah: If you were stranded on a desert island what 3 things you would bring ?
Red Licorice, Strawberry Milk and George Blackwood for some entertainment!

YUMNA: Hi Alex,I wanna know who was your favourite football player when you were a child..??
Beckham or Giggs because I’m a @ManUtd fan