A record Sydney Derby win in front of a record crowd, it was the perfect start to the Hyundai A-League 2016/17 season for the Sky Blues on Saturday night. Hear from some of your Sky Blue stars that played a crucial role in extending our Sydney Derby record to eight matches undefeated.

Filip Holosko: Scorer of the opening goal, Holosko’s familiarity with new marquee Bobô from their playing days in Turkey was evident from kick off. The duo linked up for the second goal, with Holosko chasing down a heavy touch to deliver a well-weighted cross right into the path of the Brazilian for him to volley home.

“I believe we have a good team, we have a very good squad and we have Arnie’s faith,” Holosko said.

“I know Bobô very well from when we played together at Besiktas, so I know from him when I need to run or when he needs to run when I have the ball.” 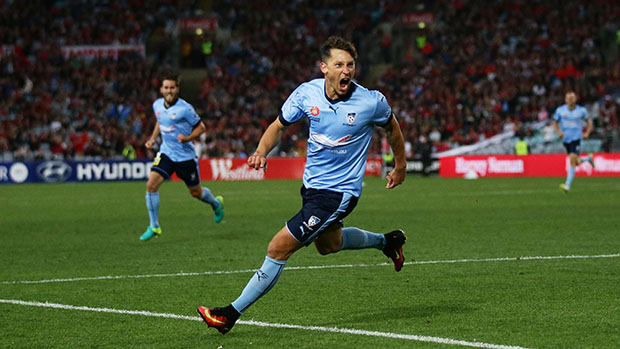 Bobô: In his first Hyundai A-League game for Sydney FC, marquee man Bobô endeared himself to the Sky Blues’ faithful with a well taken volley to double Sydney FC’s lead on the night.

“I thought it was a fantastic game, we played very well,” Bobô said.

“I’m happy [to score], first game in the league and my first goal for Sydney FC, and I feel I’m happy [with this squad].” 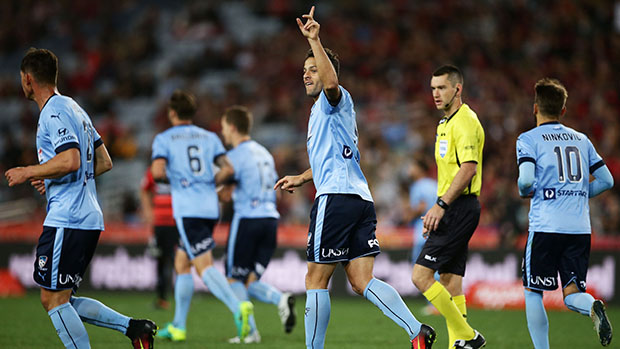 Brandon O’Neill: Scoring perhaps the goal of the evening, Brandon O’Neill stepped up to perfectly curl a set piece into the top right corner from the edge of the area after a marauding Alex Brosque had earlier won the free kick.

“I’ve been practicing those free kicks at training, although they were hitting the bar and post and it was getting a bit frustrating,” O’Neill said.

“I was lucky enough to take it in the last couple of minutes in the game and I just thought, because of Redmayne’s position, if I could hit it with less power and get it up and down as quick as I can it would be a good chance of going in.

“Thankyou to the football Gods it happened, I just went mad after that, it was a good way to cap off a very good performance and a very good win.” 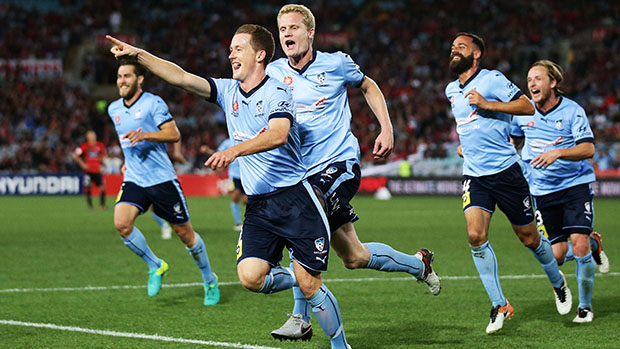 Alex Brosque: Coming on for the final 17 minutes of the match, Alex Brosque capped off his return to Hyundai A-League action with a poachers goal in the final minute of the match, pouncing on a spill from Redmayne to tap home from close range.

“To score in a game like that in front of a crowd like that was very special,” Brosque said.

“Obviously the goal didn’t have a big meaning on the outcome of the game as it was the fourth and final one, but any goal against the Wanderers is a good one.” 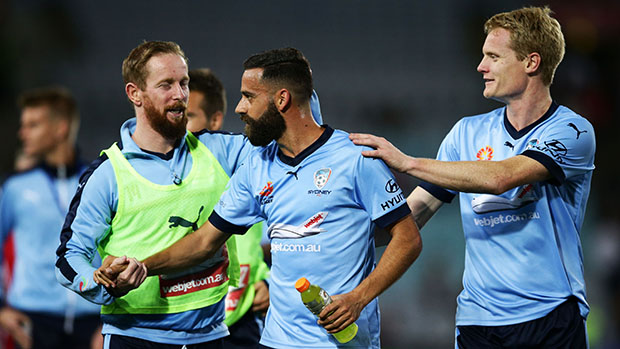 Sydney FC return to Allianz Stadium for the first time in the 2016/17 season on Saturday 15 October, as they face the Central Coast Mariners (kick off 5:35pm). Get your tickets today and arrive early to catch a pre-match screening of Ice Age: Collision Course.