Sydney FC’s young star Patrick Wood has expressed his delight at scoring his maiden international goal on his Olyroos debut in Tajikistan.

Wood, for whom the match was his first international appearance at any level, netted the second in Australia’s 3-2 first leg win over Indonesia.

“I just focused on working hard, pressing their defence and making runs in behind so we could score,” he said.

“After a great ball I was able to put the ball into the net and score.

“I was pretty happy to get my first international goal and get the team one step closer to qualifying for the Asian Cup next year. 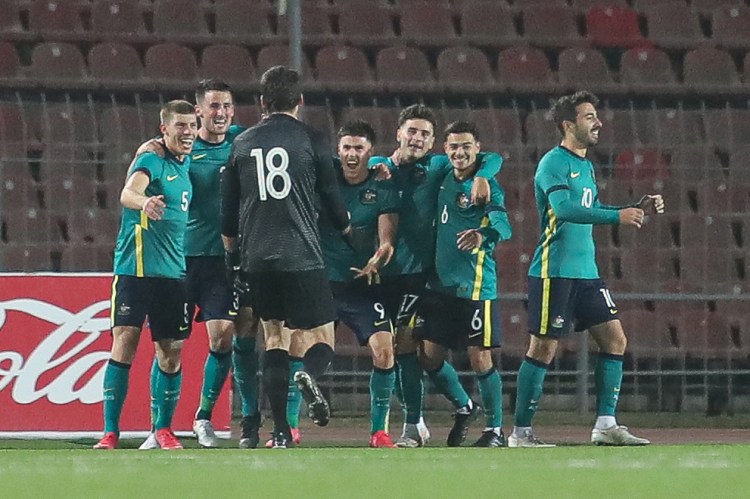 Wood was one of four Sydney FC youngsters in the squad, which is now one game away from qualifying for the AFC Under 23’s Asian Cup 2022.

Patrick Yazbek and Callum Talbot both got minutes in the second half from the bench, while keeper Adam Pavlesic was an unused substitute.

The squad now turn their attention to another showdown which will decide their passage to Uzbekistan next June.

“There are a few things we can work on in preparation for the next game which Trevor [Morgan] has spoken to us about so the team will be working on those things in the next day or two.

“We will certainly be determined to go out there and get the win so we can qualify.”

The Olyroos play the second leg against the Indonesian’s tomorrow evening at 5pm in Dunshabe, Tajikistan (11pm AEDT).