Sydney FC have gone down to their first defeat in 13 matches against Perth Glory, who ended a nine-game losing streak against the Sky Blues with a 3-1 win in Western Australia. 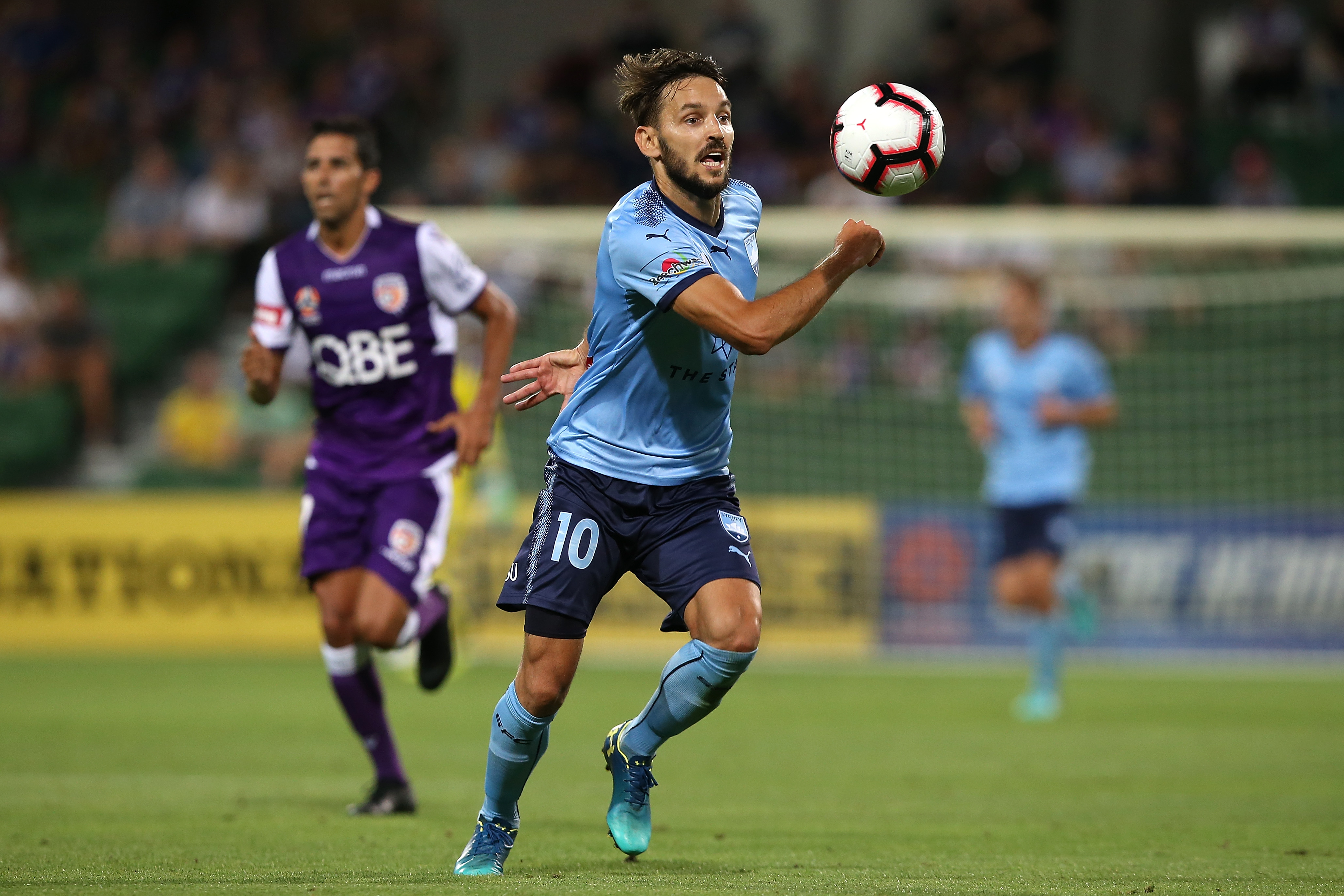 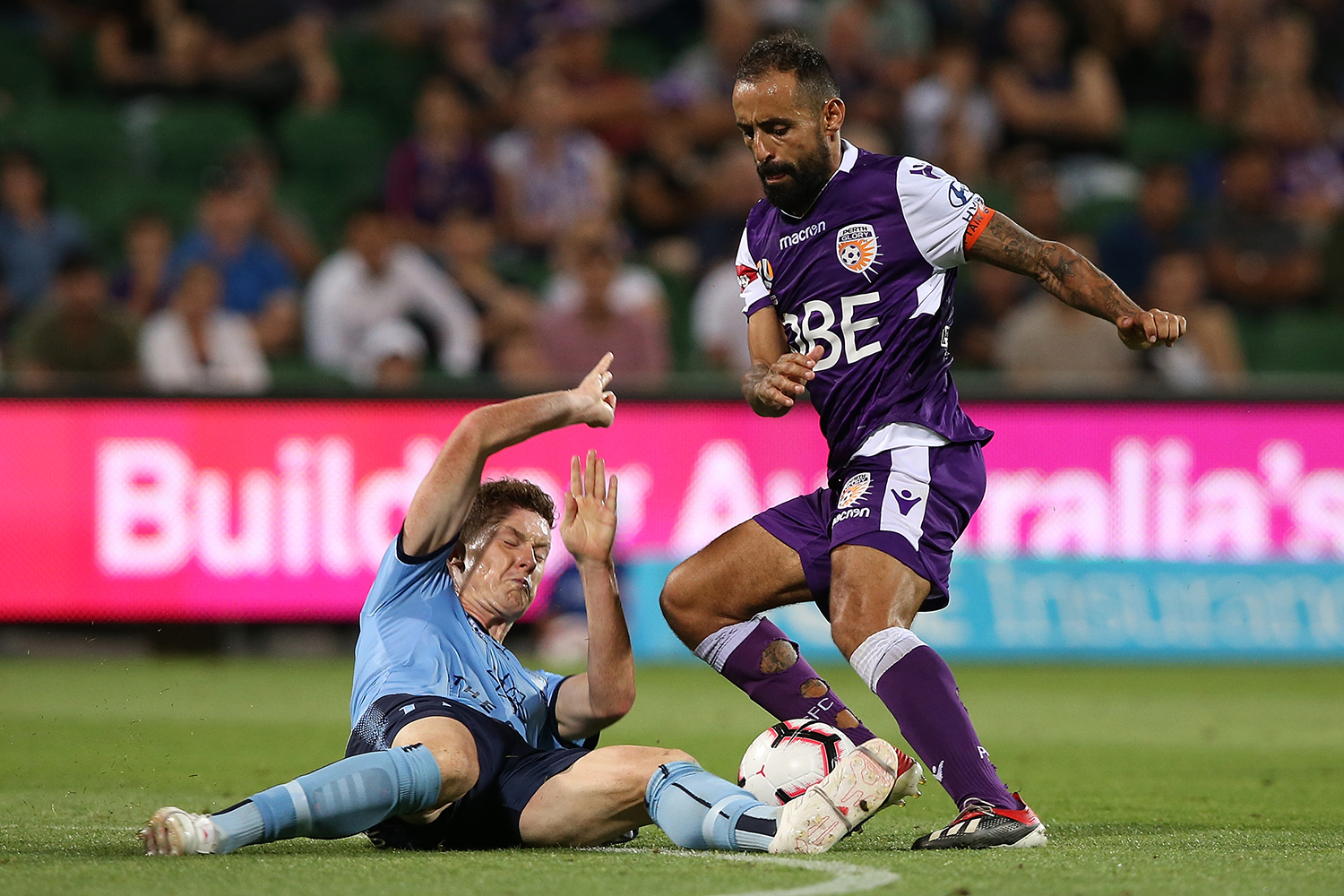 After a Sky Blues record of nine consecutive wins against Perth Glory, Sydney FC have gone down to their first defeat in 13 matches against the Western Australians, but remain in joint second place on the Hyundai A-League ladder.

The home side started quickly and some clinical finishing by Chianese (2) and Santalab put them 3-0 up at the break.

In the second half the Sky Blues pressed on and were rewarded as Le Fondre thumped the ball in the top corner.

Corica’s men continued to press, and Le Fondre and Zullo both went close with chance but it wasn’t be the Sky Blues night.

Sydney FC will look to bounce back against Adelaide United at home at Jubilee Stadium on Sunday evening (6pm). 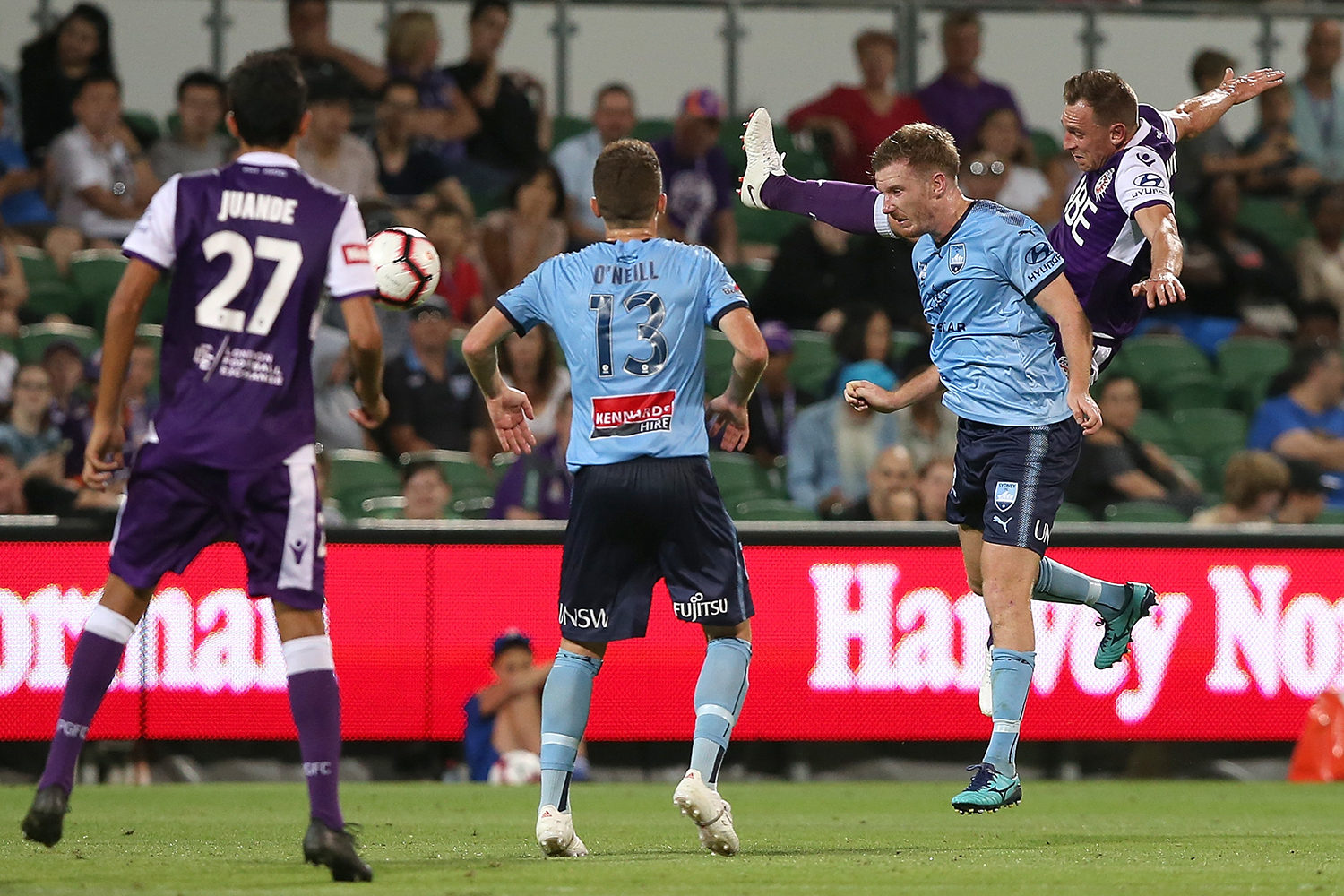