Over the last 19 months Sydney FC have set the standard in the Hyundai A-League for away performances, with the Sky Blues setting a new league record of 19 games undefeated away from home in the regular season.

Between March 2014 and December 2015 there have been plenty of away games that stand out in the memory, and we’ve picked out the top three below.

A first win in Brisbane for seven years, two stunning goals from Marc Janko and Milos Dimitrijevic settled the tie as the Sky Blues continued their undefeated start to the Hyundai A-League 2014/15 season.

It was a dominant display from the Sky Blues and they could have easily scored more against the reigning Champions at Suncorp Stadium.

“I was really pleased with my first Sydney FC goal,” Dimitrijevic said.

“It’s a special feeling to score any goal but for my first one to be such a good strike makes me very happy. It was good to win in Brisbane and I’m glad I could help the team to three points.” 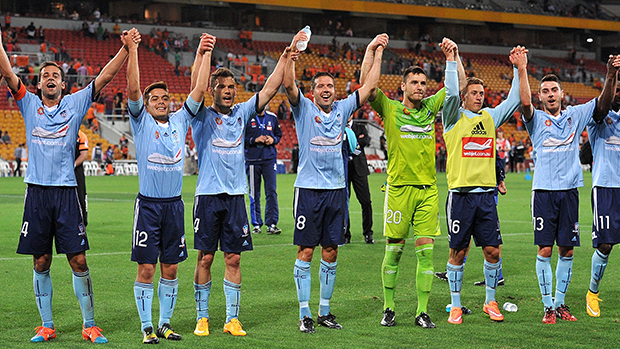 In Head Coach Graham Arnold’s first return back to his former club, the Sky Blues put in one of the performances of the season as they comfortably dispatched the Central Coast Mariners in their first match back following the AFC Asian Cup break.

This victory proved the catalyst for the Sky Blues to embark on a seven game undefeated streak, winning six of their next matches and only drawing against the Melbourne Victory 3-3.

“I was very pleased to be off the mark and score my first A-League goal in that game,” Naumoff said.

“It was my first A-League goal so it’s a memory that will stay with me for a long time and I’m pleased with the way it came about.  It was a good game up there and obviously it was a great way to start the New Year.” 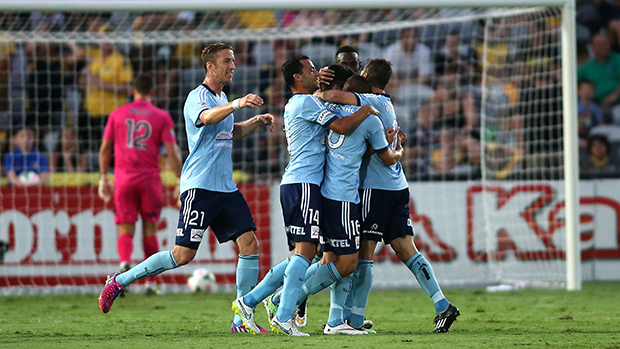 Sydney FC continued their recent spate of Sydney Derby results with a pulsating 4-3 victory against their cross town rivals at Pirtek Stadium.

After going three goals ahead in the first half the Sky Blues were pegged back by the home side before Terry Antonis popped up in the 74th minute to send the away fans into delirium with a late winner.

“It was great to keep our away record intact and it was great to continue our recent run of results against the Wanderers,” Janjetovic said.

“It was a hard game as all derbies are and there’s no better showcase of the fans passion in the Hyundai A-League than at a Sydney Derby.” 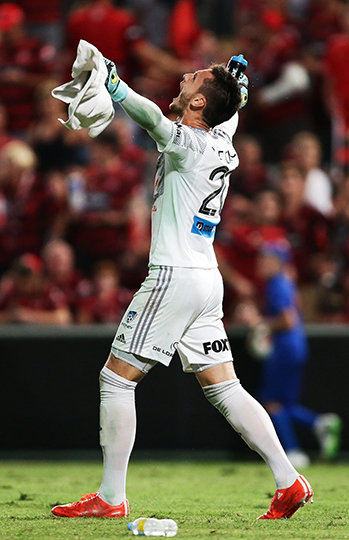