It took a late second strike from Olympic’s Jinya An in the 91st minute before the game was finally put beyond the Sky Blues to ensure a 2-0 Olympic win.

Neither side could find a way to open the scoring in a tight first half, but An was on hand early in the second to put Olympic ahead after 55 minutes.

An doubled his tally in the first minute of injury time to finally put the game beyond doubt and keep the pressure on the top two above them.

Sydney Olympic had the woodwork rattling before either team had really managed to find a foothold in the match, when William Angel swung a cross onto the top of the bar and out for a goal kick after just three minutes.

Sydney FC set into a rhythm, moving the ball along the right flank until the move broke down, while their opponents appeared happy to let them do so, as long as they struggled to find a final pass.

A few lengthy stoppages for injuries broke up any building momentum while robbing Sydney FC of their captain, Chris Zuvela, and goalkeeper Mitchell Evans at halftime. Jason Madonis had a chance from a fairly central free kick late in the half, but a deflection took the ball just wide of Evans’ right upright. 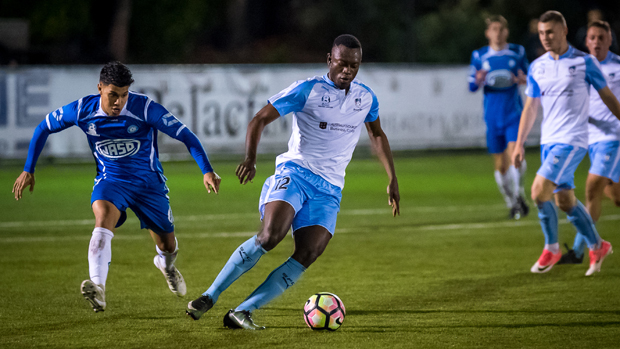 Rahimi Mohamed, Olympic’s new recruit from the Blacktown Spartans, closed out the first half by hooking a volley wide of the Sydney FC goal, which left Evans untroubled between the posts, save for the injury which he had picked up a few minutes earlier.

Ten minutes after the restart, the game got the goal: an Olympic corner swung in from the right dropped into a packed six-yard box and fell for Jinya An, who scrambled the ball over the line to give his side the lead.

Sydney FC had an opportunity to pull themselves level when they were awarded a free kick from a tight angle on the edge of the penalty area just a few minutes after going behind, but Cristian Gonzalez could only send the ball flashing across the face of the goal.

Radovan Pavicevic might have doubled Olympic’s advantage when he was played clean through on goal by Darcy Burgess, but a poor touch took the ball wider than the striker would have liked, and he screwed his shot into the side netting.

The visitors refused to give up without a fight, and Paul Henderson was called upon to make a solid save from Daniel Maskin’s effort moments before Brendan Curtis flicked a header just wide from a corner. As Sydney FC pushed forward they left themselves open to the counter, and Yu Kuboki might have been expected to do better when he was played in for a one-on-one with Thomas Heward-Belle, but the ‘keeper stood up well to deny the Japanese forward.

Having used all their substitutions, an injury to Aaron Avery meant Sydney FC finished the match with ten men. It was a cruel blow, only compounded when An found himself in on goal again, swiping a low shot across the goal and inside the far post to give Olympic a 2-0 lead at fulltime. 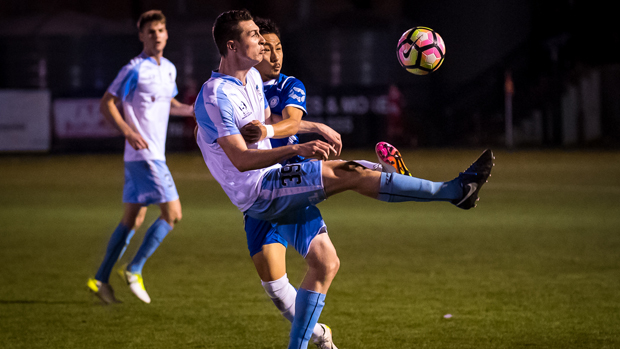 Sydney FC Head Coach Rob Stanton admitted that a number of injuries over the past few weeks had taken a toll on his side, but remained mostly positive after the match.

“We were a bit light on numbers today,” he said.

“It’s the first time we’ve had such an extended injury list but I see it as an opportunity for other guys to come in and show what they can do.

“We might have got in front in the first half if we had a bit more composure in the front third, but we’re just not quite at the level that we need to be.

“I feel so comfortable coaching this team – I never go into a game thinking we can’t win. Our technical and tactical side of the game is great, but they just need to work a bit on our mentality and physicality. They’re going really well.” 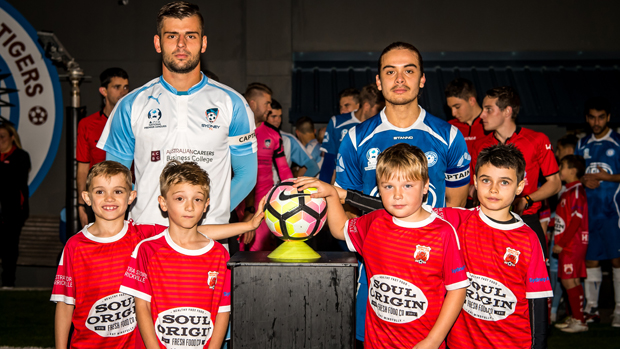