Sydney FC will bounce back: Brosque

The previously-unbeaten Sky Blues fell to their first loss to Western Sydney Wanderers since January 2014, but Brosque views the result as a challenge rather than a concern.

“The reality is we’ve lost one game all season.

“For (Wanderers), they’ve needed something this year and they got a good win so good on them.

“But we’ll just keep doing what we’ve been doing all year (which is) playing well. We’ll pick ourselves up for Melbourne City and get three points over there.” 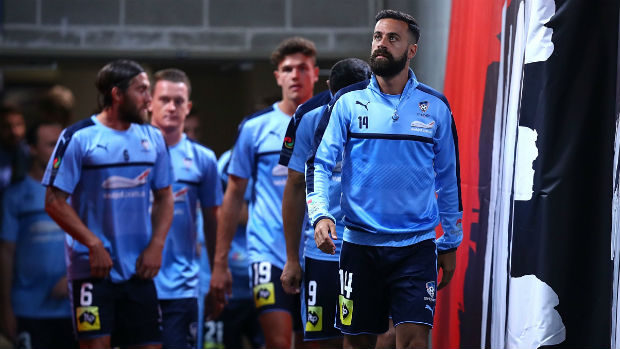 Despite downplaying the defeat, Brosque believes it’s misguided to think the maiden loss is beneficial before the Finals Series.

“I don’t agree with that saying. I think if you carry on winning, or not losing, you’re doing well,” he said

“Unfortunately tonight a couple of decisions didn’t go our way, but we’ve had some go for us previously, so we live with what happened tonight.

“We will bounce back, have a good week at training and go down for a big one in Melbourne.”