Following a fantastic rendition of “You’ll Never Walk Alone”, the visitors started the brighter as they pressed the A-League champions deep into their own half.

With Sydney under pressure, the Reds soon found their reward after Daniel Sturridge drove his low shot past an outstretched Danny Vukovic into the far corner.

Despite fashioning their fair share of chances, the Sky Blues were unable to breach a stubborn Liverpool defence, and were soon made to pay as both Alberto Moreno and Roberto Firmino found the back of the net before half-time.

As both sides began the second-half with a host of changes, Graham Arnold’s men managed to gain control of possession and conjure up some notable sights on goal in the process.

But in the end, it was not to be as a Steven Gerrard-led Liverpool side held on for a memorable win against the reigning, record-breaking A-League champions. 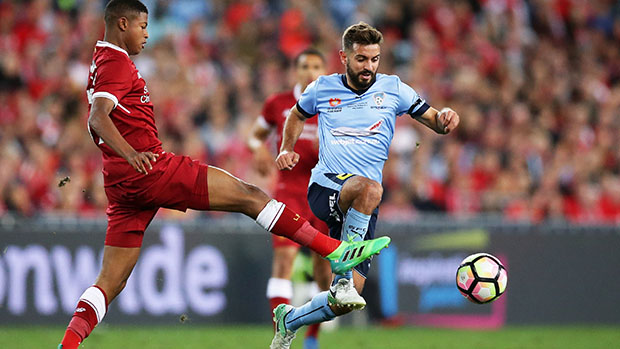 Graham Arnold: “It was good for the fans and a nice clean game while a lot of our younger players got the opportunity to play.

“It’s good for our Australian kids to come up against that type of quality.  They think “I’m doing well” but then they find out what’s like to play against an English Premier League player.

“It has been tough the last two weeks to keep the boys going after the Grand Final but you’ve got to give them credit for going out and doing their best.”

8’ STURRIDGE GOAL – Sturridge receives the ball on the edge of the box before creating enough space to cut in and drive his shot low and hard into the far corner.

18’ MORENO GOAL – Firmino lifts a gorgeous ball over Sydney’s defence and into the path of Moreno who makes no mistake with the volley.

39’ FIRMINO GOAL – Sturridge beats Zullo with an excellent piece of skill before firing a cutback across goal that Firmino taps home with ease. 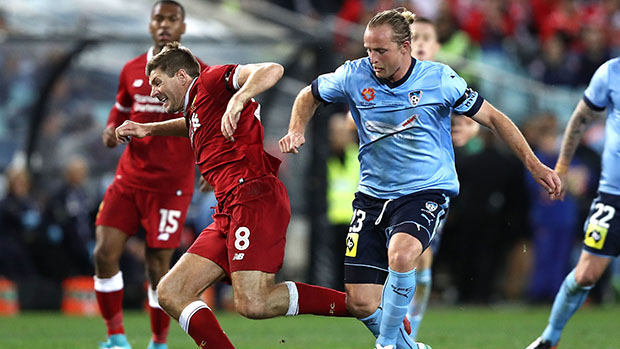 34’ CARNEY CHANCE – Carney pounces on the cutback inside the box, but his powerful shot is blocked.

35’ VUKOVIC SAVE – Firmino strides into the penalty area but cannot find the net, as Vukovic stays big to make the save.

48’ BLACKWOOD CHANCE – Blackwood tries his luck from distance but his volley drags wide of the goal.

49’ GRANT CHANCE – Grant bursts through the midfield before firing a shot that flies high and over the bar.

60’ LOKOLINGOY CHANCE – Lokolingoy drives a low ball across goal but Liverpool manage to hook it away at the back post.

80’ ZUVELA CHANCE – Zuvela collects the ball on the right-hand side of the box before testing Mignolet with a shot at his near post.

82’ MUTCH CHANCE – A curling Gonzalez cross finds an unmarked Mutch, but he fails to make meaningful contact with the ball and squanders clear-cut chance to reduce the deficit.

84’ SIMON CHANCE – After being played in on-goal, Simon fires a powerful shot that calls Mignolet into action with a diving save. 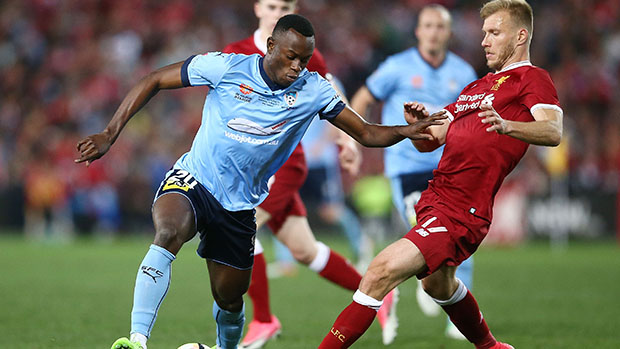 Head Coach Graham Arnold named a near full-strength line-up for the clash as the A-League champions looked to finish off their record-breaking season in style. 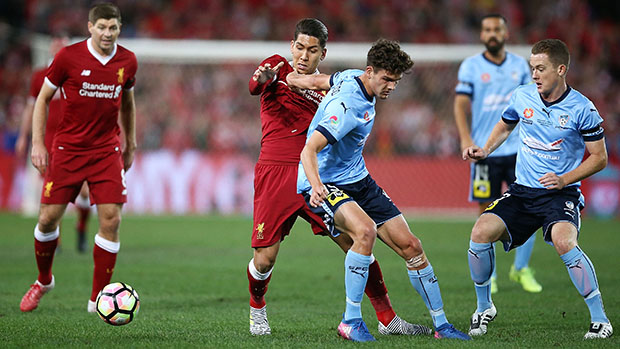