The kit has received a total revamp following the club’s third Championship last season with a new silhouette, branding and logo. 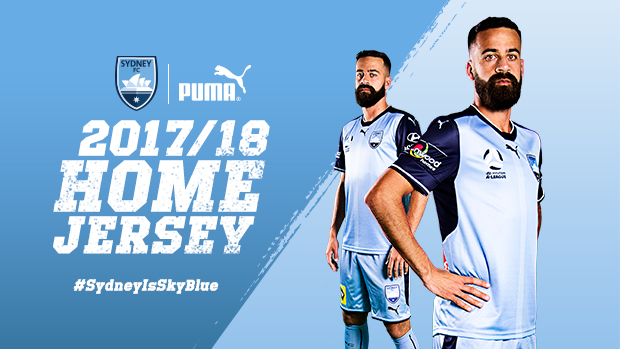 Sydney FC’s official new club crest is woven and adorns the front of the shirt along with the Hyundai A-League’s new logo, designed to suit Sydney FC’s club colours.

Sydney FC has retained its “Sydney is Sky Blue” motto, with its design of the Sydney Opera House on the back of the shirt, below the neckline.

Sydney FC’s away kit features a similar design in white, while the club’s third strip has been released, alongside that of Arsenal FC, in navy blue. 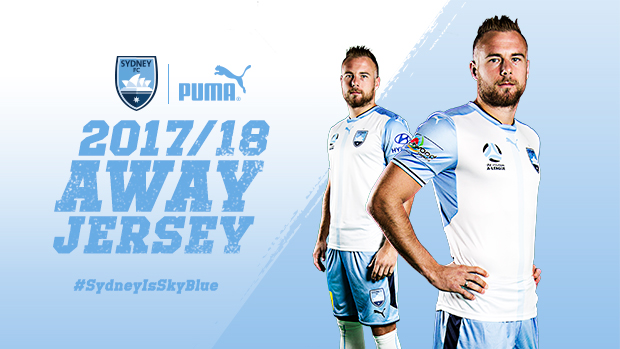 Sydney FC Captain Alex Brosque said: “I love the design and colour scheme of the new shirt, which aligns perfectly with our new logo.

“It looks fantastic, feels great to wear, and the cut is more comfortable than ever.

“With the number three in the star above our crest, we will step onto the field wearing the jersey with enormous pride to be part of such a great Australian football club.”

“The team can play their best game while the jersey keeps them cool and dry.” 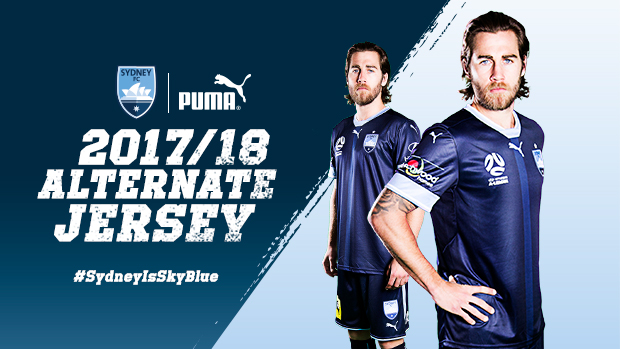 The shirt also includes the logo of Sydney FC’s new Premium Partner Kennards Hire on the back of the shirt, with the Sky Blues announcing a three-year deal with the equipment hire giant.

The reveal of Sydney FC’s new Home and Away Kit took place on the same day as the launch of Arsenal and Sydney FC’s new third kit at Sydney’s Fort Denison and the Overseas Passenger Terminal, and coincides with a tomorrow’s match between the two at ANZ Stadium.

The cost of Sydney FC’s Adult jerseys are $110 with the youth jersey priced at $100 and they can be purchased from Sydney FC’s online shop.

The club will be producing a limited edition retail run of the kit including the Hyundai A-League Champions Badge closer to the beginning of the season.