Sydney FC have taken another pivotal step towards the Premier’s Plate following their 1-0 defeat of the Central Coast Mariners on Friday night.

The Sky Blues took the lead inside the opening 10 minutes after Michael Zullo’s cross to the back post was met with aplomb by an oncoming Filip Holosko.

Graham Arnold’s men controlled the tempo and fashioned numerous chances to put the game to bed.

But while Ivan Necevski’s penalty save midway through the second half ignited some hope for the visitors, they were unable to penetrate Sydney’s resolute defence.

In the end, the lone goal proved enough as the home side held on for what could prove to be a title-clinching win.

Any slip up by Melbourne Victory will hand Sydney FC the title or the Sky Blues just need two points from their remaining four games to seal the Plate themselves. 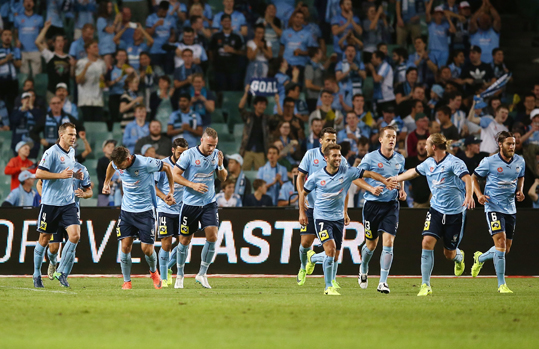 Graham Arnold: “Overall I thought our performance was good, but there’s a still a lot of improvement to go. At the end of the day the stats show they only had one shot on target, we should have had more goals.

“For me though it’s about winning, we won, we got the three points and we dominated them for 90 minutes. The energy was fantastic tonight, it was very good.”

8’ HOLOSKO GOAL – Zullo delivers a perfect first-time cross to Holosko who thumps it home on the volley in front of The Cove. 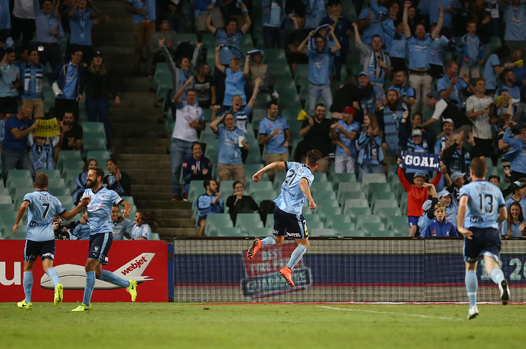 3’ BUIJS CHANCE – After staying forward from the previous corner, Buijs receives the ball, cuts in and fires a ferocious effort that flies just over the bar.

11’ BROSQUE CHANCE – Ninkovic gives the ball to Brosque who bursts into the box and produces a shot that forces Necevski into a save.

34’ SYDNEY CHANCE – Zullo whips in another dangerous ball but the defender gets his head to it at the vital moment and Galloway clears the loose ball.

36’ BROSQUE CHANCE – After Grant’s shot is saved by a diving Necevski, Brosque’s follow-up attempt is hit well beyond the bar.

60’ BOBÔ CHANCE – Holosko heads the ball down to Bobô inside the box but his volley rolls wide of the post.

74’ SYDNEY PENALTY – Ibini’s persistence inside the box pays off as Rose brings him down and the referee awards a penalty.

78’ IBINI CHANCE – After receiving the ball inside the box, Ibini hits a thunderous effort that rattles the underside of the bar and bounces out.

81’ BOBÔ CHANCE – Bobô beats the offside trap to collect the through ball, but his driven effort is saved by Necevski.

86’ O’NEILL CHANCE – O’Neill curls a free kick beyond the wall but a fingertip save from Necevski puts the ball out for a corner. 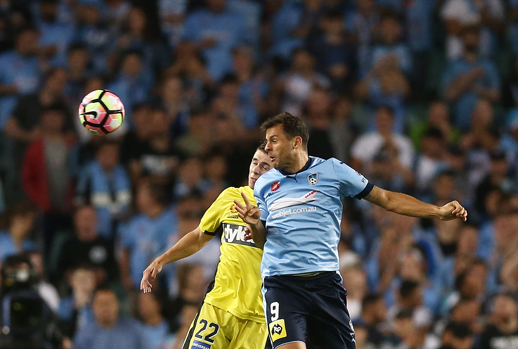