Sydney FC are on top of the Hyundai A-League after a comfortable 2-0 win over the Central Coast Mariners at Allianz Stadium in front of 17,761 fans.

A superb long range strike from Terry Antonis and a sharp prod home from Sasa Ognenovski within four first half minutes sealed the win.

The Sky Blues had numerous other chances to increase their lead over the 90 minutes while goalkeeper Vedran Janjetovic secured a second successive clean sheet with a late penalty save from Mitchell Duke.

The result means Sydney FC have made their joint best ever start to a Hyundai A-League season with 10 points from four games, equalling their opening four games of the 2009-10 Championship winning season.

Graham Arnold: “I’m very happy to get that out of the way. The positive thing was a clean sheet but they frustrated us, they got a lot of men behind the ball in the first half but at the end of the day we’ve won the game two nil. We could have had more but they could have scored a goal or two as well.

“I want to have a very strong home record here at Allianz and that’s seven points from nine at home.

“Milos is getting better and better and him and Antonis are two very good footballers that drive the team forward. Again we’ve got a big job still ahead of us but I’ve seen a lot of character.” 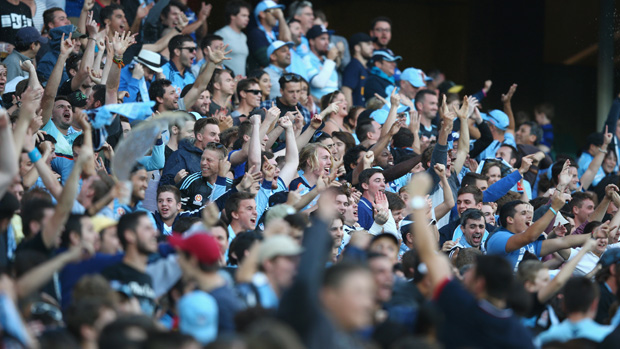 21’ ANTONIS GOAL – A Petkovic corner from the left is floated to Antonis on the edge of the box and the Socceroos midfielder took a touch to control and strike a low right footed drive into the bottom right hand corner of Nash’s goal.

25’ OGNENOVSKI GOAL – A free kick to Sydney FC on the right hand side of the Mariners box is passed right by Petkovic to Dimitrijevic who shoots from the edge of the box and Ognenovski sticks a leg out to change the path of the ball and deflect it beyond Nash.

9’ JANKO HEADS WIDE – Seb Ryall makes a surging run down the right hand side and crosses to Janko who powers a header just wide.

14’ GAMEIRO FIRES WIDE – A pass forward from Petkovic is headed back by Brosque looking to find Janko in the box but is cleared as far as Gameiro who takes the ball on his chest bursts past a defender and puts a shot wide from an acute angle.

22’ RYALL CLEARS OFF THE LINE – A Mariners free kick from the right is played into the box and is missed by a series of players eventually popping up to Hutchinson who nods the ball past Janjetovic but Ryall is back on the line to force the ball clear.

28’ BROSQUE SHOT BLOCKED – Dimitrijevic has the ball on the right edge of the Mariners box, nutmegs two defenders closes in on goal before pulling the ball back to Brosque who hits a first time shot from 8 yards but it’s blocked by Poscoliero.

38’ JANJETOVIC SAVES FROM DUKE – A cross from the Mariners right wing sees Ryall slip when going to clear and Duke puts his free header straight at Janjetovic from 12 yards.

62’ DUKE HITS THE BAR – A long ball out of the Mariners defence catches Sydney FCs defence off guard and Duke goes clear but can only lob Janjetovic and watch as his shot bounces off the bar and comes back out.

63’ DIMITRIJEVIC SHOT TIPPED AROUND POST – Dimitrijevic wins the ball in the centre of the field and skips past a couple of challenges before aiming a curling right foot shot towards the top corner of the net but Nash gets a hand to it to push it around the post.

64’ ANTONIS SHOT CLEARED OFF LINE – Ibini clips ball into centre of the box where Janko and Nash challenge for the ball.  Nash pushes ball clear to edge of the box to Antonis who shoots but Roux is on the line to clear the ball.

88’ JANJETOVIC SAVES PENALTY – Nikola Petkovic and Eddie Bosnar clash in the penalty box resulting in a penalty to the Mariners.  Mitchell Duke steps up and puts it to Janjetovic’s left but the keeper goes the right way and pushes the ball away before diving on a follow up strike.

Head Coach Graham Arnold made one change to the starting line up from the team which defeated the Champions Brisbane Roar nine days previously.  Nikola Petkovic returned from suspension to partner Sasa Ognenovski again at the heart of the defence.  Seb Ryall moved to right back with Pedj Bojic finding a place on the bench. Nick Carle also returned to the bench alongside Christopher Naumoff and Alex Gersbach.