Sydney FC have claimed derby bragging rights following one nil victory over the Western Sydney Wanderers in from of 40,539 fans at Allianz Stadium.

Sydney FC have gone top of the Hyundai A-League outright for the first time in five years after claiming the derby bragging rights with a 1-0 victory over the Western Sydney Wanderers at Allianz Stadium tonight.

40,539 fans watched the match, the fourth consecutive time the fixture has had a 40,000 attendance. 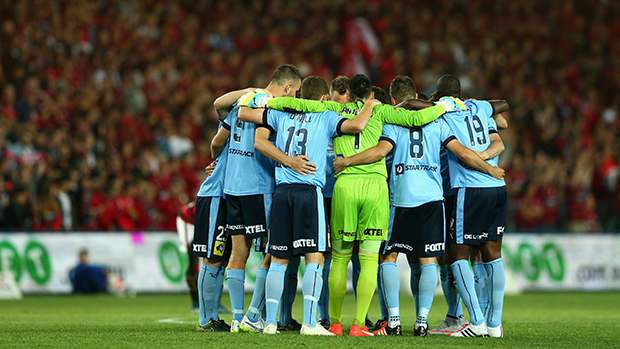 Tonight we probably weren’t in control of the game as much as we would have liked but we scrambled, we defended superbly and tactically the boys carried out the game plan. I thought we nullified Mitch Nichols, they’re a work in progress and so are we. We’ve got a hell of a lot of improvement in us.”

88’ NINKOVIC GOAL – O’Neill plays a lofted through ball to Ninkovic inside the box.  He takes one touch to control it and fires home into the bottom corner.

5’ NINKOVIC SHOT WIDE – A long ball forward is nudged back by Holosko to Ninkovic on the edge of the box and the Serbian curls a shot just wide.

14’ DIMAS MISS OFF SIDE – Jamieson crosses for Vidosic to nod down to Dimas who hits the bar but is ruled off-side.

42’ BROSQUE CLEARS VIDOSIC HEADER – A corner from the left is headed towards goal by Vidosic but Brosque clears off the line.

45’ SOTIRIO GOAL DISALLOWED – Nichols crosses from the left hand side to Sotirio who flicks a header over Janjetovic but the goal is ruled out for offside.

55’ JANJETOVIC SAVE – Vidosic wriggles clear of his defender and shoot but Janjetovic is down to save and Faty clears the danger. 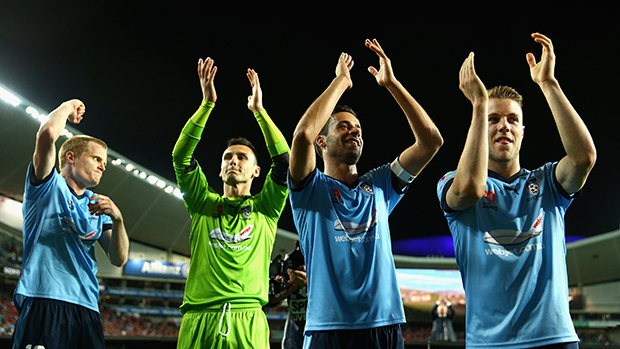 Sydney FC Head Coach Graham Arnold made one change to the line-up that started against Newcastle Jets seven days earlier. Christopher Naumoff made way for Filip Holosko to return while Andrew Hoole secured a place on the bench in place of George Blackwood.