Sydney FC succumbed to a drama packed second half at Coopers Stadium, to go down 5-2 to Adelaide United in stifling conditions on Sunday.

Sydney FC succumbed to a drama packed second half at Coopers Stadium, to go down 5-2 to Adelaide United in stifling conditions on Sunday.

A tense opening 45 minutes gave little away as both sides headed in level before the second period saw seven goals scored between the two sides in an end to end encounter.

Two goals in the space of three minutes saw Adelaide race to an early two goal lead in the second half before youngster Remy Siemsen scored a quickfire brace to bring the scores level with an hour played.

A penalty to the Reds with just over 20 minutes to play saw Adelaide regain the lead as the Sky Blues battled for a way back into the contest, before two goals in the final 10 minutes added gloss to the scoreline.

The result, coupled with the result from the Western Sydney Wanderers v Perth Glory (a 1-0 Glory win), sees the Sky Blues finish third on the ladder and travel away for their Semi-Final next weekend. 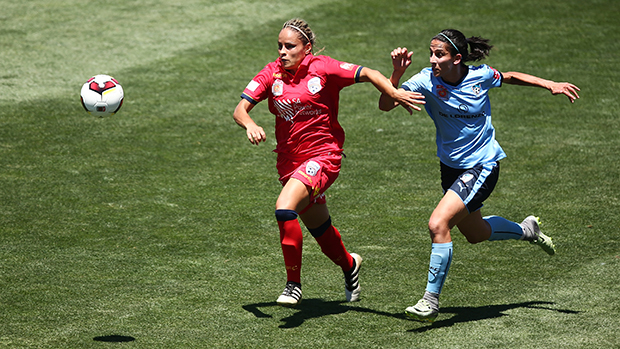 Head Coach Dan Barrett: “We weren’t good enough unfortunately. We rushed, were very reactive to a lot of circumstances and couldn’t play ourselves into the game. To go goals down and chasing is never easy. It’s encouraging seeing Remy on the scoresheet however, she’s an outstanding young player and is sticking her hand up each week for more time, she did a great job for us. We now look to get our berth into the Grand Final.” 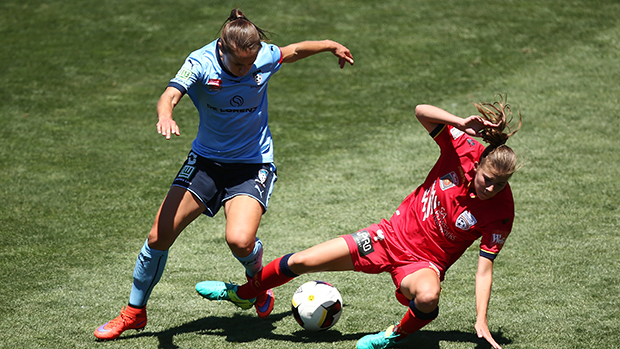 46’ QUIGLEY GOAL – An Adelaide free kick from deep is fired into a cluster of bodies in the penalty area with the ball being spilt, and Quigley is on hand to tap into an empty net.

49’ JONES GOAL – Adriana Jones pounces on an under hit back pass from Teresa Polias to round goalkeeper Sham Khamis and slot into the net.

55’ SIEMSEN GOAL – Alanna Kennedy picks up a loose ball, charges forward and plays it to Kyah Simon who lays it into the path of Siemsen and the youngster fires underneath the keeper first time.

58’ SIEMSEN GOAL – A goal mouth scramble off a Sky Blues corner sees Francisca Ordega rattle the post, and Remy Siemsen is on hand to tap home the rebound from close range.

60’ HODGSON GOAL – Emily Hodgson puts Adelaide back in the lead as she pops up at the far post to tap in a cutback from the Reds.

68’ JONES PENALTY – Adriana Jones steps up to convert the Reds’ spot kick, firing high into the right hand side of the net. 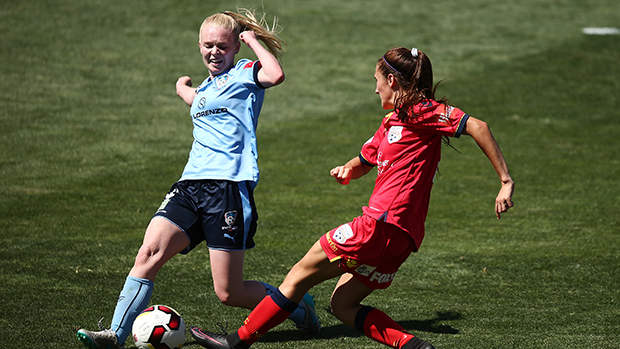 19’ HUERTA SHOT – Neat build up play from Adelaide outside the Sydney FC area ends with Sofia Huerta cutting in from the left and dribbling a shot wide of the post.

30’ ORDEGA SHOT – A ball over the top releases Francisca Ordega who takes a touch before volleying at goal, but her effort curves wide of the far post.

37’ KHAMIS SAVE – Grace Abbey attempts a chip from range after the Sky Blues clear a Reds’ corner, however Khamis is equal to the effort to palm the ball away from the top corner.

45+4’ QUIGLEY EFFORT – Sofia Huerta beats her marker before cutting back to Racheal Quigley on the penalty spot, however the Reds’ forward scuffs her effort wide and the ball is cleared.

66’ ORDEGA CHANCE – The Nigerian forward is played in on the right hand side of the box, beating the keeper and getting to the byline, however Adelaide scramble to clear the ball.

67’ ADELAIDE PENALTY – Adriana Jones is played in behind the Sky Blues defence, she looks to round Khamis in goal but is dragged down and the Reds’ win a spot kick.

Head Coach Daniel Barrett named an unchanged line up for the final round of the Westfield W-League 2016/17 regular season.