Sydney FC have moved 12 points clear at the top of the Hyundai A-League and extended their unbeaten run to 18 games since the start of the season, after a 0-0 draw against Brisbane Roar.

The Sky Blues have also set a new Australian football record for the number of goals conceded after 18 games with eight, beating the record of 10 conceded by Wollongong Wolves at the same stage of the 1991/92 season.

Roar keeper Michael Theo was tested on numerous occasions by the Sydney FC attack while Sky Blues stopper Danny Vukovic also made some crucial saves in an end to end game.

Sydney FC look to continue their road to invincibility with a home game against Wellington Phoenix on Thursday night at Allianz Stadium.

Graham Arnold: “Brisbane have a good record up here at Suncorp Stadium and we knew it would be a tough game.

“We had a few chances, good chances, they had a couple. I think ours were more clean cut but at the end of the day I think the fans go home after a good 0-0.” 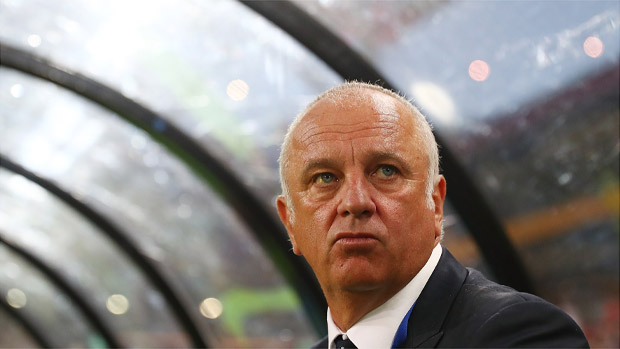 Josh Brillante: “Our boys showed great character and we showed that until the end of the game.

“Right from the start we had plenty of chances and I think we did pretty well.”

3′ GREAT SAVE VUKOVIC – McLaren gets clear on the left of the box but Vukovic makes a superb save.

6′ GREAT SAVE VUKOVIC – Roar break with a ball from Broich to Petratos but Vukovic makes a good save from the former Sydney FC striker.

8′ GOOD CHANCE – Brosque feeds Bobô who controls well in the box and tries to flick beyond Theo but he saves.

20′ GREAT SAVE VUKOVIC – Oar is one on one with Vukovic but the big man does what he does best and Oar can’t beat him.

28′ WHAT A FREE KICK – Jordy Buijs curls a free kick to the far post and Theo finger-tips the ball behind making a fantastic save to keep the score at 0-0.

29’ HOLOSKO SHOT – Cross from Carney finds Holosko on the edge of the box and Theo saves brilliantly.

56’ GREAT SAVE VUKA – DeVere crosses and Broich heads from close range but Vukovic tips against the bar.

77′ BROSQUE DENIED BY BRILLIANT SAVE – Cross from O’Neill is flicked on by Brosque but Theo gets fingertips to it when the ball is behind him. 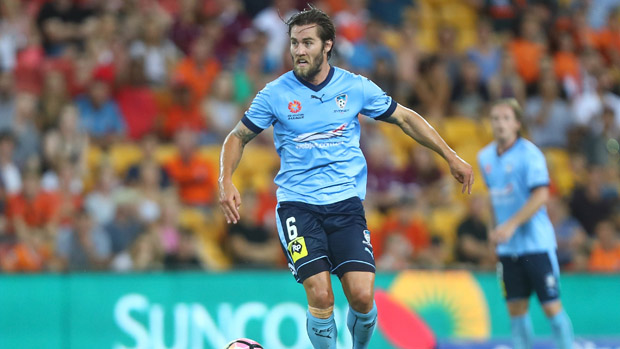 Head Coach Graham Arnold recalled Rhyan Grant to the starting line up at right back while David Carney filled the left back role vacated by the suspended Michael Zullo.  Aaron Calver made way with Charles Lokolingoy moving onto the bench.  Alex Wilkinson made his 200th appearance in the Hyundai A-League.

Sydney FC Finals Run Flexi Now Available – Choice of any 3 of the last 5 home matches from $40 for Juniors and $75 for Adults. CLICK HERE