Midfield maestro Ninkovic becomes only the second recipient to win the award for the A-League’s best player – the Johnny Warren Medal – twice in the A-League era.

Left back Joel King has beaten off a host of young A-League talent to win the Young Player Of The Year, while goalkeeper Andrew Redmayne has been awarded Goalkeeper Of The Year for the second consecutive season.

36-year old Ninkovic caps off a stellar season as a joint winner of the award with Wellington Phoenix attacking midfielder Ulises Davila.

The Serbian, who is regarded by many as the best the A-League has seen, says he was a little shocked but delighted to have picked up the award.

“It’s amazing, thank-you very much, I really didn’t expect it to be honest with you,” he said.

“I want to thank all my team-mates, the coaching and medical staff and of course all the Sydney FC Members and fans; thank you for everything.” 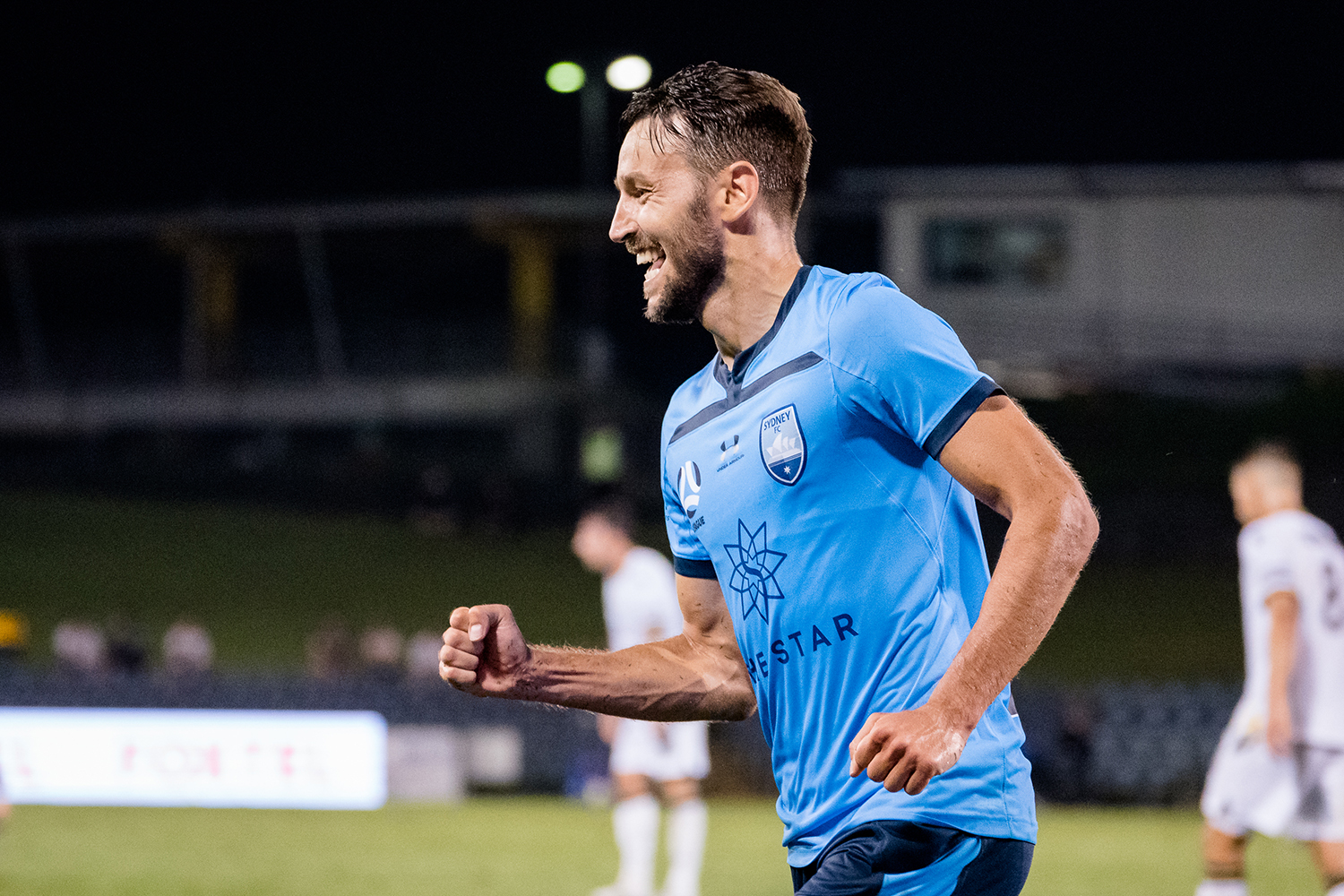 Ninkovic joins former Brisbane Roar forward Thomas Broich as the only person to have won the medal for a second time in the A-League era.

“It is amazing to win another Johnny Warren Medal, a great achievement for myself but I only had one goal at the start of the season and that was to win the Grand Final.

“Hopefully we can do it this weekend.”

20-year old King has played all but 38 minutes of the season, starting every game, providing three assists and receiving just one booking.

On hearing the news the Olympic prospect described his excitement.

“It’s crazy, I’m absolutely buzzing,” he said. “There are so many good young players in the A-League, so I’m speechless.

“I’d like to thank the team and the coaches, especially the boys I’ve been playing around, they’ve been great for me all year and let me do my thing.

“I can’t thank them enough.”

The Socceroos shot-stopper, who has conceded the least goals of any keeper this season, says he is thrilled to have repeated last season’s accomplishment.

“I’m very happy to have won this award for a second time and truly honoured to have won it alongside Birraz, (Mark Birighitti) who was fantastic all year.

“I’ve got to thank my team-mates, we’ve got the best defence in the competition and they’ve been fantastic for the last few seasons.

“I’d also like to thank my family and our wonderful Members and fans without whose support I couldn’t have done this.

“Finally a special mention to ‘the union’ at Sydney FC.

“Working with Nashy (Matthew Nash), Tommy (Tommy Heward-Belle), Pav (Adam Pavlesic) and the other keepers is a blessing to be a part of.

“It’s one I love showing up to everyday and I think collectively we make each other better, day in and day out.”

In the A-League version Sky Blues right back Rhyan Grant was included in the Team Of The Season alongside Ninkovic, Ryan McGowan and Luke Brattan.

The awards come as the Sky Blues look to cap off a remarkable few seasons with a Grand Final victory against Melbourne City at AAMI Park on Sunday.

A win would see the club become the first in the A-League to win three Championships in a row and would make Head Coach Steve Corica the most successful coach in the competition’s history.