Sydney FC have cruised to a comfortable 9-0 win over Earlwood Wanderers FC in the Johnny Warren Community Challenge at Leichhardt Oval tonight.

Sky Blues marquee Bobô notched a hat-trick, captain Alex Brosque and centre half Jordy Buijs both picked up a brace, while Paulo Retre and Matt Simon each hit the back of the net with long range strikes.

Sydney FC face MacArthur Rams next Tuesday night in their next pre-season friendly at Campbelltown Sports Stadium at 7.30pm. 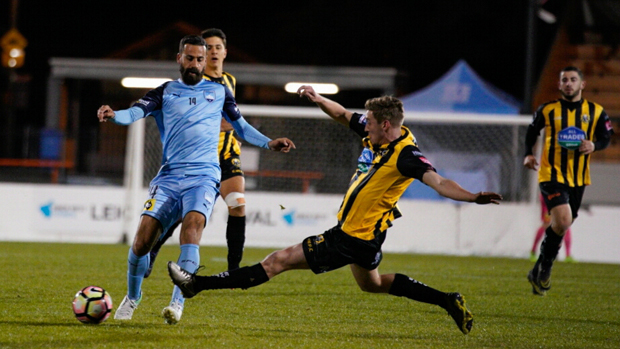 Graham Arnold: “I thought it was a very good hit out for the boys.

“We knew we would probably dominate the game, so it was good to have a lot of time with the ball tonight and to score a lot of goals.

“It was a good performance but I was even more pleased with the great attitude shown by the players.”

15′ BOBÔ GOAL – Carney’s left wing cross to the far post finds Matt Simon who heads back across to Bobô to head home from close range.

20′ RETRE GOAL – Carney’s short corner finds Retre on the edge of the box who drills it low and hard into the corner with a fine strike.

29′ BUIJS GOAL – Buijs drills a free-kick through the wall and into the corner for 3-0.

40′ BROSQUE GOAL – A good cross from Esposito on the right finds Brosque who buries it first time.

45′ BROSQUE GOAL – Esposito crosses from the right and finds Bobô who unselfishly nudges it back to Brosque to finish from two yards.

51′ BUIJS GOAL – Carney’s corner is hit direct to Buijs on edge of the box, who smashes home a half volley home, almost Paul Scholes-esque!!

53′ BOBÔ GOAL – A Carney through ball sends Bobô clear to lift the ball over the advancing keeper.

55′ BOBÔ GOAL – Kuleski gets down the to left to by-line and cuts it back to Bobô who blasts home for his hat-trick.

66′ SIMON GOAL – Matt Simon blasts a freekick on the edge of the box into the bottom corner. 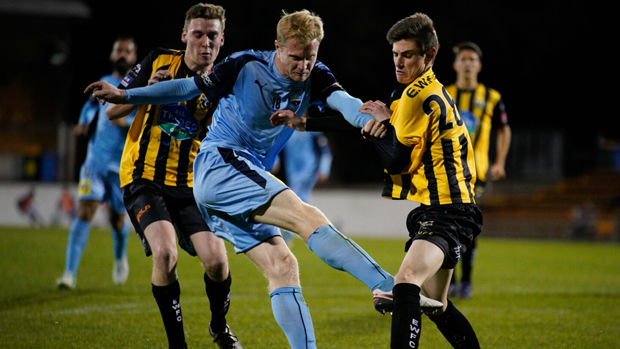 Head Coach Graham Arnold brought in marquees Milos Ninkovic and Bobô for their first starts of pre-season with Ninkovic starting on the left of midfield and David Carney reverting to left back at the expense of Michael Zullo who was rested.  Paulo Retre was given a chance at centre midfield in place of Brandon O’Neill while trialist Jacob Esposito was given a chance to impress at right back.  Charles Lokolingoy took some time out with Matt Simon moving wide right to allow Bobô through the middle. 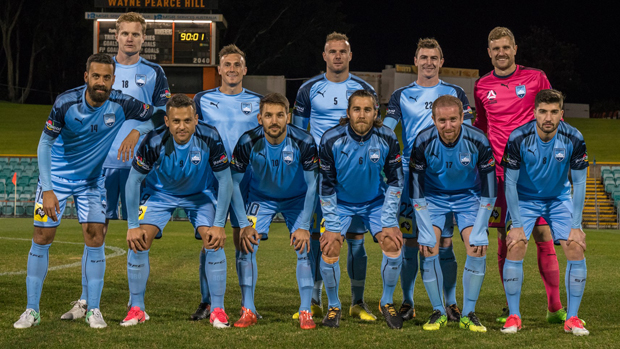