Sydney FC Slip Up In The Rain

Sydney FC have slipped up in at times atrocious weather conditions at Allianz Stadium, going down 3-1 to Brisbane Roar.

Sydney FC have slipped up in at times atrocious weather conditions at Allianz Stadium, going down 3-1 to Brisbane Roar.

The Sky Blues conceded an early goal to Olyroo Jamie Maclaren in the 8th minute before going on the offensive and creating a number of chances to equalise.

Parity was restored early in the second half as Corona put an Alex Gersbach free kick into his own net and as Sydney FC drove forward in search of a winner, Roar countered and scored twice through Mckay and Maclaren again. 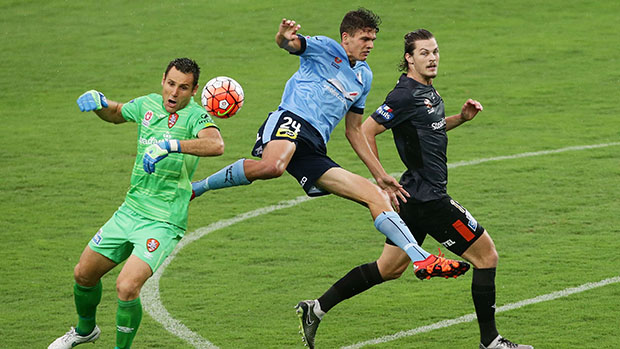 Graham Arnold: “What I learned today is who can back up three days after a short turnaround.  Today was flat, we looked heavy legged and at the end of the day we got hit by the counter attack on two occasions in the second half.

“We’re putting too much pressure on our defence because we’re not scoring goals, I think after we conceded the first goal we had some really good chances and we didn’t take them.  The second half we had some good chances when we got back to 1-1 but then we got hit on the break. That’s football.” 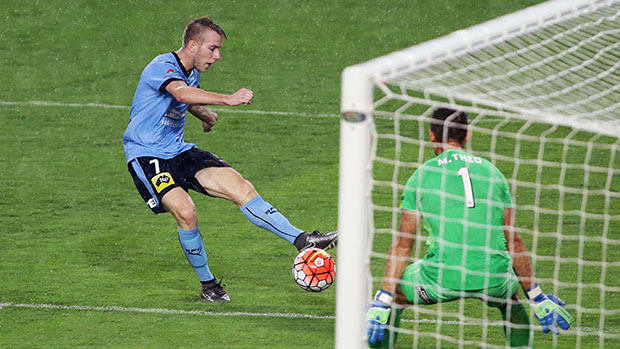 8’ MACLAREN GOAL – Broich chips over the Sydney FC defence to Maclaren who’s first shot hits the post before he slots home at the second attempt.

52’ CORONA OWN GOAL – Grant wins a free kick on the right edge of the box and Gersbach whips it in forcing Corona to put through his own net while trying to clear.

67’ MCKAY GOAL – Brisbane Roar re-take the lead as McKay heads in at the back post from a Petratos cross on the right.

76’ MACLAREN GOAL – Maclaren makes it three for the Roar as he taps in at the far post after Henrique broke clear. 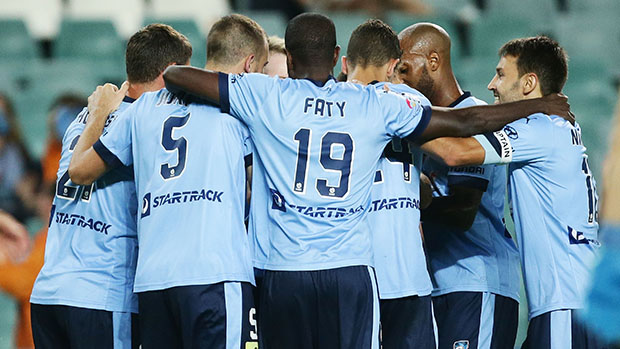 4′ JANJETOVIC SAVE – Vedran stands tall to parry McKay’s shot after he’s played into the area unmarked.

15′ BLACKWOOD HEADER – Gersbach breaks forward and finds the head of Blackwood with the cross but it sails over the bar.

25′ HOOLE CHANCE – Great interplay between Holosko and Hoole sees the latter break clear but his volley is saved.

34′ O’NEILL SHOT SAVED – O’Neill charges forward and fires from distance forcing Theo into a sharp save which he parries and the danger is cleared.

47′ HOOLE FIRES WIDE – Early chances for the Sky Blues as Alex Gersbach finds Hoole with the cutback but he the winger side foots wide.

84′ JANJETOVIC SAVE – Petratos breaks clear on the counter 1 v 1 with Vedran but the keeper is down low to make the stop.

Head Coach Graham Arnold made four changes to the starting line up from four days earlier.  Olyroos Alex Gersbach, Brandon O’Neill and Andrew Hoole all started the game with young George Blackwood returning to the starting line-up for the first time in two games.  Milos Dimitrijevic and Seb Ryall dropped to the bench as a result while Matt Simon and Christopher Naumoff missed out.