Sydney FC has completed the signing of 80 cap Socceroos full back Luke Wilkshire.

Wilkshire arrived in Sydney earlier this week and has undergone a stringent four-day medical with the Sky Blues.  Watch the final part of his medical here.

“We needed him to prove his fitness and at 35, he has shown he is in top physical condition.

“He has 80 caps for Australia and I believe he is a great acquisition and will be a fantastic signing for us at right back.

“I had a great working relationship with Luke in the national team and I look forward to doing so again.”

Wilkshire, who was part of the Socceroos ‘Golden Generation’, played in the 2006 and 2010 World Cups, including Australia’s 2006 win over Japan and their controversial defeat to Italy in the round of 16. 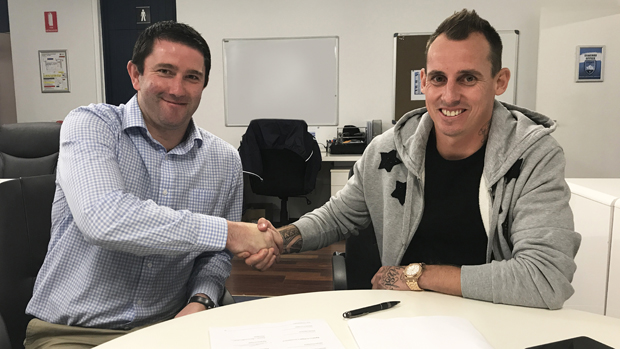 He has also played for Middlesbrough in the English Premier League, made more than 70 appearances for Feyenoord and FC Twente in the Dutch Eredivisie (first division) and amassed nearly 150 games for Dynamo Moscow in the Russian Premier League.

Despite his vast career and experience, Wilkshire says he is excited for his first taste of Australian football in nearly 20 years.

“I’ve been playing overseas for a long time now and have never had the chance to play in the Hyundai A-League, so this is an extremely exciting opportunity for me,” he said.

“It’s a great challenge to help Sydney FC go back to back and improve on their fantastic season last year.

“I can’t wait to get started.”

Wilkshire has returned to Russia and will join his new Sky Blues’ team-mates when they return from their Westfield FFA Cup match against Darwin Rovers next Wednesday night.