Sydney FC has shored up third place on the Westfield W-League ladder, and kept their Finals Series qualification in their hands, after settling for a point in an end to end #BigBlue at Lakeside Stadium on Sunday. 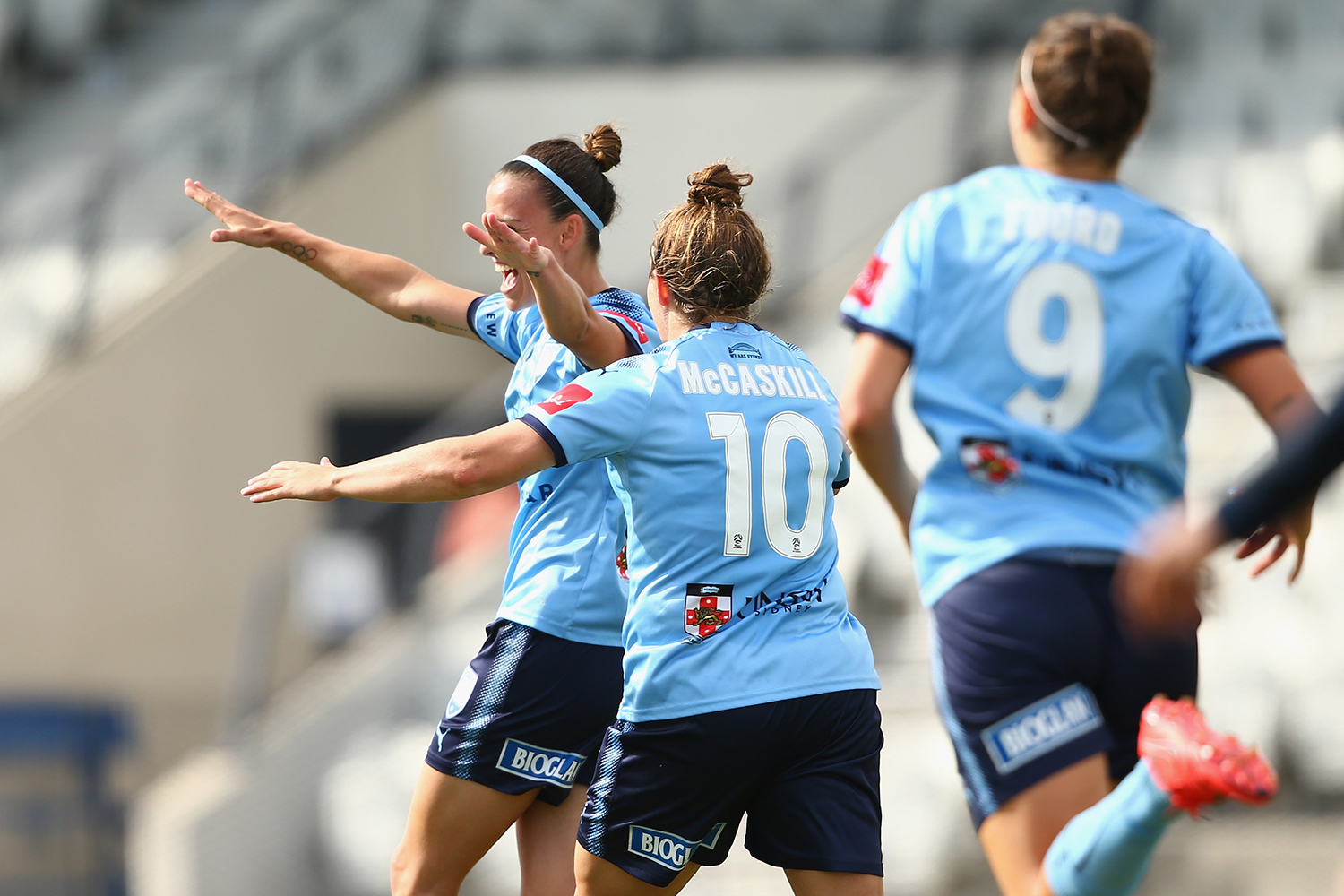 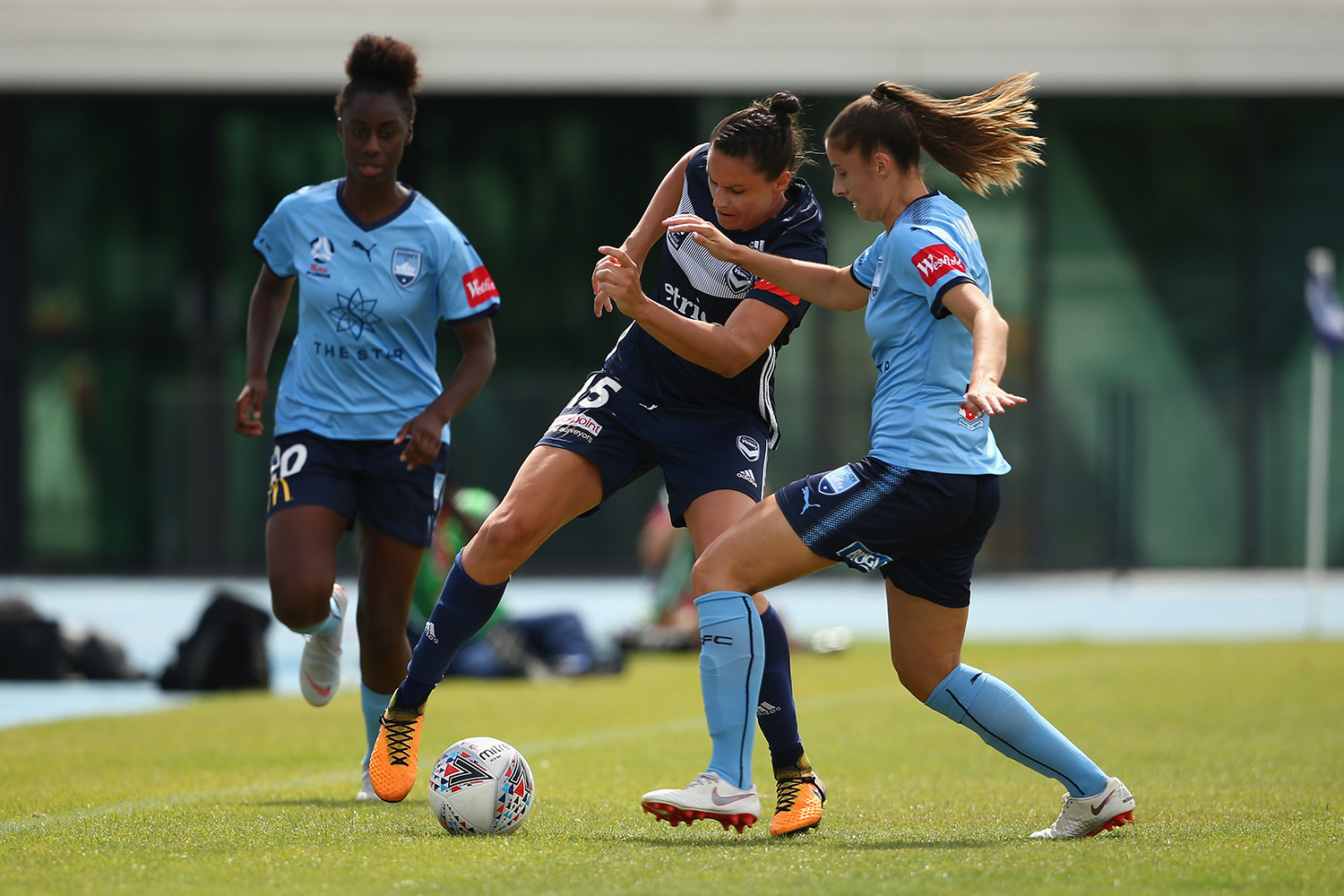 There was little to split the sides in a tense opening first half, with chances at a premium as both defences held firm.

The Sky Blues’ had a prime opportunity to open the scoring early, as Chloe Logarzo won a spot kick after being brought down in the box, however Caitlin Foord’s penalty was parried to safety by Casey Dumont in goal.

Both sides continued to battle in midfield, before Alanna Kennedy ensured the Sky Blues would take a lead in at the break as she fired in from close range after Princess Ibini’s initial effort was spilled into her path.

Melbourne and the Sky Blues both emerged with renewed energy in the second half, with the game being played out end to end as both sides enjoyed space out on the wings.

Caitlin Foord had a penalty shout turned down after appearing to be bundled over while shooting after she latched onto a ball over the top, however her protests were waved away as the contest turned fiery.

Emily Gielnik restored parity for the home side just beyond the hour mark volleying home across goal, however the stalemate didn’t last long as Chloe Logarzo put Sydney FC back in the ascendancy three minutes later, lobbing Dumont from close range, seeing the ball nestle in the net off the bar.

With the game being stretched as space opened up behind each side late on, it was the hosts who scored the crucial goal, as Captain Natasha Dowie swivelled on a lobbed ball forward to convert low and ensure the points were shared. 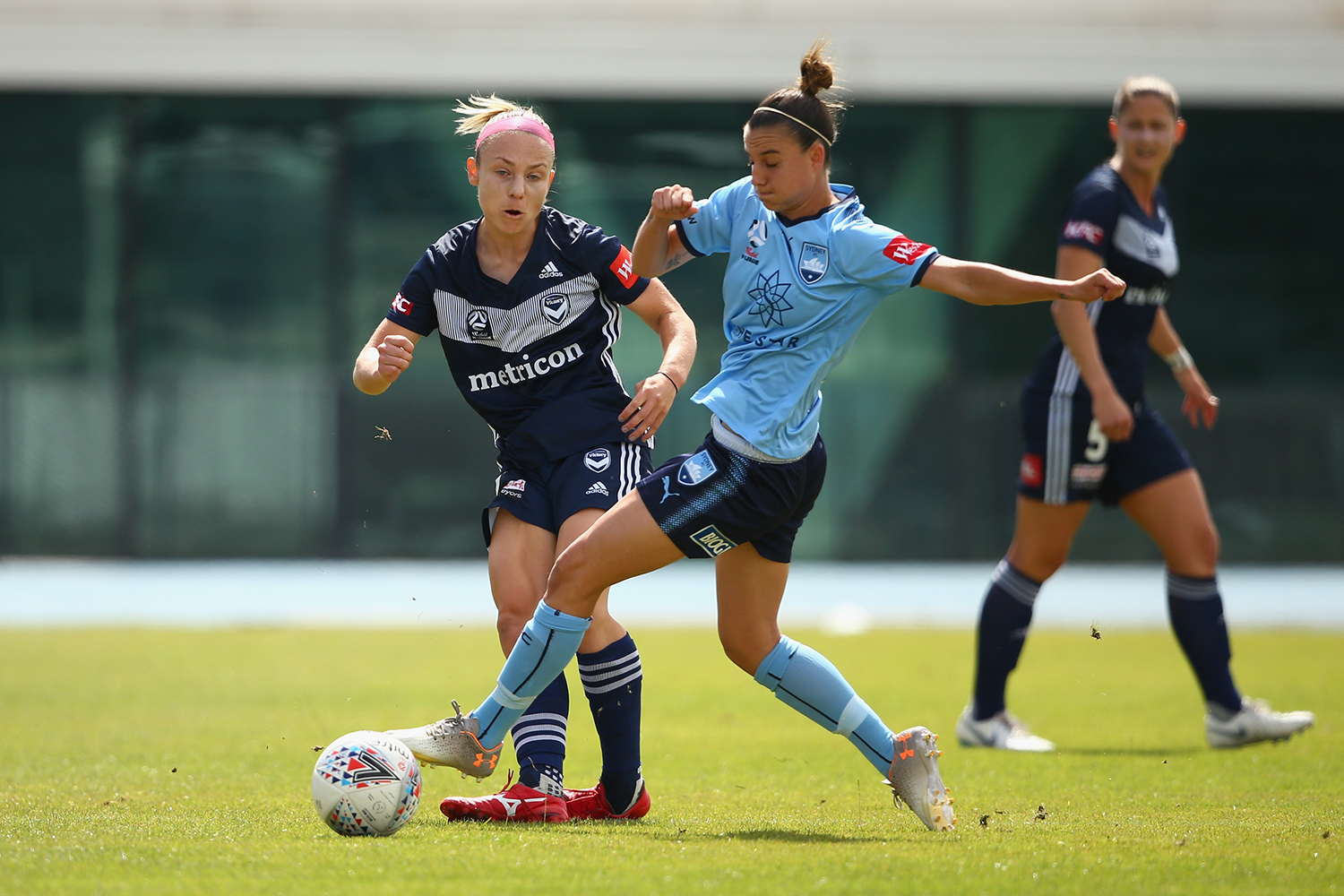