The undefeated Sky Blues head into Saturday’s clash having not tasted defeat in the derby for three years, and another crowd of over 40,000 is expected to filter through the Allianz Stadium turnstiles for the encounter.

Beyond the halfway mark for the season, Sydney FC have recorded 11 wins and three draws, and have dropped points only twice at Allianz Stadium so far.

“It’s fantastic to see the match to sell out for a sixth consecutive occasion,” he said. 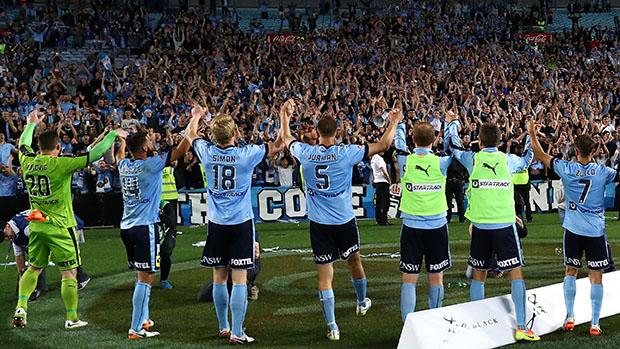 “The Sydney Derby is the biggest game in town and one of the most eagerly anticipated contests on Australia’s sporting map and the atmosphere it generates is the best at any sports event in the country.

“It’s going to be another fabulous occasion for football in this country and goes to prove our club and our game can rival any in Australian sport.

“I’m excited for kick off on Saturday and for Sydney to be Sky Blue again come full time.”