Sydney FC Up To Second With Seventh Big Blue Win 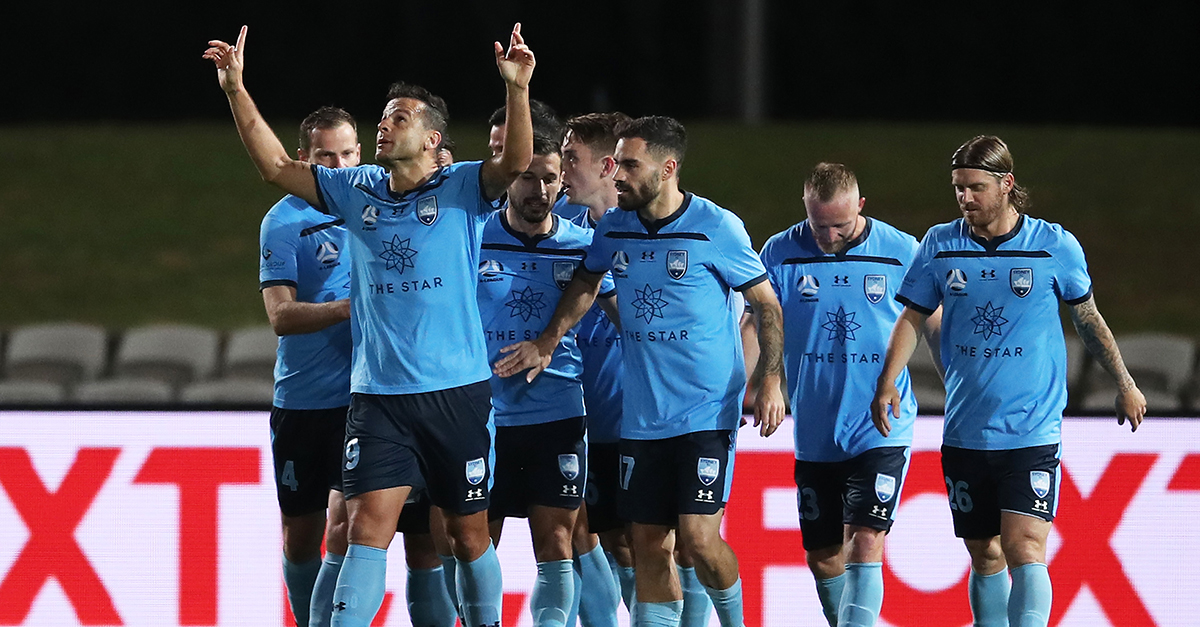 Sydney FC has shot up into second place on the A-League ladder following a 1-0 win over Melbourne Victory – their seventh win in a row against their Big Blue rivals.

BOBÔ GOAL – 6’ – Luke Brattan curves a precise ball across goal towards an unmarked Bobô who heads it downwards into the back of the net.

BOBÔ CHANCE – 33’ – A long cross is headed back into the six-yard box by Alex Wilkinson and Bobô has two stabs at the ball, but Acton scrambles to smother the ball.

REDMAYNE SAVE – 36’ – Redmayne positions himself well to save Folami’s headed chance.

BARBAROUSES CHANCE – 45’ + 2’ – Barbarouses is played through by Baumjohann, hitting the ball straight and hard at Acton who is forced to parry it.

BARBAROUSES CHANCE – 54’ – Barbarouses is played through by Baumjohann but Acton comes off his line and closes the space blocking Kosta’s shot on goal.

NINKOVIC SHOT – 67’ – Melbourne are unable to clear a Rhyan Grant cross and the ball comes to Ninkovic at the back post who hits a first time volley forcing a low diving save from Acton,

An early Sydney FC goal was all it took for the Sky Blues to walk home with the three points and move into second place in the A-League after dominating large parts of the game.

Corica’s men capitalised early when a Luke Brattan cross was slotted away by a back post header from Bobô.

Despite a number of further attempts, the home side were unable to double their lead at the break.

A bright Melbourne Victory start in the second half saw a headed effort from Brooks force Redmayne into an acrobatic save.

Substitute Milos Ninkovic nearly had an instant impact off the bench, coming inches away from doubling Sydney’s lead with a valiant volley but a defiant performance from Acton between the sticks saw Victory stay in the game until the final whistle.

The Sky Blues head into Saturday’s Sydney Derby with momentum and a chance to put more pressure on the teams around them.

What they Said: Steve Corica : “It’s nice to get a clean sheet win and walk away with the three points, as well as move up the table.

“I think the last three weeks we’ve played better, and we’ve only picked up a point in each game, so the most important thing tonight was three points.

“We’ve put some pressure on some other teams.

“I think we should be top now; we’ve had opportunities to go top a long time ago with three games we should have won.”