Sydney FC Up To Second After Record Big Blue Win 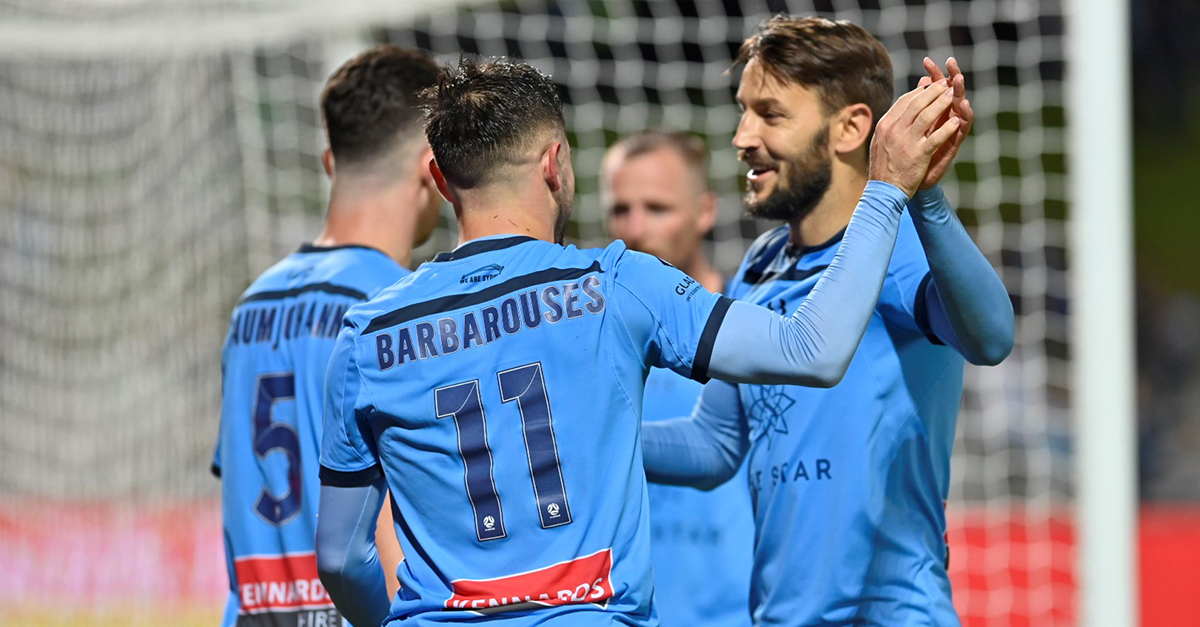 Sydney FC have moved to a convincing, record 8th consecutive Big Blue win over their bitter rivals Melbourne Victory and secured 2nd place on the A-League ladder, thanks to goals from Bobô and Kosta Barbarouses.

Sydney FC have moved to a convincing, record 8th consecutive Big Blue win over their bitter rivals Melbourne Victory and secured 2nd place on the A-League ladder, thanks to goals from Bobô and Kosta Barbarouses.

Sydney FC have claimed the Beyond Blue Cup in a record breaking 8th consecutive win over Melbourne Victory, moving the Sky Blues into 2nd place on the A-League ladder.

Steve Corica’s side were hampered by the loss of Trent Buhagiar to a groin injury in the warm up and he was replaced by Bobô who opened the scoring in the 10th minute, prodding home Acton’s parry from Le Fondre’s header.

Bobô’s header just before half time could have made it two, while Barbarouses and Caceres went close just after the break.

Sky Blues shot stopper Andrew Redmayne was called into action with a couple of fine saves midway through the second half before substitute Wood lit up the play with an electrifying run and shot.

Sydney FC sealed the win with six minutes remaining when Ninkovic left Traore for dead with a subtle turn and fed Barbarouses at the perfect moment for the Kiwi to fire home.

Up next is the Sydney Derby against Western Sydney Wanderers at the SCG on Sunday, with the Sky Blues building momentum towards the end of the season.

What they Said: Steve Corica:

“We look forward to this game every year, we’ve had three this year and won all of them so it’s very pleasing.

“The second goal was a telling time in the game that we were pretty comfortable.

“Ever since Bobô’s come into the side that’s taken a bit of pressure off, and with Adam [Le Fondre] coming in now that’s a different picture. I think it gives us great strike force up top now.

“The depth of the squad is very good leading into the finals so we’re very happy with where we are at the moment.”

On the Sydney Derby:-

“The performances have been really good, I think we’ve dominated both the games we’ve played this year with no result.

“It’s going to be about performing well, but again getting those 3 points is the main thing.”