We caught up with the former Sydney star – one of the Harbour City club’s favourite sons – to preview the campaign ahead for Steve Corica’s side. Read on as Brosque gives his verdict on the Sydney squad, the matches they must win, along with a bold prediction or two.

A-League.com.au’s two things to look for…

1. Barbarouses and Baumjohann in blue

Sydney FC caused quite a ruckus in the off-season by poaching Alexander Baumjohann and Kosta Barbarouses from rivals Western Sydney Wanderers and Melbourne Victory respectively. The pair of arrivals will no doubt fuel more fire to the already white-hot Sydney Derby and Big Blue rivalries.

2. Can Sydney go back to back?

Only once in Hyundai A-League history has a side been able to win back-to-back Championships: Brisbane Roar, who secured both titles in the 2010/11 and 2011/12 seasons.

History might not be on their side, but Sydney FC and coach Corica will be confident of bucking the trend given the sheer measure of talent at his disposal.

“For me, that Round 3 Sydney Derby is a really key game for Sydney FC.

“I know it’s early on but that’s one where if they go on and put on a dominant performance and win well, that will have everybody scared for the rest of the season.

“Especially going to Parramatta to win, to get a result over there in a big game like that for me is a real key and I know they’ll be up for it.”

“[The Big Blue] is going to have a different feel to it for the players more than anything.

“Without Muscat there it’s a completely different Melbourne Victory so it will be very strange.

“But again, you add the fact that Kosta [Barbarouses] has come from them to us, he’s going to be under a lot of pressure from the Melbourne Victory fans but he’ll love it.

“The Big Blue never disappoints, so that’s a game Sydney will be up for as well.

“Redders last year had an incredible season, he’s gone from strength to strength and has now become a national team goalkeeper through the hard work he’s put in.”

“Ninkovic has been the class we have always needed since he came.

“He’s the guy that can create something out of nothing, he can split a defence with a pass nobody else can see and his link up play between our midfield and Le Fondre and Barbarouses is what I think is going to be very important this season.” 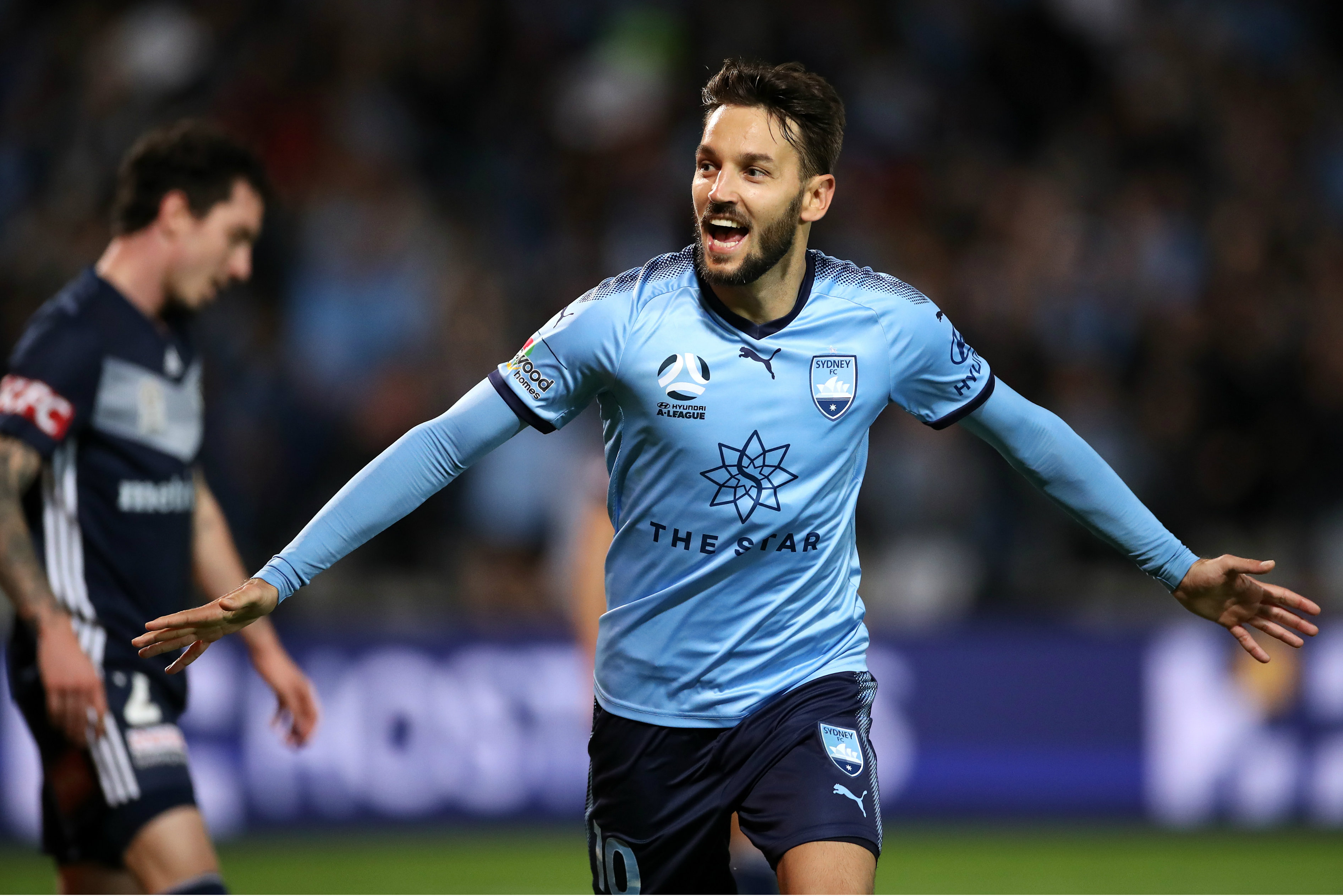 “Having a look at the recruitment they’ve done I think they’re going to win it again.

“With Barbarouses coming in and McGowan at the back there to sure things up and Brattan of course coming in as well, there’s so much class all over the pitch.

“I think Kosta will be excellent, he’s a player that having played against him for many years was the one guy that you feared.

“I think you throw him into a team that has guys like Ninkovic and Le Fondre and I think he’s going to have an incredible year.

“With the addition of Baumjohann from the Wanderers, he’s such a great player and I think we’ll see the best of him now at Sydney. From what I’ve seen and from what the boys tell me I think he’s in for a massive year.”

“I think Steve Corica was very smart in understanding we had something here under [former coach Graham Arnold] Arnie that worked really well.

“He immediately had the respect from all the players, he’s a guy everyone enjoys playing under and that’s what I think carried us all the way.

“This year will probably be different for Steve, he’s got players he’s brought in which will allow him to experiment a bit more.”

“I think Sydney will win the Championship this year.

“In the ACL, we don’t know the groups, but even still with the high quality and depth they have this year and the fact we’ve been so close but not quite good enough in the last couple of years, this will be the year they push on and have a crack past the group stage.”

Sydney FC have made the transition from Puma to Under Armour as their kit provider for the 2019/20 Season.

The recognisable Sky Blue kit now features a darker blue stripe across the chest, with a pattern stretching across the shoulders and down the sleeves which represents the ceramic tiles which adorn the Sydney Opera House. 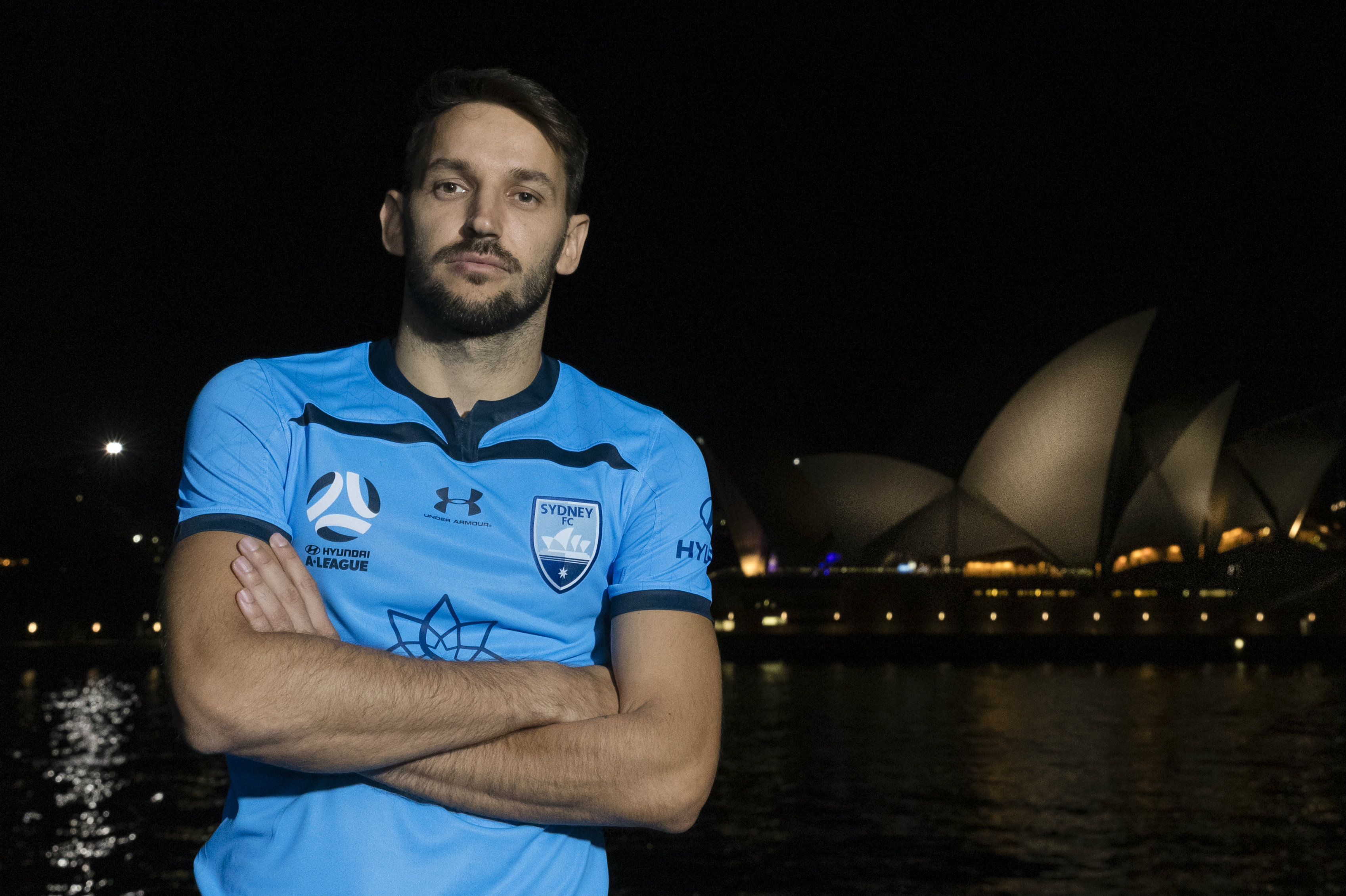 Don’t miss out when the Sky Blues come to town. Book yourself a ticket here.