From a new coach, to new players and to records broken, the Hyundai A-League 2014/15 season and Westfield FFA Cup 2014 season had plenty of highlights for the Sky Blues.

The Sky Blues began their preparations for the season with notable tours of both New Zealand and Townsville in July and August 2014.

In New Zealand the Sky Blues recorded one win and one defeat against English Premier League opposition, defeating West Ham United 3-1 while falling 4-0 to Newcastle United, while in Townsville the Sky Blues picked up their first piece of silverware under Arnold with a clean sweep in the Wingate Townsville Football Cup.

Attention then turned to the introduction of a new cup competition as Sydney FC prepared for their first foray into the Westfield FFA Cup.

The Sky Blues dispatched Melbourne City in the round of 32 after extra time to set up a tantalising Sydney Derby against Sydney United 58 FC in the round of 16. Two stunning strikes to Christopher Naumoff couple with an Ali Abbas effort at Edensor Park put Sydney FC into the quarter finals where they fell to eventual cup winners Adelaide United. 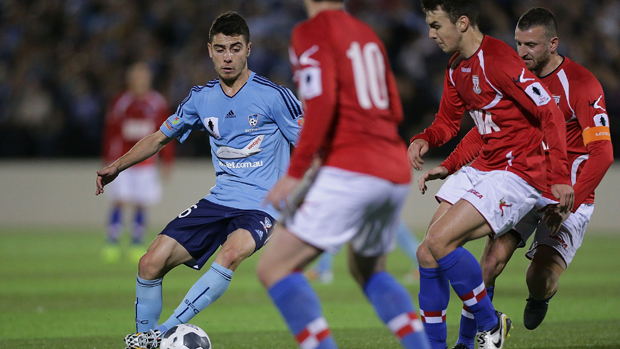 Round one of the Hyundai A-League saw David Villa arrive at Allianz Stadium with Melbourne City as the Spaniard cancelled out Corey Gameiro’s early second half strike to earn a share of the points in the first game of the season.

The Sky Blues then contested the first of three thrilling Sydney Derbies as a record season attendance of 41,213 filed into Allianz Stadium in October.

Going behind to two early goals, Sydney FC showcased all their spirit as Corey Gameiro struck just before the interval while Sasa Ognenovski and Captain Alex Brosque hit the net in the second half to seal an infamous comeback victory. 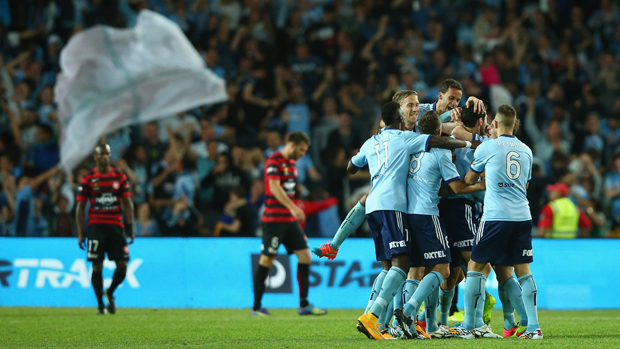 From there the Sky Blues went another six games unbeaten, with Marc Janko scoring one of the goals of the season as he volley home from just beyond halfway to opening the scoring in a 2-0 win at Suncorp Stadium.

In the lead up to Christmas, a special effort from Bernie Ibini ensured the Sky Blues claimed a point in the second Sydney Derby of the season after earlier draws against Adelaide United and Melbourne Victory.

After a nil all draw at a picturesque WIN Stadium in Wollongong against Newcastle Jets, the Sky Blues enjoyed their most prosperous period of the season, amassing 31 points from a possible 39 and scoring 37 goals, 16 of which earned Marc Janko the Golden Boot award. 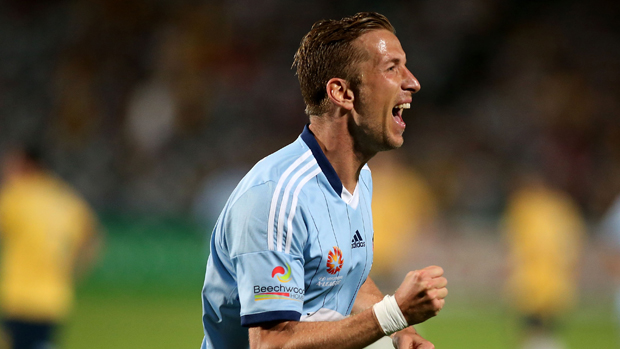 The final Sydney Derby of the season proved to be another enthralling contest at Pirtek Stadium as summer came to a finish in February.

The Sky Blues had opened up a dominating three nil lead before Kerim Bulut clawed the Wanderers back into the contest. Terry Antonis, returning from winning the Asian Cup with the Socceroos, broke the Wanderers hearts however as he struck in the 75th minute to leave the Wanderers without a Derby win this season.

The remarkable run of form in the latter stages of the season, which included a new Hyundai A-League record for number of games undefeated away from home including two solid displays in both Wellington and Perth, while the Central Coast were demolished 5-1 away from home and 4-2 at Allianz Stadium.  The Sky Blues also had a thriller of a game against Brisbane Roar which ended 5-4 with Janko on hand with a hat-trick.

The run saw Sydney FC qualify for the Finals Series as they faced Adelaide United at Allianz Stadium in the semi-final.

However after an emphatic display in the semi-final the Sky Blues were unable to repeat the feat as the finished the season as runners up, falling to Melbourne Victory in the league’s showpiece event at AAMI Park. 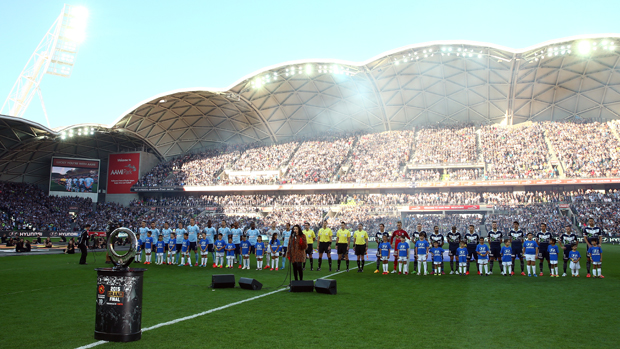