The extension to the on-going two-way partnership will see the Sky Blues continue to use the facilities at the North Ryde campus as their training hub for the Hyundai A-League and Foxtel National Youth League squads, as well as Westfield W-League squad training camps.

Sydney FC has been using the University’s Winter Field as their official training ground since 2007 and the new agreement will see this continue until mid-2021.

The club will also have use of the Macquarie University Sport and Aquatic Centre Health Club for training and post-match recovery sessions, in addition to conference and lecture rooms for official team meetings.

At the heart of the agreement is an increased interaction between the Sky Blues and Macquarie University across a range of educational, corporate and research associations.

Students of the University will also be able to utilise internship opportunities within the club, whilst the playing squad will be made available for player engagement and University events. 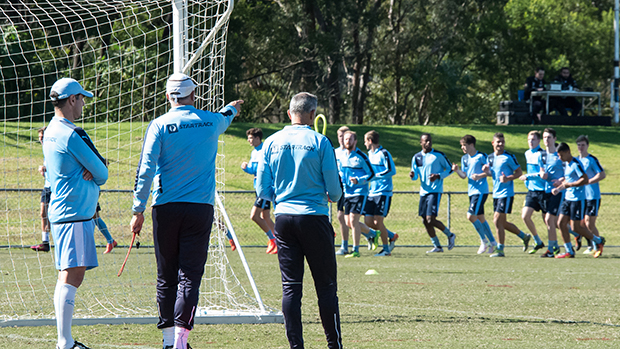 “Macquarie University have been a large factor in helping the Sydney FC family create a base from which to build and will be a major part in our next phase of growth,” he said.

“Everyone who joins Sydney FC speaks very highly of the facilities on offer, and to remain here can only hold the club in good stead moving forward.

“Macquarie University has played an integral role in our club over the last nine years and will again be important over the next five.”

“This agreement will see Sydney FC take a greater role in engaging students and staff on campus with some exciting opportunities to watch home games and get insights into behind the scenes on match day; internships and PACE (Professional And Community Engagement) opportunities will also be explored.”