Sydney FC have extended their unbeaten run to eight games (14 in all competitions) to remain at the top of the Hyundai A-League.

Sydney FC have extended their unbeaten run to eight games (14 in all competitions) to remain at the top of the Hyundai A-League.

Graham Arnold’s men secured a hard fought 0-0 draw against a dogged Adelaide United side with centre half Matt Jurman playing almost an hour of the game with a bandage around his head following a nasty head clash.

The result puts the Sky Blues seven points clear at the top of the table as they head to Melbourne for the FFA Cup Final on Wednesday night against Melbourne City at AAMI Park. 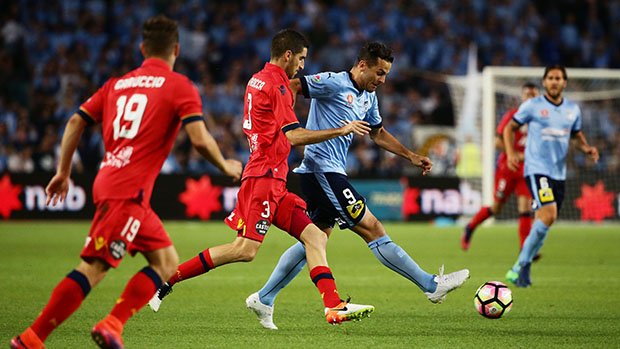 Graham Arnold: “I was very happy with the effort that the players put in. Every team is going to lift and we have to lift our performances as well. At the end of the game I felt that we were trying to win the game and they were trying not to lose. A point is better than zero and we move forward.” 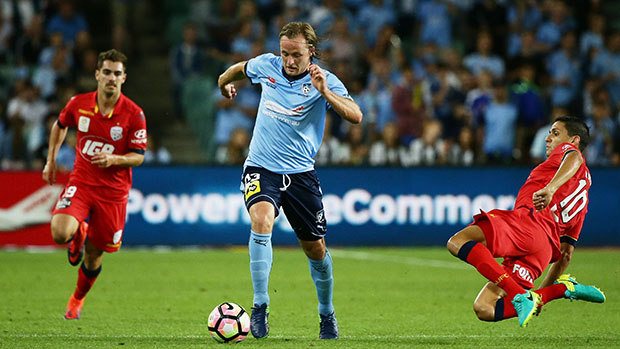 32’ JURMAN BLOODIED – Jurman rises for a header in the box and clashes heads with Holland.  He bleeds profusely and needs treatment to fix the gash.

44’ HOLOSKO CHANCE – A ball from Jurman to Bobô allows the Brazilian to set up former Besiktas team-mate Holosko who fires just wide with his right foot.

58’ CARRUSCA CHANCE – Garuccio gets clear on the left flank and cuts the ball back to Carrusca who hits a tame shot at Vukovic.

62’ HOLLAND CHANCE – Holland picks up the ball in the Sydney FC half and drives at the defence. He opens up the opportunity for a shot but it’s straight at Vukovic.

77’ NINKOVIC PENALTY CLAIMS – The Serbian is bundled over in the box as he tries to take the ball down but claims for a penalty are waved away. 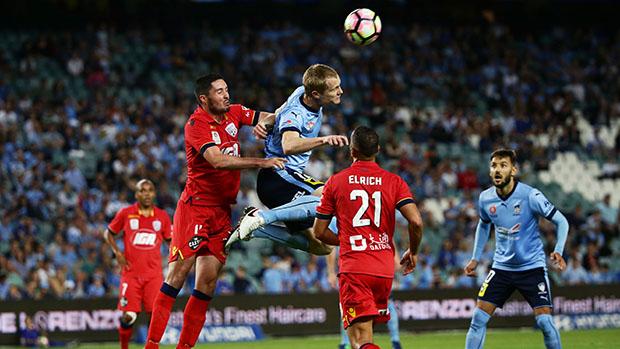