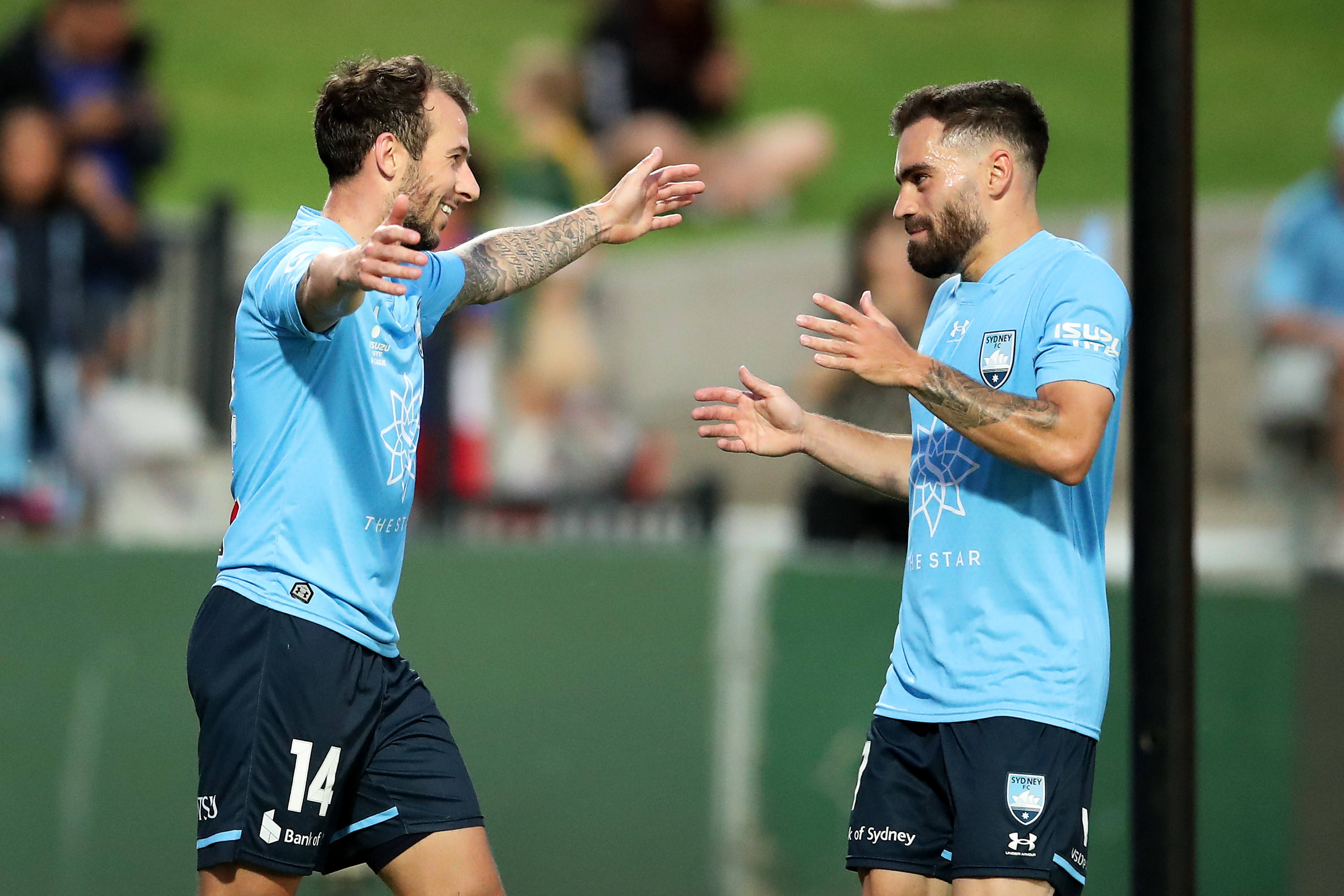 Sydney FC has secured a first three points of the season with Elvis Kamsoba and Adam Le Fondre goals deciding a 2-1 win.

KAMSOBA GOAL – 19’ – King crossed the ball from the byline and it’s headed back across by Van der Saag to Kamsoba who controls it and blasts it home.

PENALTY CLAIM TURNED DOWN – 28’ – Burgess charges forward and shoots and the keeper parries it.  Caceres picks up the rebound and appears to be tripped but no penalty is given.

KAMSOBA CHANCE – 37’ – Le Fondre feeds in Kamsoba who gets off a shot from a tight angle but the keeper is equal to it.

YAZBEK SHOT – 38’ – A corner is cleared as far as Yazbek on the edge of the box and he takes a touch before unleashing a shot which the keeper saves diving to his left.

LE FONDRE GOAL – 58’ – Caceres drives from deep in his own half into the Phoenix half and feeds Le Fondre who beats his man and drills it low into the corner.

CACERES SHOT – 64’ – Neat build up play from Van der Saag and Kamsoba finds Caceres who jinks past two players before unleashing a shot just over.

REDMAYNE SAVE – 78’ – Redmayne dives full length to tip a header from Waine behind for a corner.

WAINE GOAL – 83’ – A mis-hit shot from the edge of the box falls to Waine and the striker is free to slot the ball under Redmayne.

NINKOVIC HITS POST – 90’+4’ – The ball is fed back into Ninkovic who strikes it and the ball bounces off the inside of the post and away.

What They Said: Steve Corica: “I was very happy with the three points, that was the main thing tonight.

“Obviously results haven’t been going our way so we needed to get back on track and I think we did that tonight.

“We showed a good performance and maybe could have won by a little bit more in the end.

“Once they got the goal back it did put us under pressure and I’m very proud of the boys and pleased for them because they have been working hard and should have had a few results before tonight but we are off and running now.

The Sky Blues took the lead thanks to a bullet shot from Elvis Kamsoba in the first half before Adam Le Fondre increased the lead just before the hour mark after a positive run from Anthony Caceres.

Phoenix pulled a goal back late on after a lucky mis-hit shot fell the way of Ben Waine who finished under Redmayne.  The goal was initially chalked off but VAR overturned the decision.

The Sky Blues almost re-dressed the lead late on when Ninkovic hit the post but it wasn’t to be and they held on comfortably.