Sydney FC To Recognise Remembrance Round This Saturday

Sydney FC’s Hyundai A-League clash away against Newcastle Jets at McDonald Jones Stadium on Saturday 10 November will coincide with Remembrance Round and will be dedicated to remembering and acknowledging the service men and women who sacrificed their lives during times of conflict.

Sydney FC’s Hyundai A-League clash away against Newcastle Jets at McDonald Jones Stadium on Saturday 10 November will coincide with Remembrance Round and will be dedicated to remembering and acknowledging the service men and women who sacrificed their lives during times of conflict and also coincides with the Centenary of the Armistice.

‘Remembrance Round’, a joint initiative between Football Federation Australia (FFA), the Hyundai A-League Clubs and the Australian Defence Force (ADF), will be observed at all matches during Round 4 of the Hyundai A-League as well as at the Westfield Matildas v Chile match at Panthers Stadium.

Remembrance Round is a significant opportunity to be able to commemorate Remembrance Day with the ADF, RSL (Returned & Services League of Australia), and the Football Community in Australia.

FFA Chief Executive Officer David Gallop AM, was proud that the FFA is once again partnering with the ADF and the RSL to recognise the brave men and women that have served their country. 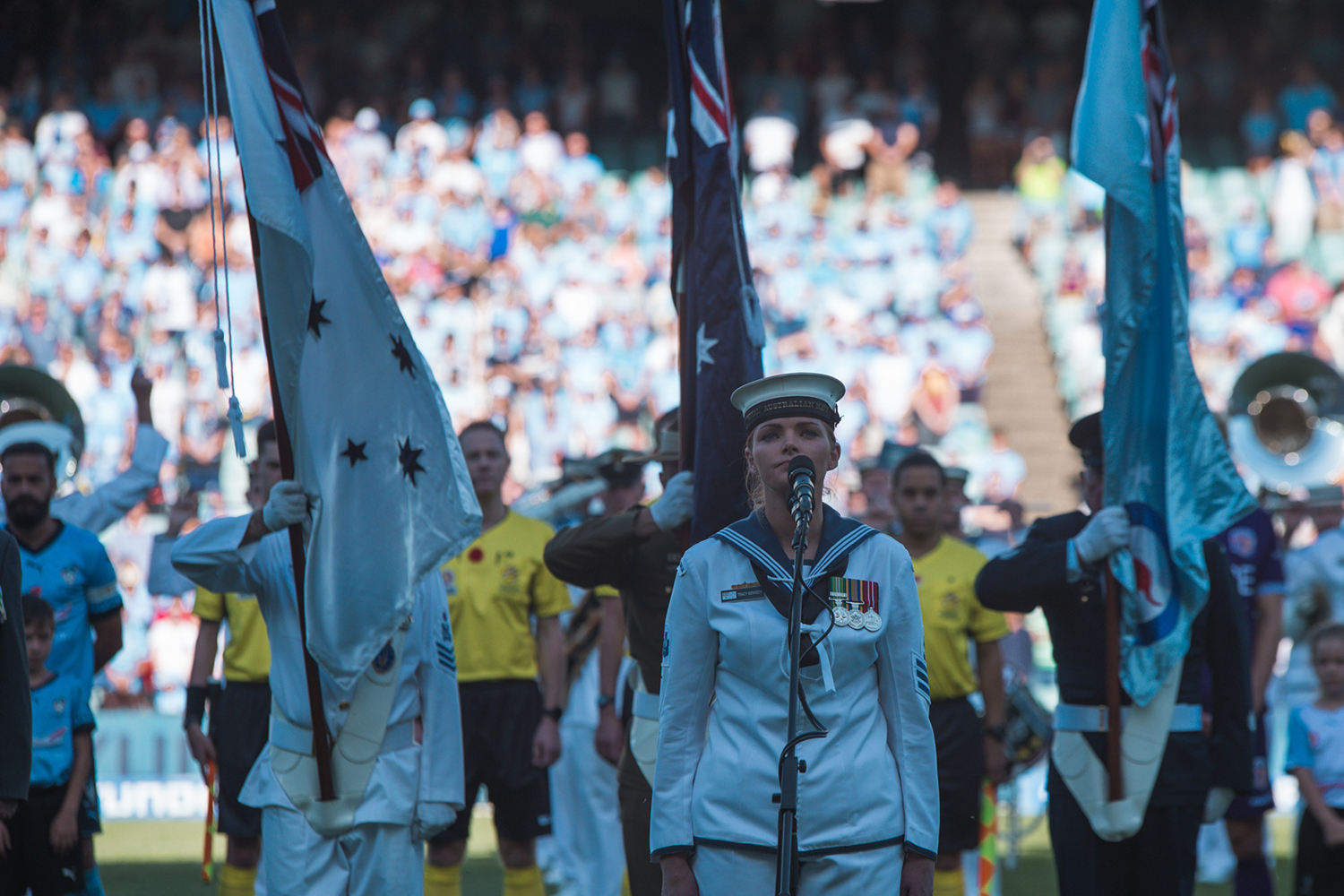 “Remembrance Round allows us to support the observance of Remembrance Day nationally and reflect on the heroes who have given their lives in the line of duty,” said Gallop.

“This year’s Remembrance Round takes on an added special significance as it coincides with the one hundredth anniversary of the Armistice that ended the first World War.

“Lest we forget those that have sacrificed their lives to ensure that our way of life is preserved,“ concluded Gallop.

FFA’s Head of League’s, Greg O’Rourke, echoed Gallop’s thoughts and paid tribute to the Hyundai A-League clubs for their support of Remembrance Round.

“Our ‘Remembrance Round’ initiative commenced in 2016, and this year has grown to include an increased number of pre-game ceremonies and club specific initiatives to honour our service men and women.

“I am very proud that all our clubs have proactively and meaningfully engaged with the ADF and RSL in their local communities, and it will be fantastic to see this planning come to life in recognition of our armed forces this weekend,

“Before every match this weekend there will be an ADF military order of service as a mark of respect to those that have served their country concluded O’Rourke.

In addition, all Hyundai A-League clubs hosting matches this weekend will have special ticket offers for serving ADF members to recognise and thank those in the defence forces and all clubs will use the opportunity to raise funds for the Poppy Appeal through the auctioning off of their commemorative playing kits which will be used during the round.