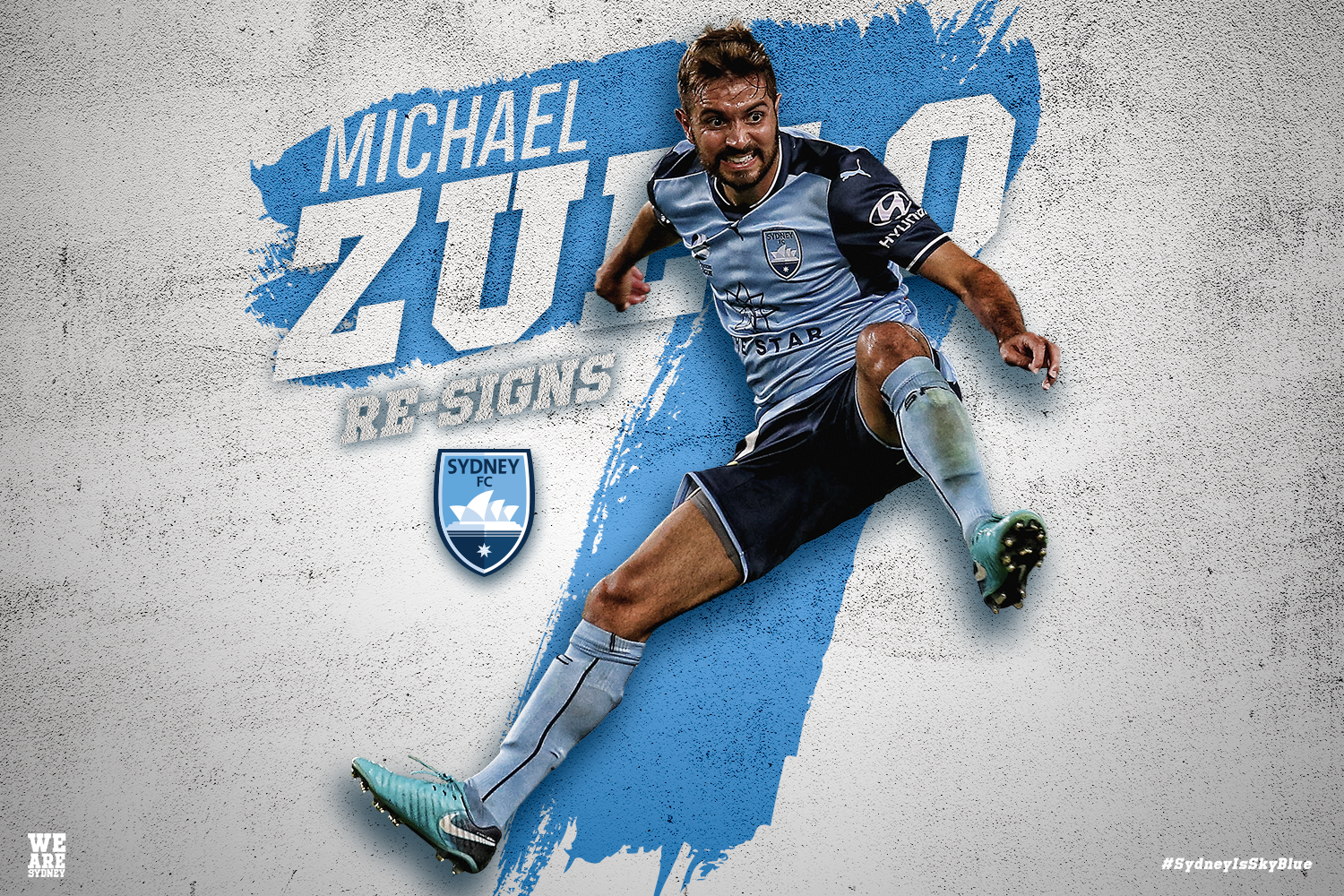 Integral to the Sky Blues’ record breaking 2016/17 double winning side and having helped the club to a phenomenal start to season 2017/18, Zullo will remain a Sky Blue for another two campaigns which will see him eclipse his longest spell spent at one professional club (Brisbane Roar & FC Utrecht – 3 seasons).

Voted the best left back in the A-League, and having played his way into the PFA (Professional Footballers Association) Team of the Season for 2016/17, Zullo has enjoyed the most successful period of his career at the Sky Blues, winning the Hyundai A-League Premiership, Hyundai A-League Championship and the Westfield FFA Cup.

The 10-capped Socceroo said he was pleased to be extending his contract.

“It’s an honour to be remaining a Sky Blue for a further two years,” Zullo said.

“Sydney FC offers me everything on and off the pitch that you could ask for.  It’s the biggest and best club in the country and there is nowhere else I’d rather be playing my football than within the family environment we have here.

“I’m hungry for even more titles, especially with the 2018 AFC Champions League just around the corner.

“I’m excited to continue growing as a player and person on and off the field and assume even more responsibility within the club.”

“Michael is one of the integral cogs in our defensive unit and it’s pleasing to have him on board for another two seasons,” Arnold said.

“He’s a fantastic player to work with and his presence within the playing group only brings out positives.”

Sydney FC return to Hyundai A-League action away against Adelaide United at Coopers Stadium on Sunday 14 January (kick off 7pm AEDT). Catch the match live on Fox Sports 501 at The Star, Sydney FC’s Home Away From Home or follow @SydneyFC on Twitter for updates.