Sydney FC have re-signed young fullback Riley Woodcock on a new one year deal for the Hyundai A-League 2016/17 season, the club confirmed today.

Woodcock joined the Sky Blues for the Hyundai A-League 2015/16 season and featured heavily for Sydney FC in the club’s record setting AFC Champions League campaign, earning himself an assist against the 2015 Asian Champions Guangzhou Evergrande in China.

The talented 21 year old has featured for various youth Australian teams during his career, including captaining the Young Socceroos (U20’s), while progressing through the youth ranks in his native Perth where he won the Young Player of the Year award in the 2012/13 season.

Woodcock said he was excited to be re-joining Sydney FC for the upcoming season.

“I’m very happy to be back,” Woodcock said.

“Last year was a tough year for me, but I thought I ended the season on a positive note so now I’m back and fit and really excited for this season.

“There’s tough competition here, but I got my foot in the door at the backend of last season and I’m hoping to kick on from where I left off.

“I always wanted to come back to Sydney FC. I love the club, the Members and fans, all the coaching staff and players are great so it was a pretty easy decision.” 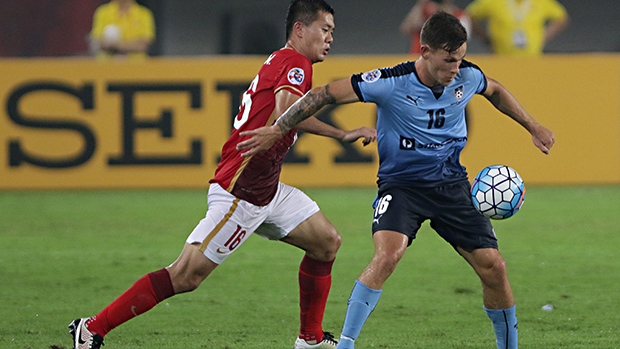 Head Coach Graham Arnold said he was glad to have secured a player of Woodcock’s potential for the 2016/17 season.

“Riley’s addition to the squad will boost our defensive stocks and provide adequate cover in the left fullback position,” Arnold said.

“He’s a talented defender and showed his potential in our Asian Champions League campaign last season.

“With a return to full fitness I’m expecting more from Riley this season and looking forward to seeing him continue to develop as a footballer at Sydney FC.”

Woodcock will wear the number 3 jersey for the upcoming season.