Sydney FC have welcomed Westfield Matilda Amy Harrison to their squad for the remainder of the Westfield W-League 2016/17 season, the club confirmed today.

Harrison returns to the Sky Blues following a 12 month absence after tearing her ACL in December 2015, and will slot back into the Sydney FC midfield she so dominated for the 2014 and 2015/16 seasons.

A fully capped Westfield Matilda, Harrison was voted the 2014 Westfield W-League Young Player of the Year and has made a total of 31 appearances for Sydney FC to date, scoring three goals.

The 20 year old said she was thrilled to be back on the pitch with Sydney FC.

“It’s been a long 12 months and I can’t wait to get back out there.

“Without a doubt the recovery was the hardest time of my life, but it taught me a lot and I just can’t wait to be back on the field and it’s not too far away now.

“I think the girls have done really well so far this season. They’ve built a strong platform, each week they’re looking better and it’s all coming together at the right time of the year.” 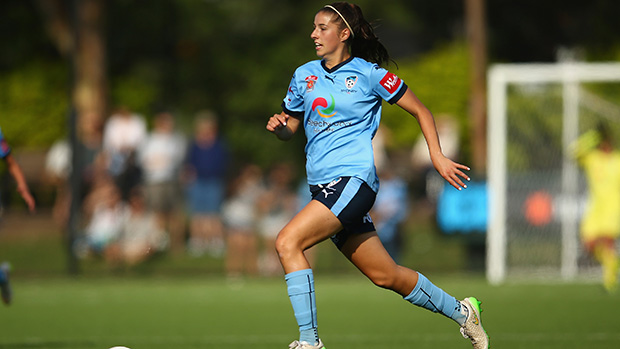 Sydney FC Westfield W-League Head Coach Dan Barrett paid testament to Harrison’s desire to return from injury and said it was pleasing to have her in the playing group again.

“Amy has worked extremely hard to get to where she’s at today,” he said.

“I have seen her dedication that has got her to this point and I know it has been a long and tough road for her.

“Her commitment to getting herself fit again has been second to none. She is a quality player and a quality person to have back around the playing group full time.”