The Canberra born centre half joined Sydney FC’s Foxtel National Youth League squad in 2014 from the ACT National Premier League, and has excelled in his two seasons with the team. 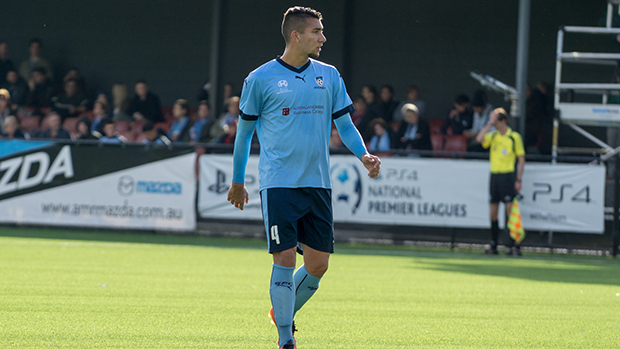 The 19 year old has represented the Young Socceroos on three occasions and said he was delighted to have earned a Hyundai A-League contract with his childhood team.

“I’ve been a fan of Sydney FC since I was a young boy, so to sign a professional contract with my childhood club is one of the biggest highlights of my career.

“Graham spoke to me one on one about my season and told me at training that I was earning a contract. It was a bit unexpected but I’m really happy and can’t wait to get started.

“I just want to keep improving as a player, help the team in any way possible to win all three trophies this year and hopefully break into the first team make my A-League debut.”

Head Coach Graham Arnold said the young defender’s attributes and his performances in the youth team helped secure him a promotion to the Hyundai A-League squad.

“George is a left-footed central defender which is hard to find here in Australia,” Arnold said.

“He’s trained with us often and his promotion to a first team contract shows all the Academy players and youth team players that they have a perfect pathway set for first team football at Sydney FC.”