Sydney FC has drawn with Western Sydney Wanderers 1-1 in the latest instalment of the Sydney Derby at ANZ Stadium to extend their undefeated streak against their cross-town rivals to two years. 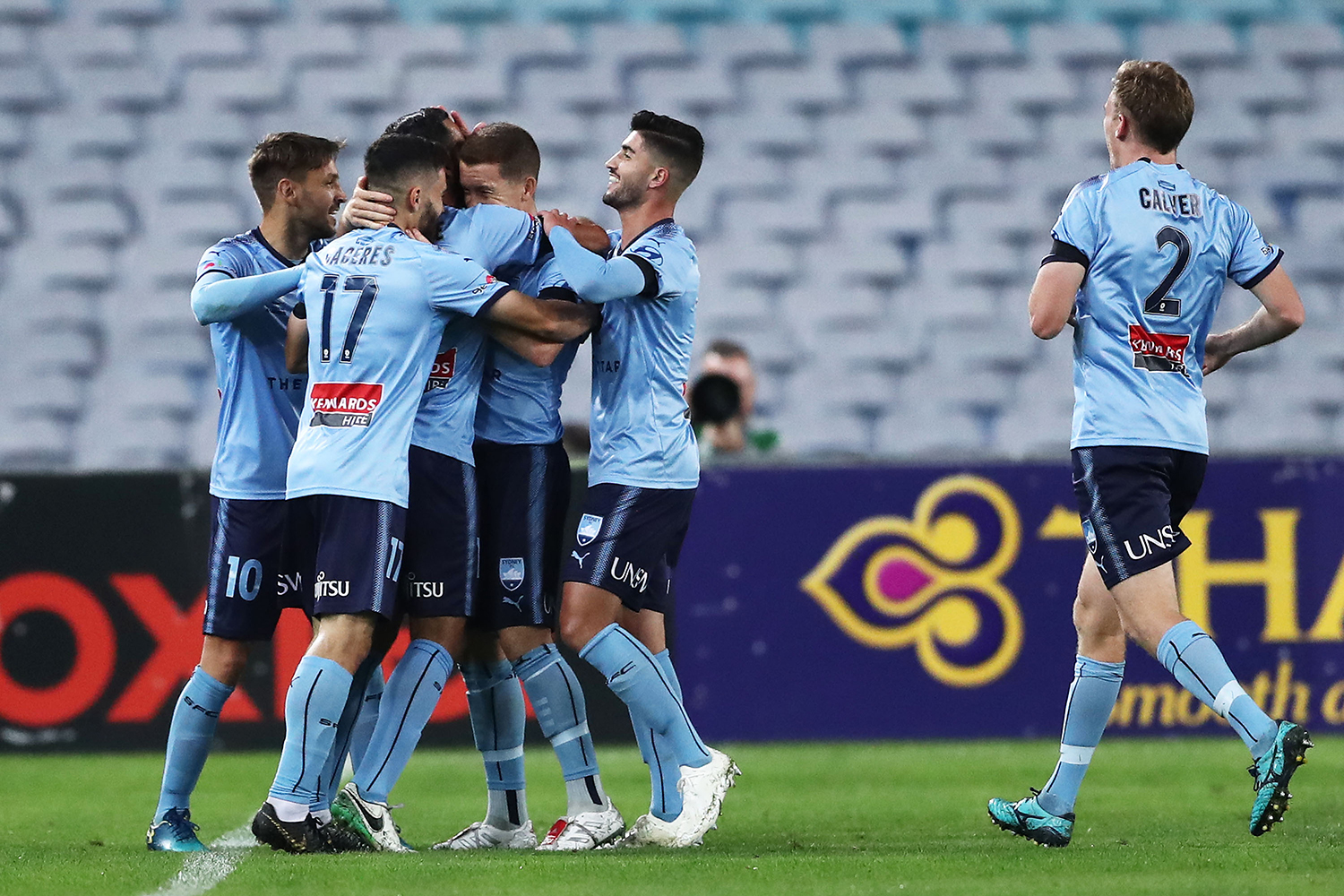 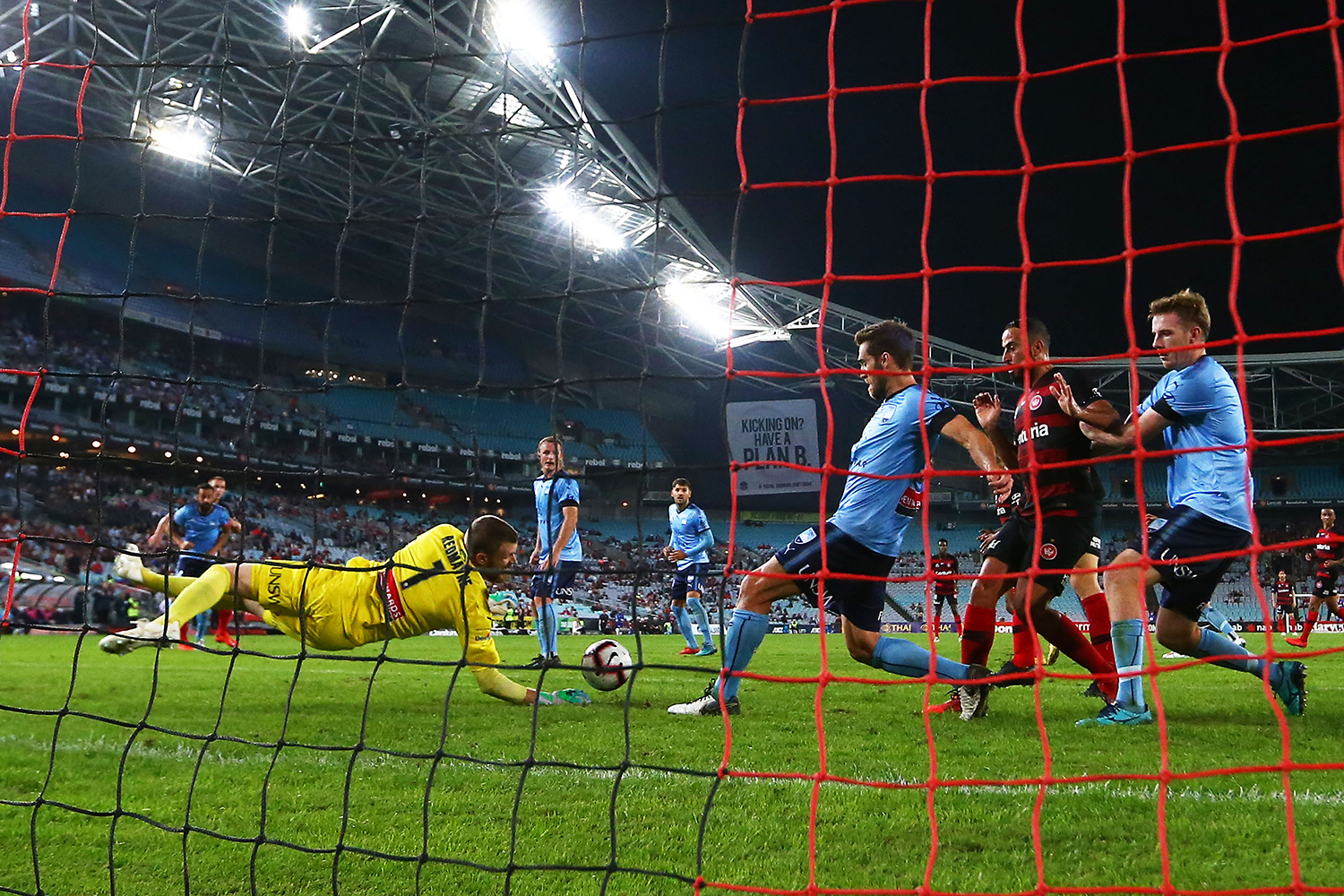 The Sky Blues early dominance was rewarded within the first ten minutes of play when Brosque finished off some great play in the lead up by Caceres.

For the few times Western Sydney threatened in the first, Redmayne provided some exceptional reaction saves to maintain the lead.

Chances fell the way of both sides throughout the second stanza with Le Fondre almost sealing a vital three points in the fifth minute of injury with an audacious long-range effort.

It wasn’t to be as the game ended level meaning another season we have remained undefeated in Sydney Derby encounters.

Corica’s men will take on Perth Glory next in a tantalising top of the table clash at Jubilee Stadium next Thursday night. 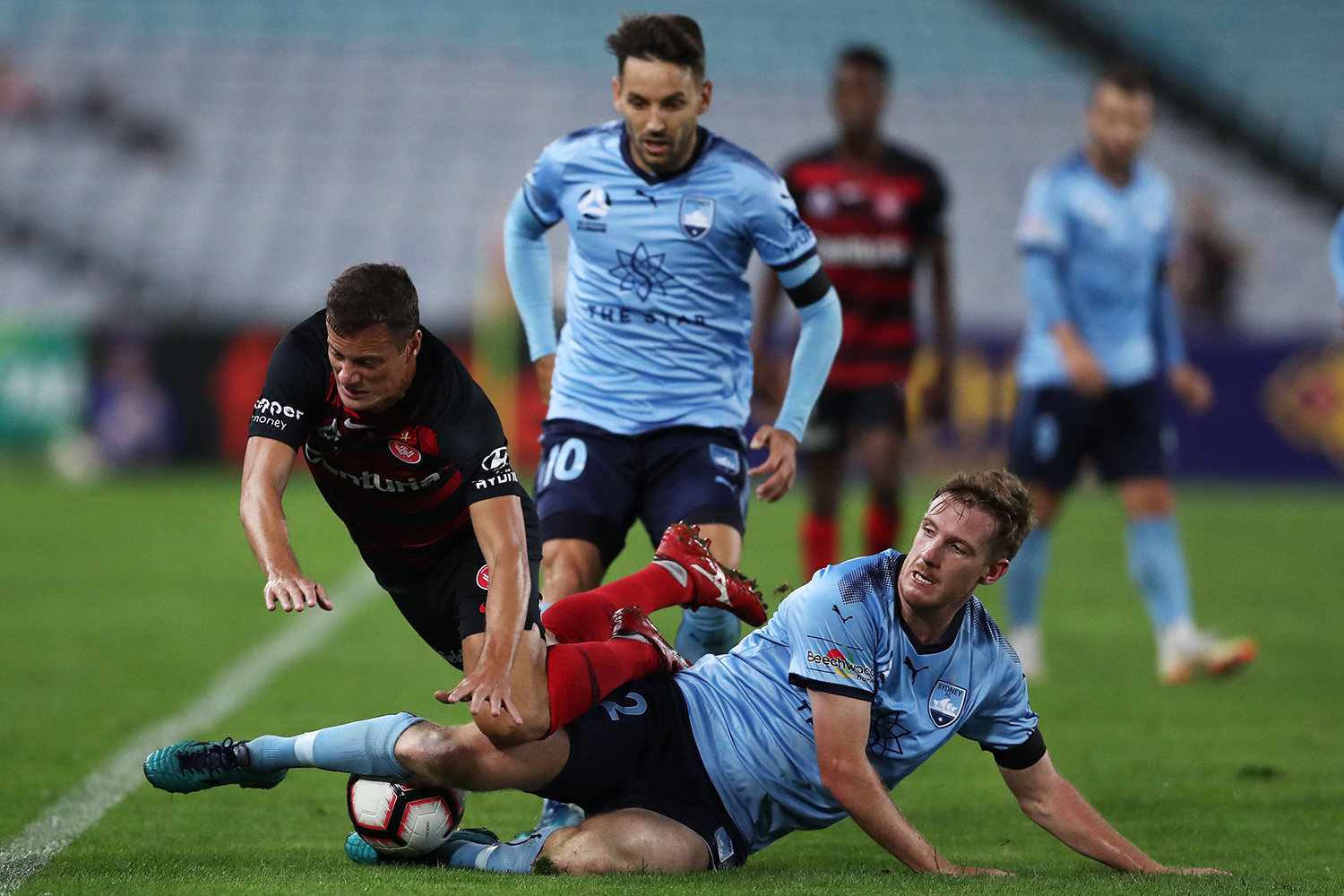 “The effort was there and they pushed right until the end to get the winner and it was very end to end. First half you could see we had more energy.

“Other than the deflection for their goal, Redders only had to make a couple of saves. They had their chances, as we did.

“Our boys played well and put in the effort we expected. The players will be disappointed we were winning 1-0 and didn’t see the game out.

“I said to the boys be ready for them because we’ve beaten them three times and they want to put one on us.

“The boys wanted to win by more and that was the message at half time. Wednesday took it out of them even mentally leading three times and again here tonight but they showed great character.” 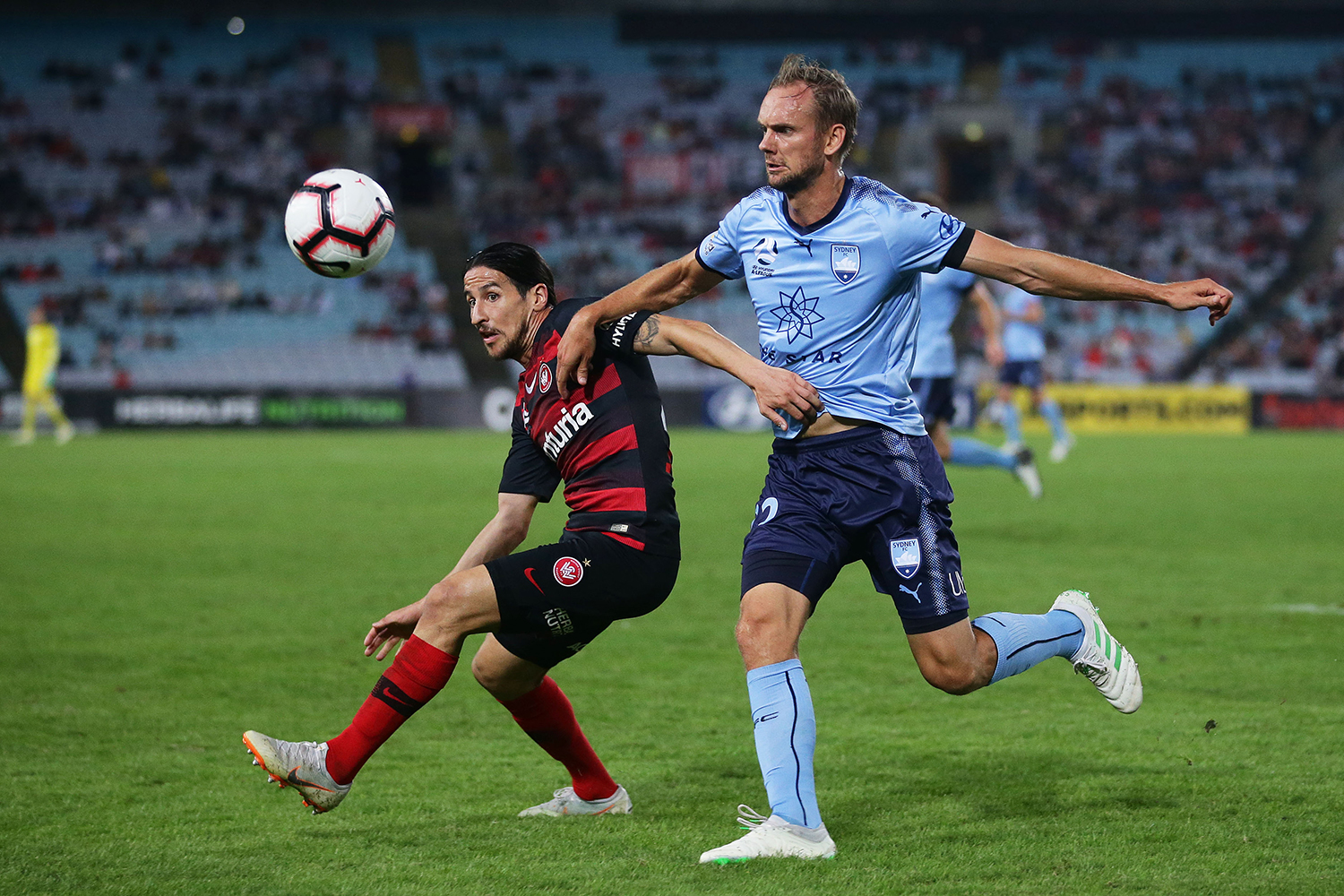