Sydney FC One Game From History 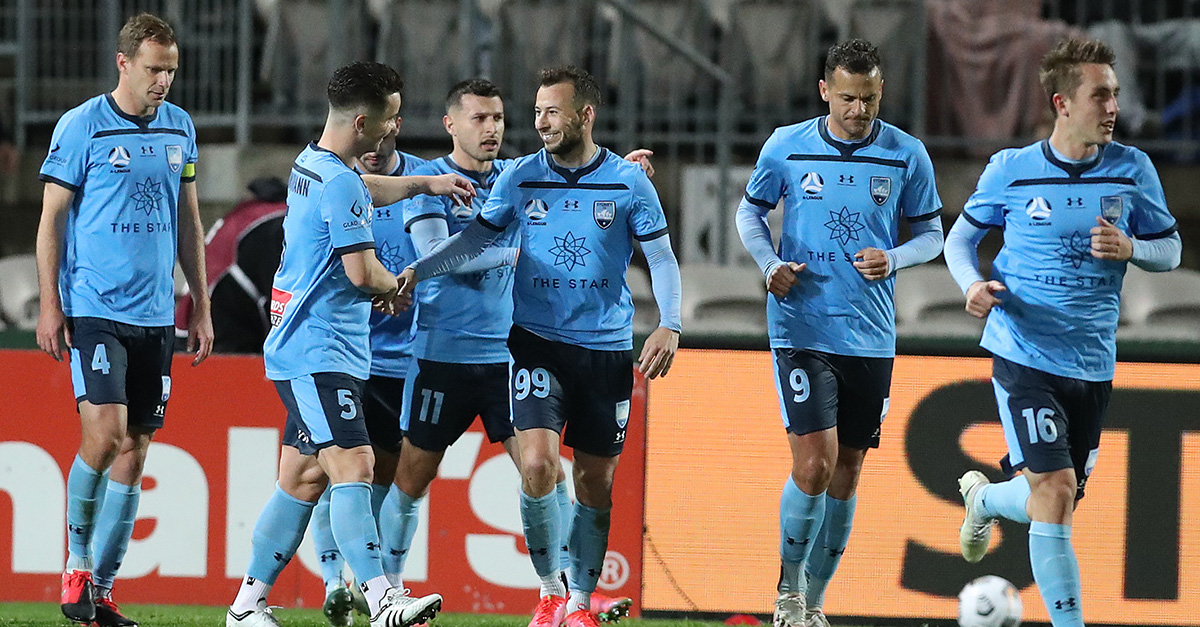 Sydney FC are one match away from creating football history and becoming the first team to win three consecutive A-League Championships.

Goals from Bobô and Adam Le Fondre sealed a 2-1 semi-final win over Adelaide United at Netstrata Jubilee Stadium in an enthralling clash, as the Sky Blues made it to their fourth Grand Final from the last five.

Sydney FC will compete in next Saturday’s A-League Grand Final after overcoming a resolute Adelaide United 2-1 at Netstrata Jubilee Stadium.

Adam Le Fondre opened the scoring from the penalty spot after Kosta Barbarouses had been brought down by goalkeeper Delianov, before a superb second goal from Bobô just before the break, following two fantastic first time balls from Caceres and Joel King.

Le Fondre had the chance to make it three just after half time when Barbarouses was once again brought down in the area, however Delianov made a great save to deny him.

The Reds pushed forward and were rewarded with 25 minutes to play when Juande smashed home a long range effort after Juric’s free kick was blocked.

It led to a nervous final period, however Sydney FC defended admirably to secure a chance at making history.

What they said: Steve Corica: “I’m very proud to be in another Grand Final. The boys were outstanding again tonight, and overall I think they deserved it.

“We had a lot of players out and still these boys showed their quality.

“We’ll wait and see for tomorrow, we’ll watch the game (other semi-final), and then we’ll start planning our week and getting prepared for another Grand Final, which is so pleasing.”