Last night at the annual Sport NSW Awards, Sydney FC were named as the Sport NSW Team of the Year for the second consecutive year, after a sensational last 12 months in the Hyundai A-League, FFA Cup and AFC Champions League competitions.

Last night at the annual Sport NSW Awards, Sydney FC were named as the Sport NSW Team of the Year for the second consecutive year, after a sensational last 12 months in the Hyundai A-League, FFA Cup and AFC Champions League competitions.

The nomination period for the award began right before the Sky Blues 2017 FFA Cup victory, and after that the side went on to dominate the A-League finishing the season as Premiers with an outstanding 64 points – the second-highest ever behind their own record from the season prior.

When the Sky Blues won the FFA Cup, they held all three major trophies at one time – a clear indication of the dominance they have displayed for so long and proof of their standing within NSW sport.

Sydney FC knocked off some very strong competition, including the NSW Blues State of Origin side who defeated Queensland in the series, the Sydney Sixers WBBL team that won the competition and many more quality outfits.

It is something that everyone involved with the club, particularly CEO Danny Townsend, are very proud of and shows the strides the club is making in sport in this state and abroad. 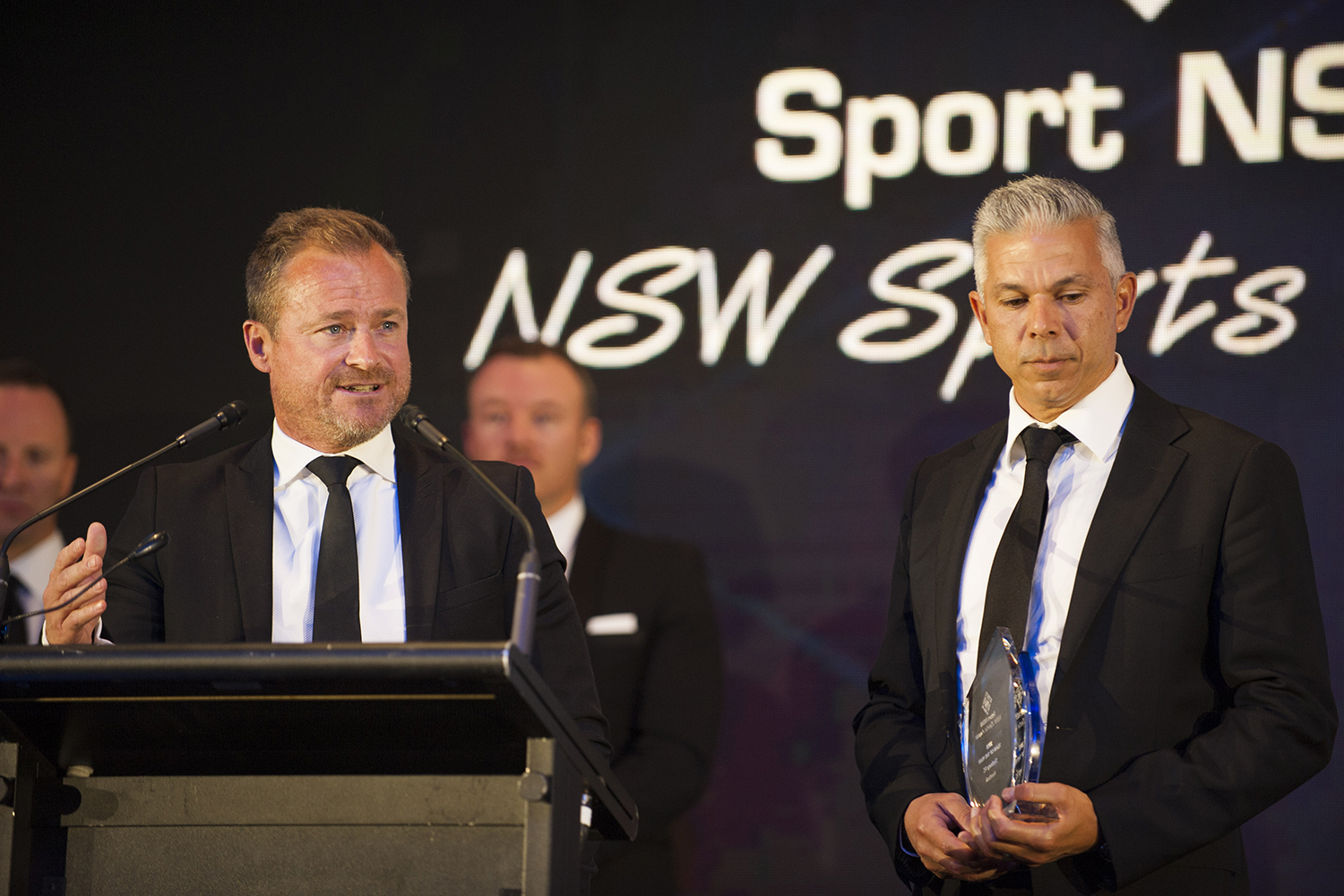 “I’d put it all down to consistency – we’ve made sure to remain at a very high standard over the last few seasons and under the leadership of Graham Arnold last year the squad went from strength to strength.

“Being able to hold all three trophies at one time shows the level of professionalism at the club,” Townsend said.

“We take our position in football and in NSW very seriously and have pride in representing the state, so it’s great to be able to do that on both a national and international stage, and to be named NSW’s best team is a great honour.”

Townsend was in attendance to receive the prestigious award alongside Head Coach Steve Corica, who believes that the recognition is a true testament to just how integral the Sky Blues are to sport in NSW and Australia and proves how successful the club really is.

“I’ve been involved with the club since its inception so it really is fantastic to see us get this recognition and receive such a prestigious award and for the second year in succession.

“We pride ourselves on being the best and to receive the NSW Sport Team of the Year again is a strong indicator for where we are at right now,” Corica said.

“It’s been great to be a part of the success and hopefully we can continue to grow both on and off the field and remain at the top of football in both NSW and Australia.”

The Sky Blues take Central Coast Mariners this Saturday at Central Coast Stadium, before returning home the following week for our second game of the season at Jubilee Oval against Wellington Phoenix.