Sydney FC have moved into second spot on the Westfield W-League ladder after claiming an impressive 3-1 away victory over Brisbane Roar on Saturday evening.

A brace to Caitlin Foord and a Natalie Tobin strike were enough to see off the Roar at Lions Stadium, who hit back temporarily through a fantastic solo goal by Allira Toby.

Brisbane had a glut of chances early on but couldn’t find a way past the Sydney FC defence in sweltering conditions in the Sunshine State.

With drinks breaks mandatory it was the visitors who used the delay in play to their advantage, netting two goals shortly after the resumption.

Firstly, Tobin struck after a goalmouth scramble from a corner, the midfielder finding the bottom left corner amidst the chaos.

Savannah McCaskill then slammed an effort off the left post before Roar defender Leah Davidson was ruled to have handled the ball inside the penalty area and the referee duly pointed to the spot.

Up stepped Foord and the Westfield Matilda made no mistake from 12 yards. 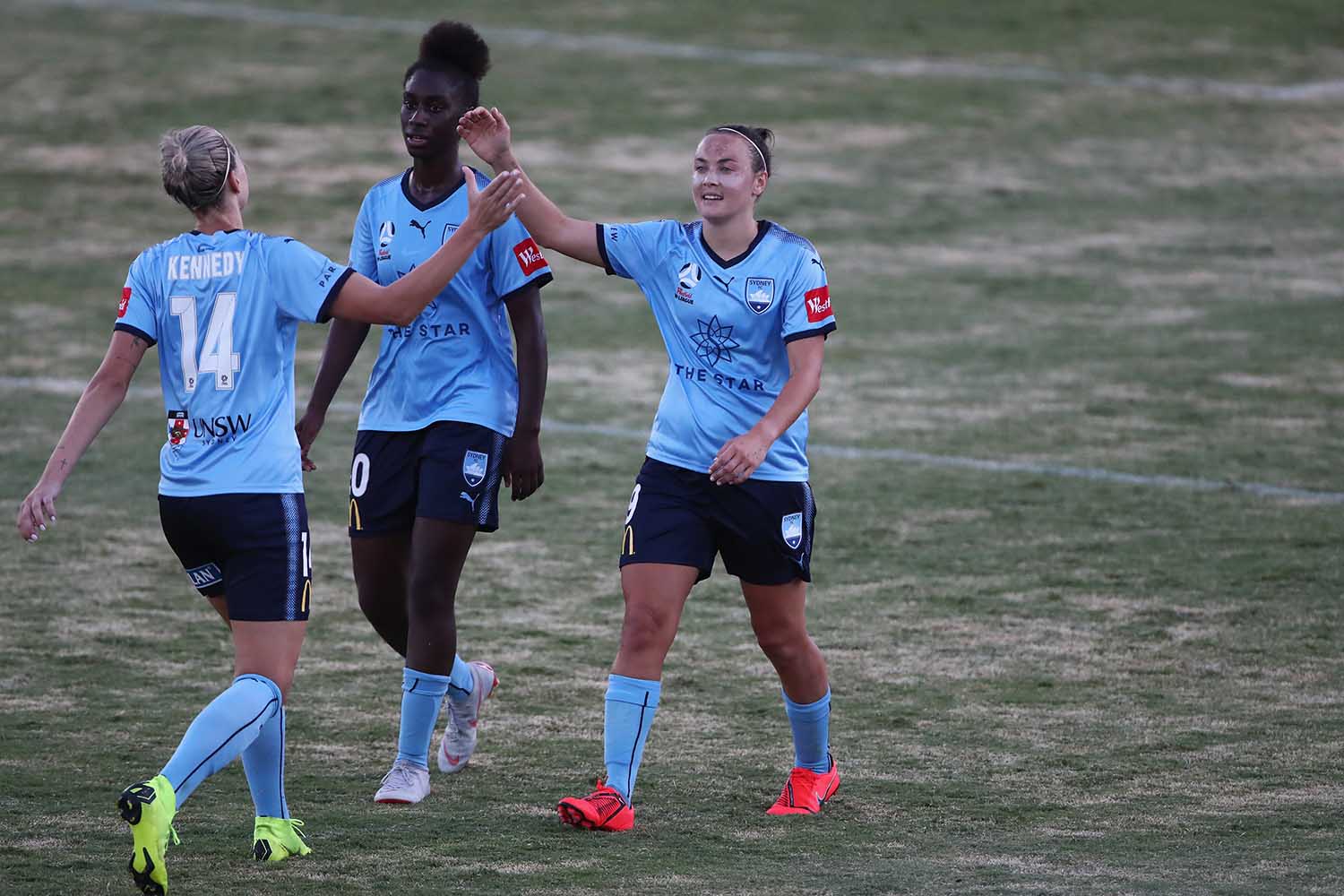 Brisbane weren’t down and out however and hit back minutes before half-time through an amazing individual effort by Toby.

The Roar forward pounced on a stray pass and proceeded to beat three Sky Blue defenders before rounding Aubrey Bledsoe and slotting it.

The home crowd had even more to cheer about when Hayley Raso made her long-awaited return from injury after the interval and she almost had an immediate impact, shooting just wide after breaking away.

Foord had a shot deflect off the woodwork before Chloe Logarzo was forced off with an injury, replaced by veteran Lisa De Vanna.

Then, with 15 minutes to play the match turned on a key moment, the home side thought they had a free-kick just outside Sydney’s box but the referee was unmoved, only for De Vanna to play a defence-splitting pass through to Foord who calmly put it past Mackenzie Arnold in goal.

The home side pushed hard for a way back into the game but the Sky Blues held firm to leapfrog their opponents.